The breathless headlines have arrived : “Humans are causing climate change: It’s just been proven directly for the first time” All they actually did was replot the same graph which the US Government has had out there for several years. “Analysis of warming since 1881 shows most of the increase in global temperature happened before 1919 — before the more re-cent sharp rise in the amount of carbon dioxide in the atmosphere, said Thomas Karl, of the National Oceanic and Atmospheric Administration’s National Climatic Data Center in Asheville, N.C. While global climate warmed overall since 1881, it actually cooled from 1921 to 1979, Karl said” 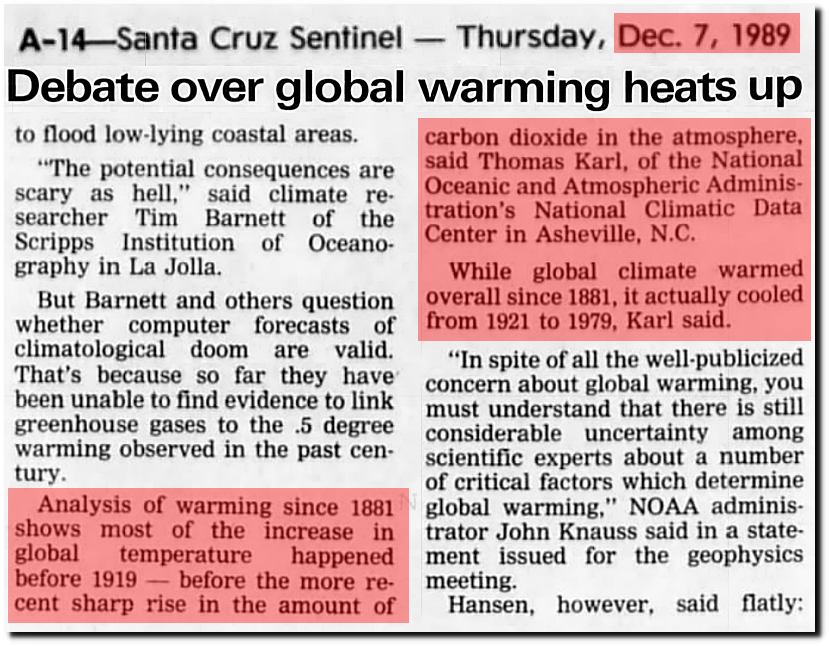 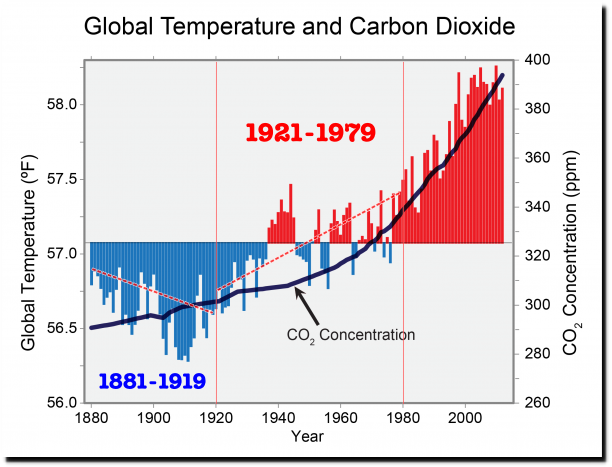