Five years ago, this study looked at the relationship between snowfall accumulation and temperatures in West Antarctica: 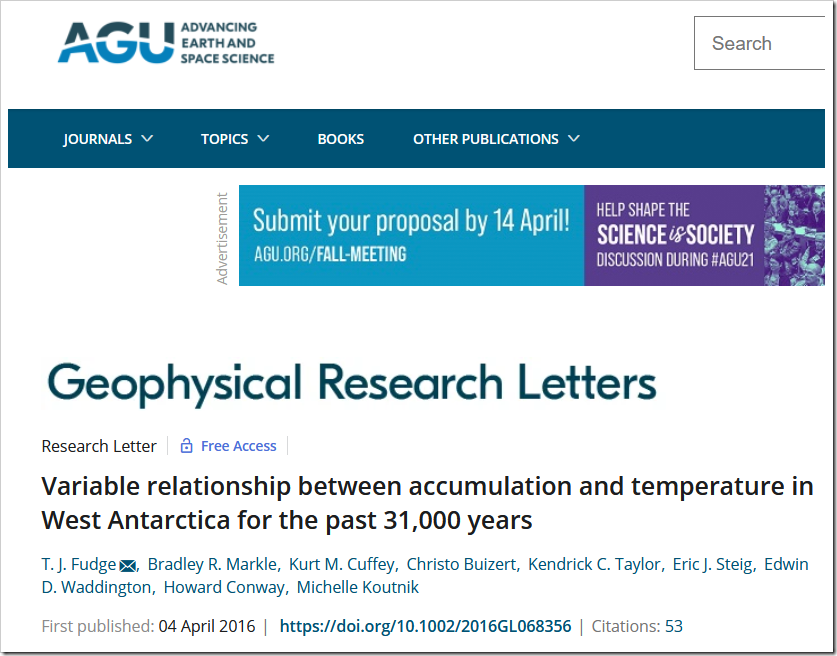 It found that there was good correlation over the last 8000 years, with higher temperatures coinciding with higher snowfall: 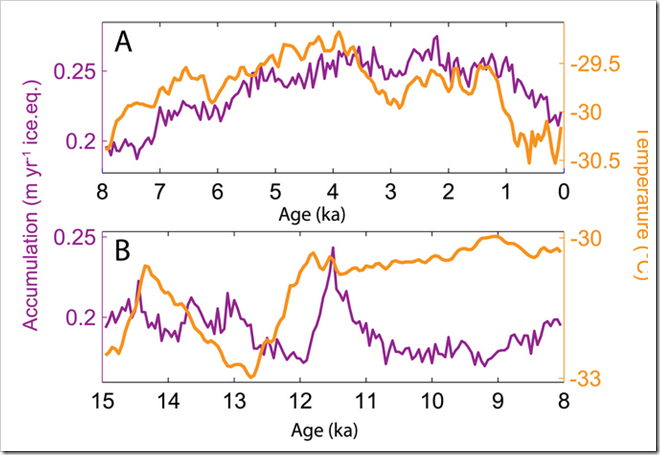 But the most significant item was the temperature trend itself. West Antarctica has actually been warmer than now for most of the last 8000 years.

There is even clear Little Ice Age event.

So much for “unprecedented warming”.

The temperature record is derived from ice-core data, which has been well established for some time now.