London, 16 April: The Global Warming Policy Forum has condemned what it called the “obscenity” of windfarm subsidies and has called for a complete rethink of energy policy.

GWPF research has shown that just six offshore windfarms are now sharing £1.6 billion pounds in subsidies between them every year. Three receive annual subsidies of over a quarter of a billion pounds each year. On a single day in April last year, Hornsea 1 received a subsidy payment of nearly £1.5 million pounds. 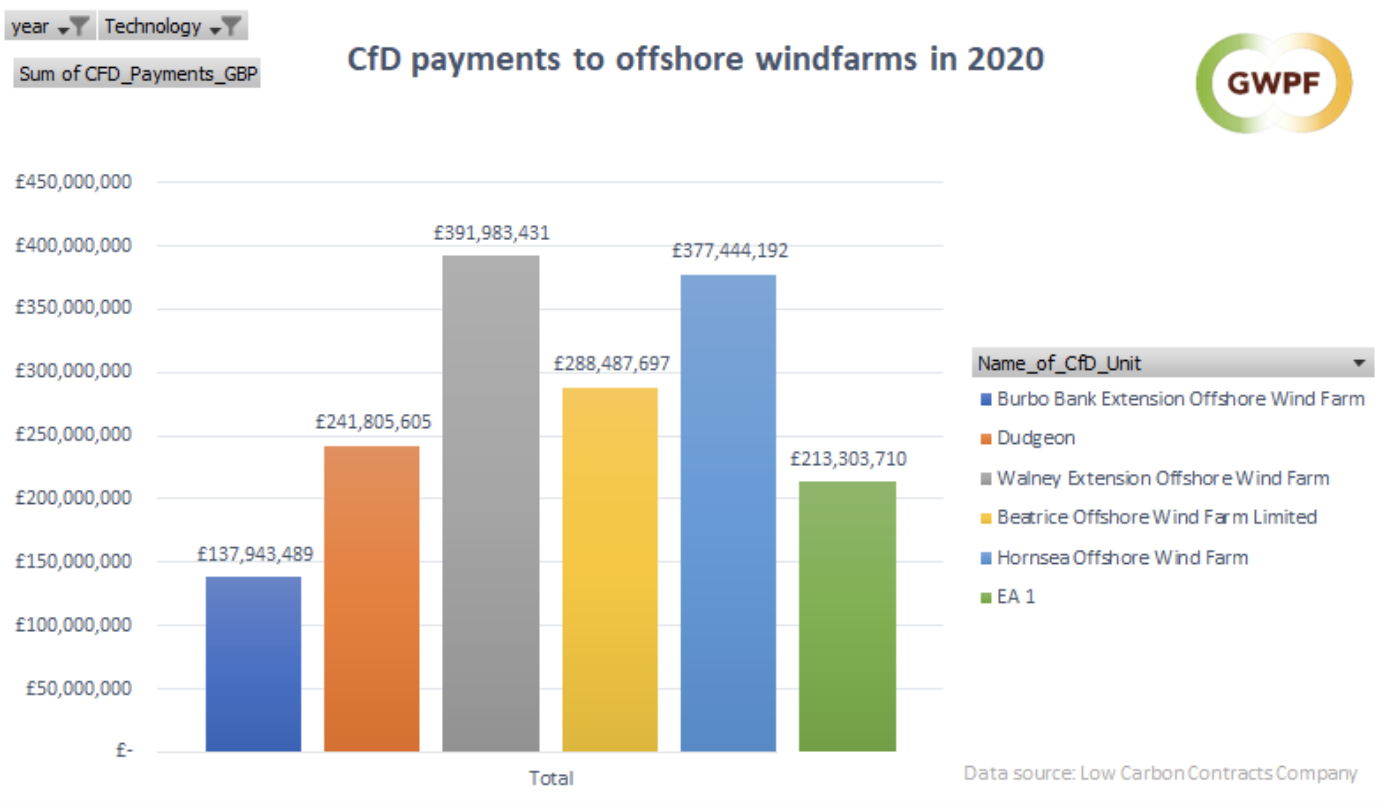 The level of subsidy is sufficient to cover the construction cost of these windfarms in just six or seven years, meaning that future payments will represent almost pure profit for the operators.
The cost of the Contracts for Difference regime is accelerating, and rose by £0.7 billion last year alone, reaching £2.3 billion in 2020. Consumers are already paying out £6 billion under the Renewables Obligation and another £1 billion under the Capacity Market.
Direct subsidies therefore amount to an annual payment from each household of £350, a sum that is rising by at least £25 per year. 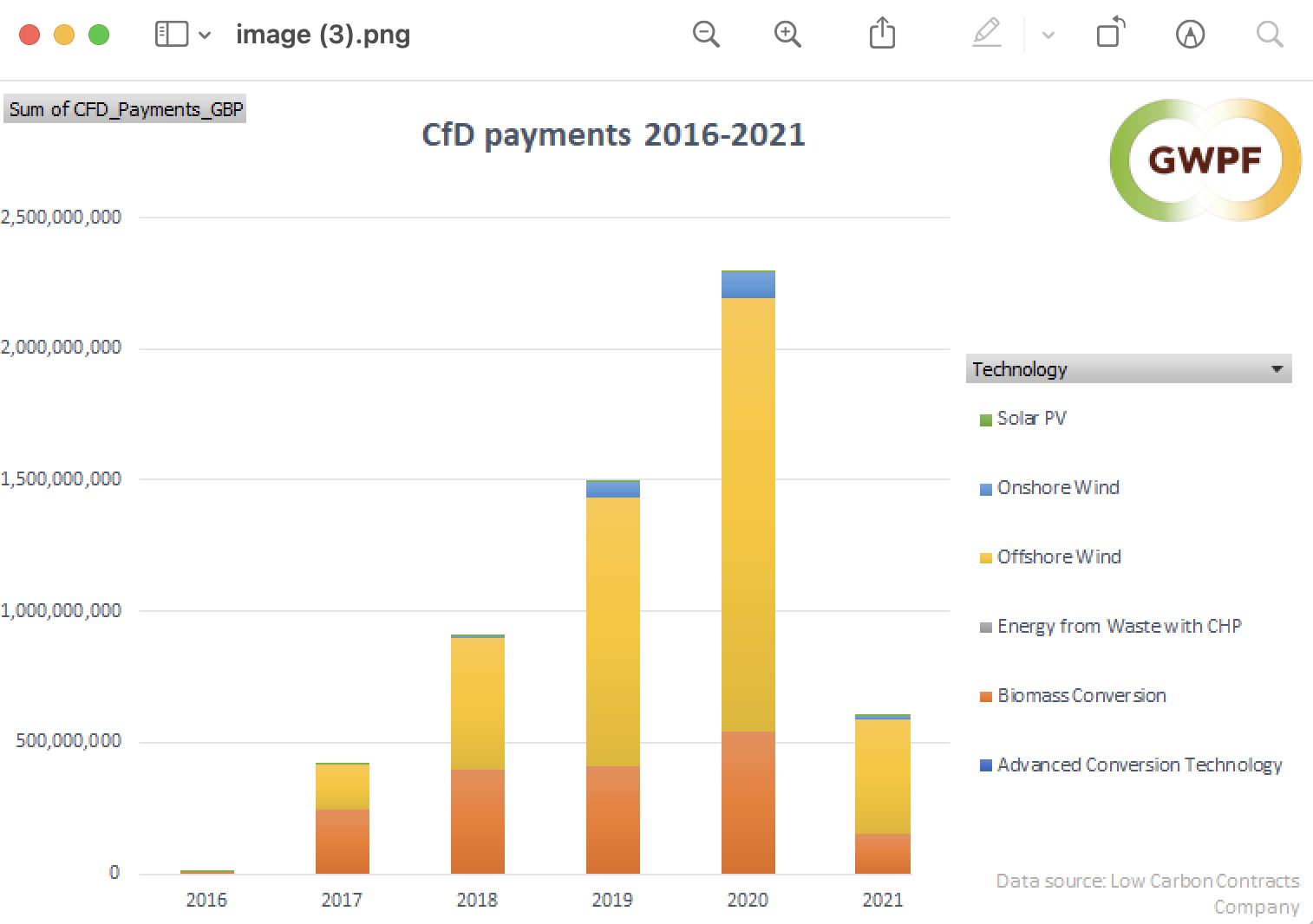 There are further bills to pay too, because windfarms are causing destabilisation of the electricity grid. The cost of the Balancing Mechanism, which deals with grid imbalances, is rising rapidly, costing each household £65 per year, a figure that is rising at a rate of £20 per year.
And the consumer is having to pay for upgrades to the electricity grid too.
Lord Lawson, GWPF director, said:
"We are in the middle of an economic crisis and consumers are hit with astronomical costs for unreliable wind energy. These multi-billion subsidies are not only a massive transfer of wealth from the poor to the rich, but are damaging the UK economy as a whole. This madness has to stop.”
Benny Peiser said:
"The level of handouts is an obscenity. Every time a new windfarm comes on stream, the consumer is hit with a double whammy – a relentless increase in annual subsidy payments to windfarm operators and an annual bill for fixing the damage that is done to grid stability. This can’t be kept hidden for much longer. The chickens are coming home to roost very soon, and there will be a big political price to pay”.