At Boris Reitschuster’s site, Christian Euler reports on virologist, 2008 Nobel laureate Dr. Luc Montagnier, who recently called the current policy of mass vaccination “a serious mistake” and “a scientific and medical error” – adding that it is also “unacceptable.” 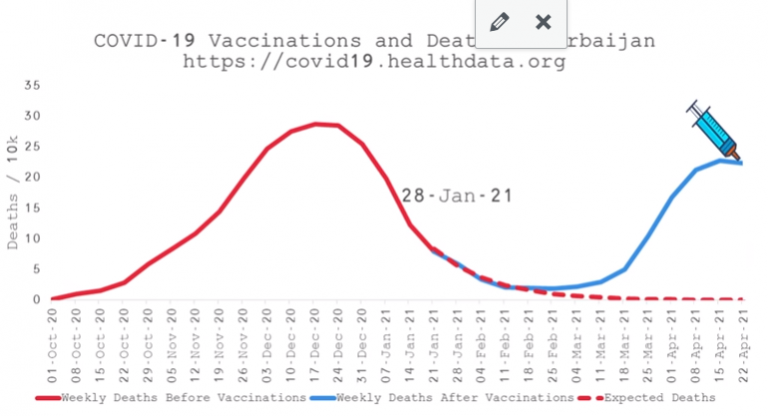 In an interview with the RAIR Foundation USA portal, Montagnier stated that we were dealing with something potentially dangerous: “a vaccination that creates the virus variants” in a phenomenon known as “antibody-dependent enhancement” (ADE). He also warns that epidemiologists are keeping “silent about it”.

“…manifesting themselves around the world”

According to Montagnier, physicians and scientists have reported “a spike in Corona outbreaks in nursing homes in late February, shortly after residents had received their COVID vaccinations.” and that “the problems with vaccines are manifesting themselves around the world.

“You see it in every country; it’s the same everywhere: The curve of vaccinations is followed by the curve of deaths,” said Montagnier.

Vaccines to blame for deaths

“In the interview, the 2008 Nobel Prize winner also blames the vaccines for the rising death rates among young people, which he attributes primarily to the increased risk of thrombosis,” reports Reitschuster.

Citing the World health Organization (WHO), charts show that new infections have “exploded along with the number of deaths after vaccinations began in January.”

The Nobel Prize winner is reportedly currently conducting his own studies with patients who contracted Corona after the vaccination. Montagnier is confident the results will prove him right: “I’m going to show you that they’re creating the variants that are resistant to the vaccine.”

Montagnier’s fears are also backed up by figures from the Vaccine Adverse Effects Reporting System (VAERS). For example, Dr . Verner Wheelock tweeted that there has been an about a 100-fold increase in deaths per million resulting from the COVID vaccines compared to flu shots:

DEATH RATE INCREASED BY A FACTOR OF >100.
Unbelievable that these Covid "vaccines" are still in use. pic.twitter.com/RoFScd1Iu3