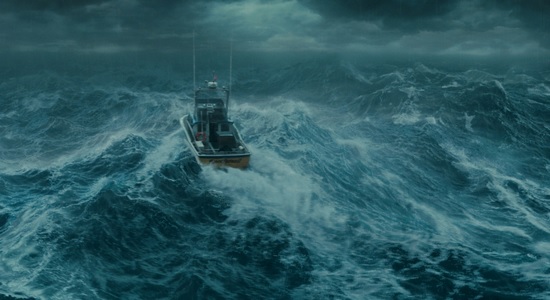 Michael Shellenberger writes at Forbes Why Biden’s Climate Agenda Is Falling Apart.  He suggests that there are multiple forces opposing it , not only political but also laws of physics. Excerpts in italics with my bolds.

Since taking office in January, President Joe Biden and Democrats have projected confidence that they will be able to pass climate infrastructure and budget legislation to expand renewables.

But in recent weeks, that confidence has rapidly faded. “I don’t think the votes are there in a reconciliation bill for the climate infrastructure-type issues,” an insider told the Washington Post.

Senate Democrats are not likely going to be able to use this year’s budget resolution to put together what is known as a reconciliation package. “Senior Democrats privately don’t believe they can finish work on a second reconciliation package,” noted a political reporter, “using the 2021 budget resolution by the end of the fiscal year, which is Sept. 30.”

What that means is that “the debate over [climate] infrastructure could drag well into the fall, which will put it on a collision path with the government funding and debt-limit skirmishes.”

“Liberals and environmental groups are wary that a narrow infrastructure deal now may lead centrist lawmakers to lose interest in advancing other expensive legislation,” wrote the Post, “which could leave climate and other progressive priorities on the cutting-room floor.”

Biden and Democrats may win some federal money for transmission lines and electric car refueling stations, and declare victory, seeking to prosecute the rest of their 100% renewable energy vision at the state level. The White House and Governor Gavin Newsom announced earlier this week plans to build a massive industrial wind energy project along California’s coastline.

And there is strong renewables advocacy within large, multinational corporations. A Dutch court ordered Shell to cut its emissions by 45 percent by 2030. Chevron CVX -1.1% shareholders voted to cut customer emissions. And Exxon, worried about losing directors to a climate activist resolution, halted a shareholder meeting to count late votes.

But the court orders and shareholder activism are, like United Nations treaties, mostly noise. The U.S. reduced emissions more than any other nation in the world between 2000 and 2020, and more than President Obama had promised America would, because of the fracking revolution, not because of the Paris Climate Agreement, which Trump pulled out of.

Nations (and states like California) that cannot for economic reasons meet their climate commitments simply change the target to farther off in time, while adding targets that sound more aggressive to journalists with little awareness of history. Corporations will do the same.

If Shell, Exxon, and Chevron do anything that harms their bottom lines, then they will be punished by shareholders, and other companies will emerge to take over their markets. The vast majority of human beings want high rather than low economic growth, and so politicians ultimately choose policies that make energy cheap, not expensive.

And the limitations of weather-dependent renewables are more visible than ever. If California’s large wind energy project is built, it will provide less than half of the energy of California’s Diablo Canyon nuclear plant Newsom is planning to close in 2025, and it will be unreliable. During the heatwave-driven blackouts last summer, there was little wind in California or other Western states, meaning we can’t count on wind energy when we need it most.

In other words, the Democrats’ climate change and renewable energy agenda is rapidly falling apart, and the reasons have far more to do with physics than with politics.

The Biden Administration announced earlier this week that there would not be a significant expansion of lithium, rare earth, and other mining in the U.S. for electric car batteries and renewables, dashing the hopes of labor unions.

Already unions were upset since they stand to lose tens of thousands of members if Congress follows through on Democrats’ plans to switch the country from natural gas and petroleum-powered vehicles, homes, and power plants to ones powered by solar panels made in China and minerals imported from abroad.

The trouble for Democrats in the U.S. and greens in Europe is that they are not only attempting to make energy significantly more expensive and less reliable, as California and Germany did, they are also proposing to make their economies more dependent on foreign nations. That position was problematic before 2021. Now, it is unethical.

It’s now obvious that China made solar panels cheap not through innovation but rather through heavy subsidies, dirty coal, and enslaved ethnic Muslims, the Uyghur (pronounced ‘we gur’), against whom China’s totalitarian government is committing genocide, according the U.S. State Department and Germany’s parliament, the Bundestag.

Republicans will have little trouble attacking the Democrats’ climate infrastructure agenda on 30-second TV and radio ads, perhaps even paid for by labor unions, in America’s heartland, during the 2022 midterm elections. Moderate Democrats like Pennsylvania’s Conor Lamb knows this, as does Nancy Pelosi.

Democratic frustration spilled out into the open on Monday. “You cannot negotiate a climate bill with climate deniers,” tweeted U.S. Senator Edward Markey (D-MA). Markey’s tweet inspired an angry response from Republican Congressman Dan Crenshaw. “You aren’t, you liar. We aren’t denying climate change, we are just pointing out that your ‘solutions’ will hurt people, and do nothing to prevent climate change.”

I testified six times before Congress over the last year and not once did a Republican in one of the climate change, science, or agricultural committees deny the reality of climate change or humankind’s contribution to it. When I pointed this out on Twitter, people responded by posting articles claiming to offer evidence of widespread climate denial among Republicans in Congress. But what they call “climate denial” was often Republican denial that weather-dependent renewables can power America.

Without a doubt there are still some Republican climate skeptics in Congress. “Maybe perhaps we live on a ball that rotates around the sun, that flies through the universe, and maybe our climate just changes,” said Rep. Marjorie Taylor Greene. But the vast majority of other Republicans, including all of the ones I interacted with through my testimony, accept the reality that humans are warming the planet.

More problematic for Democrats is that Greene’s energy message is far more popular than the Green New Deal with many Democratic voters. “Our ability to export oil and gas,” she tweeted, “gives the US great negotiating power in the world,” a statement that has the added benefit of being true.

The Real Reason They Oppose Nuclear

Meanwhile, efforts by Democrats from Alexandira Ocasio-Cortez to Senator Ed Markey to California Governor Gavin Newsom to shut down nuclear power plants are increasing carbon emissions, which undermines their assertion that climate change is the most important problem in the world.

And conflicts of interest are becoming more visible. “BlackRock recently replaced one departing White House insider with another,” noted Bloomberg. “Paul Bodnar, an Obama-era climate-policy aide, is now the firm’s sustainable investing head, taking over from Brian Deese, who returned to politics as President Joe Biden’s National Economic Council chair. The firm has hired more than a dozen alumni from the Obama administration over the years.”

It is hard not to get the impression that the real reason Democrats, Blackrock BLK 0.0%, and Chinese solar makers don’t like nuclear power is because it means we don’t need renewables to address climate change. While Democrats could get away with using renewables to greenwash their anti-nuclear agenda in the past, those days are coming to an end.

In November, the European Union’s watchdog ruled that the European Commission had failed to fully consider why BlackRock’s investments in Chinese solar, wind, and electric cars created a financial conflict of interest in its ability to create supposedly objective environmental, social, and governance criteria for so-called “ESG” investing.

The dark truth about China’s solar panel production should have been enough to force Democrats to seriously reconsider their 100% renewables agenda, but it may require another highly visible defeat in Congress to make them appreciate why increasing America’s reliance on inefficient, weather-dependent, and made-in-China energy sources is bad politics, in addition to being bad physics.