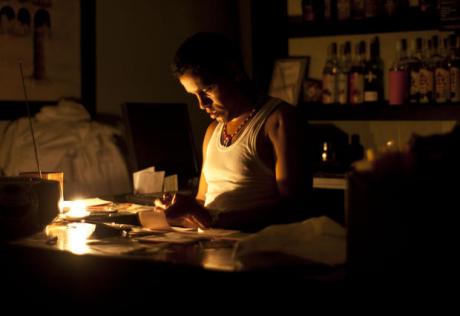 Texans and Californians now have a choice between no power and getting their own diesel generators. Mass blackouts and power rationing are now the norm, thanks to an obsession with chaotically intermittent wind and solar, in both cases.

Back in February, it was a big freeze that froze turbines and plastered solar panels with blankets of snow and ice; some 4 million Texans were left powerless during that debacle.

Now as the weather heats up, it’s a case of déjà vu, all over again.

Electric grid operators in Texas and California are again urging residents to conserve power amid a sweltering heat wave to avoid blackouts. Keeping your thermostat at 78 degrees during the summer may be the green new normal.

The Electric Reliability Council of Texas (Ercot) warned this week that a large number of unexpected power plant outages combined with surging demand is straining the grid. Meantime, California’s Independent System Operator forecast that electricity demand might exceed supply several days this week. For residents in both states, this must feel like deja vu.

Last August Californians experienced rolling blackouts amid a heat wave that engulfed the Southwest. California generates half of its electricity from solar during summer afternoons, but it didn’t have enough power in the evenings when the sun faded. It also relies heavily on imports, but other states didn’t have power to spare.

Now the problem is reoccurring while a severe drought also limits hydropower. In a few years the Diablo Canyon nuclear plant is scheduled to retire. The plant provides nearly 10% of the state’s power and backs up intermittent renewables. But green groups want the grid to run completely on solar, wind and batteries. Blackouts could soon become as common as wildfires.

Californians who have moved to Texas are discovering that electric power is as green and flaky there too. Texas has drawn scores of wind developers cashing in on the federal renewable electricity production tax credit, which pays them for each unit of power they generate regardless of whether it’s needed.

In March, wind made up a larger share of Texas’s power generation than gas. Ercot expects wind capacity could increase by more than a third this year. Nuclear and fossil fuel-powered plants are struggling to compete with wind, which can make money even when wholesale prices go negative. Many have shut down or are skimping on maintenance.

Millions of Texans lost power in February amid an Arctic blast that froze power plant equipment including wind turbines. Climate activists blamed fossil-fuel plants for not rescuing the state though they supplied power that more than compensated for the ebbing wind power. Texas was also berated for not “weatherizing” power plants to operate in frigid conditions.

But heat waves are common in Texas. So what’s the excuse now? Ercot says unexpected power plant outages eliminated 12,000 megawatts of capacity—enough to power about two million homes—about 80% of which was coal, nuclear or gas.

Yet according to Energy Information Administration data, wind energy plunged by two-thirds since late last week while gas-power generation has increased by more than half. Coal and nuclear have held steady. In sum, some gas plants had problems, but most were operating as expected but still couldn’t compensate for the huge reduction in wind power.

A big problem is that subsidies and mandates have spurred an over-development of renewables, which has resulted in gas plants operating at lower levels or even idle much of the time. Keeping standby units in top condition is hugely expensive. So when plants are required to run all out to meet surging demand or back up renewables, problems crop up—as they did this week.

This is the fossil-fuel-free future that folks in the other 48 states have to look forward to under Democratic climate plans. Pro survival tip: Buy a diesel generator—while you still can.
Wall Steet Journal 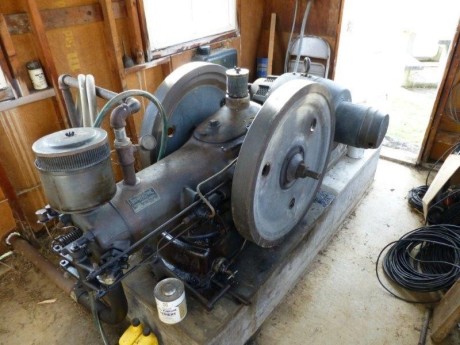 The way we were – a diesel genset in the back shed!