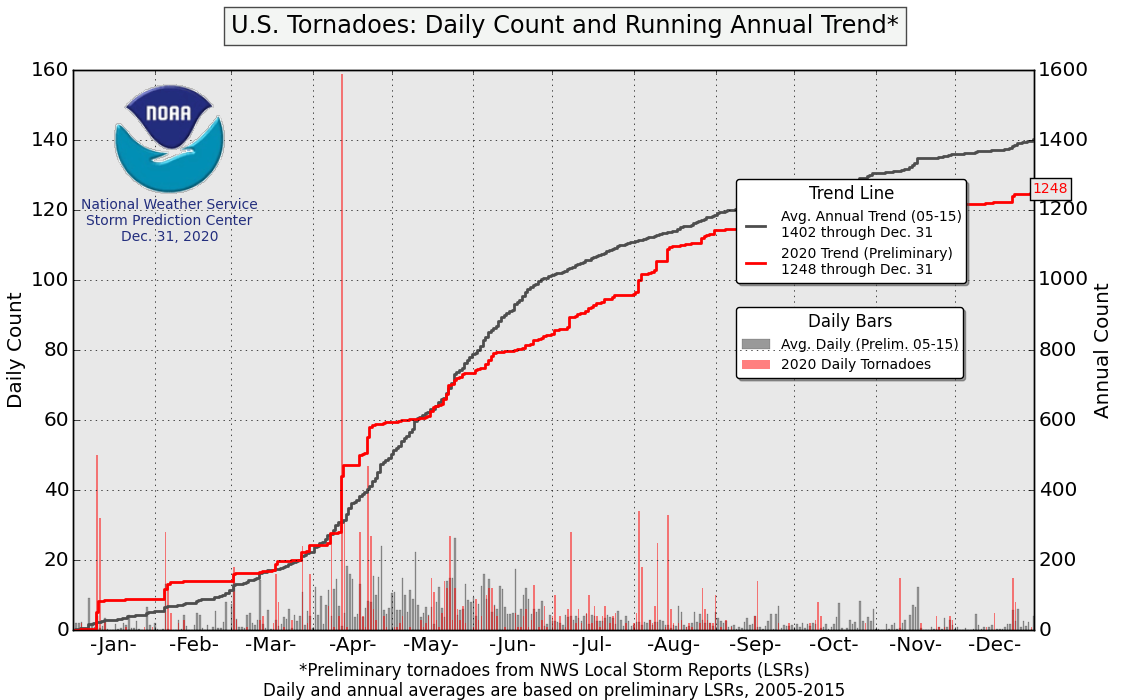 According to NOAA’s preliminary data, the number of tornadoes in the US last year was below average.

The full, finalised data has now been released, and it shows another very quiet year for the stronger tornadoes, EF-3s and greater:

There were twelve EF-3s, six EF-4s and no EF-5s at all. The number of these violent tornadoes shows a clear and continuing decline since the 1970s.

Particularly significant is the lack of EF-5s, the most powerful tornadoes, packing winds of over 200 mph. The most recent EF-5 was the Moore tornado in May 2013. As there have been none this year so far either, it means that we have now gone more than eight years without an EF-5. This is the longest such period on record, tied with 1999 to 2007.

With the introduction of Doppler radar in the 1990s, increased population, mobile phones and better monitoring systems generally, many tornadoes are now spotted and counted which would have been missed in the past. For that reason, NOAA advise that trends in stronger tornadoes give a better reflection of tornado activity, as these tornadoes would have likely been reported even during the decades before Doppler radar use became widespread and practices resulted in increasing tornado reports.