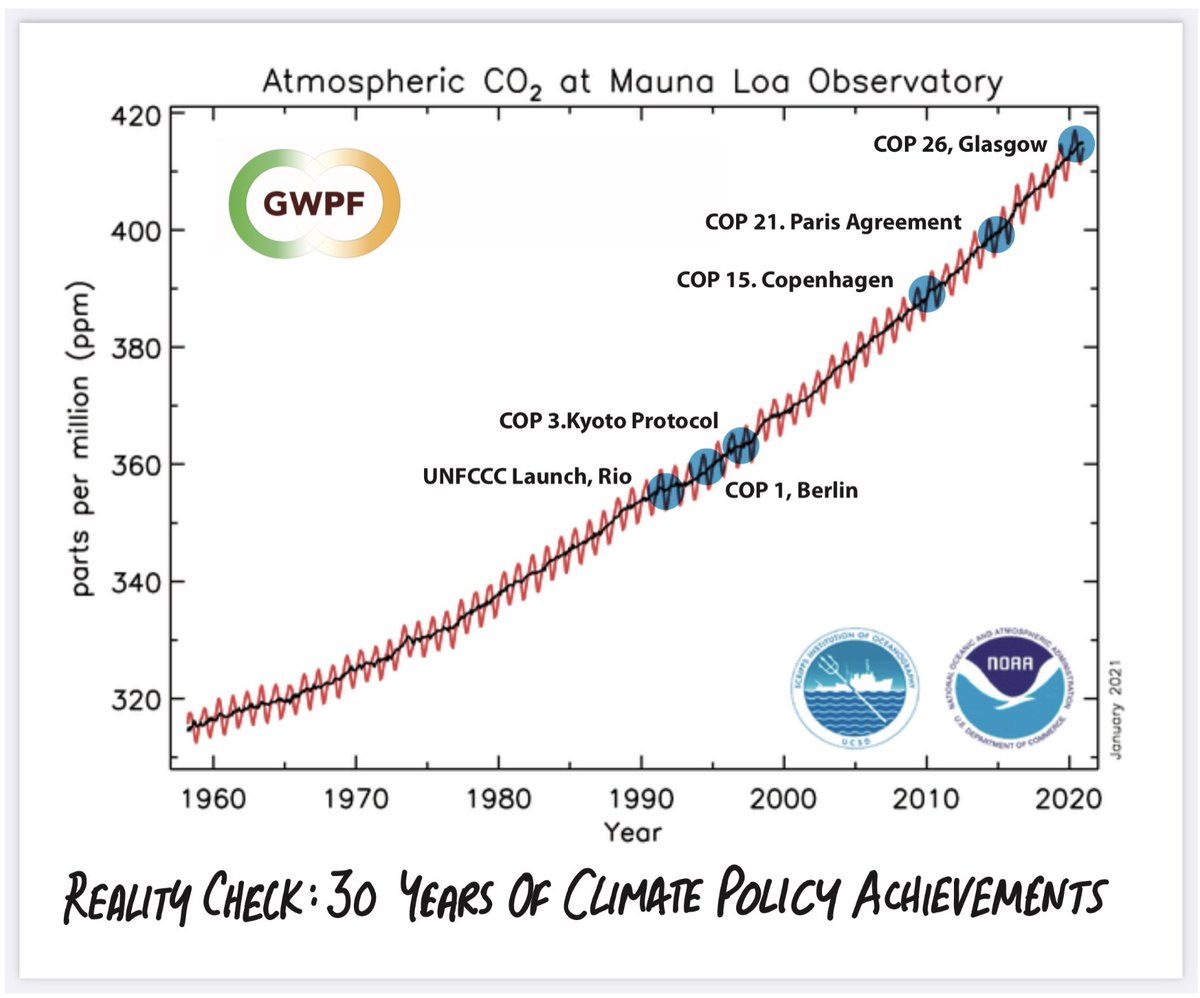 This is a third post toward infographics exposing the damaging effects of Climate Policies upon the lives of ordinary people.  (See World of Hurt Part 1 , Part 2, and Part 3 )  And all of the pain is for naught in fighting against global warming/climate change, as shown clearly in the image above.  This post presents graphics to illustrate the fourth of four themes: 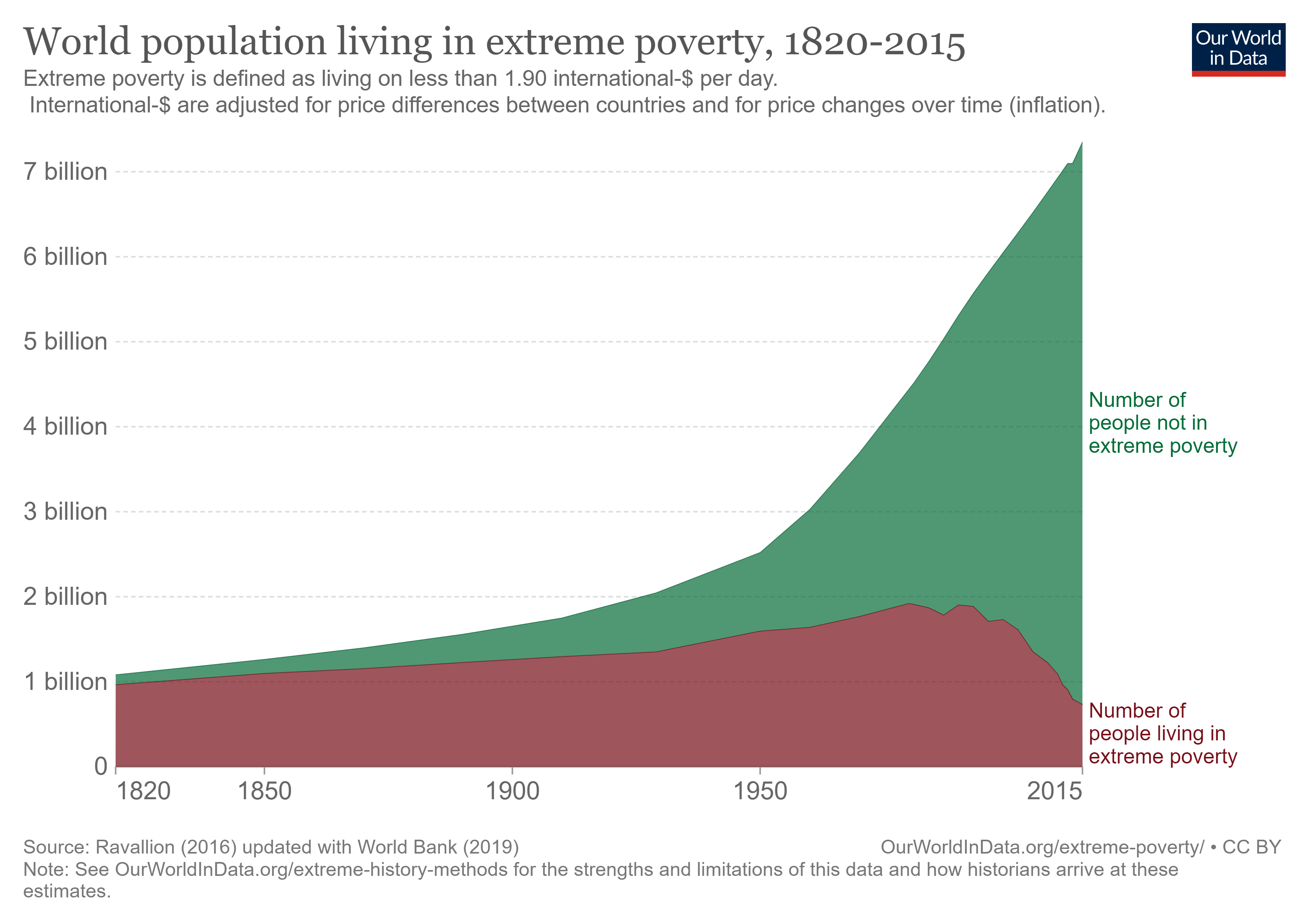 The OurWorldinData graph shows how half a billion people have risen out of extreme poverty in recent decades.  While much needs to be done, it is clear that the world knows the poverty factors to be overcome. 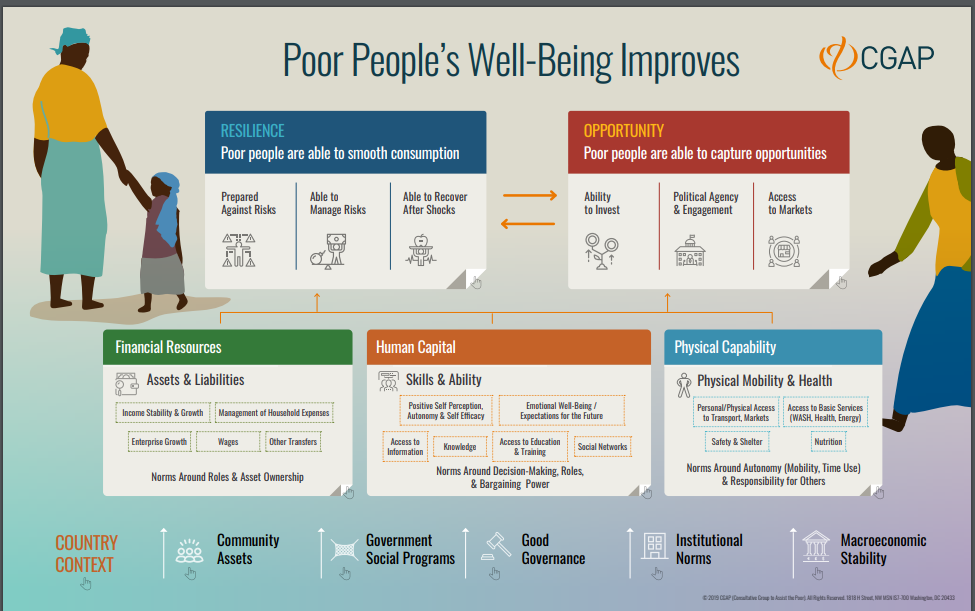 That comprehensive diagram shows numerous elements that contribute to rising health and prosperity, but there is one resource underlying and enabling everything:  Access to affordable, reliable energy.  From Global Energy Assessment:

“Access to cleaner and affordable energy options is essential for improving the livelihoods of the poor in developing countries. The link between energy and poverty is demonstrated by the fact that the poor in developing countries constitute the bulk of an estimated 2.7 billion people relying on traditional biomass for cooking and the overwhelming majority of the 1.4 billion without access to grid electricity. Most of the people still reliant on traditional biomass live in Africa and South Asia.

The relationship is, in many respects, a vicious cycle in which people who lack access to cleaner and affordable energy are often trapped in a re-enforcing cycle of deprivation, lower incomes and the means to improve their living conditions while at the same time using significant amounts of their very limited income on expensive and unhealthy forms of energy that provide poor and/or unsafe services.”

The moral of this is very clear. Where energy is scarce and expensive, people’s labor is cheap and they live in poverty. Where energy is reliable and cheap, people are paid well to work and they have a better life. 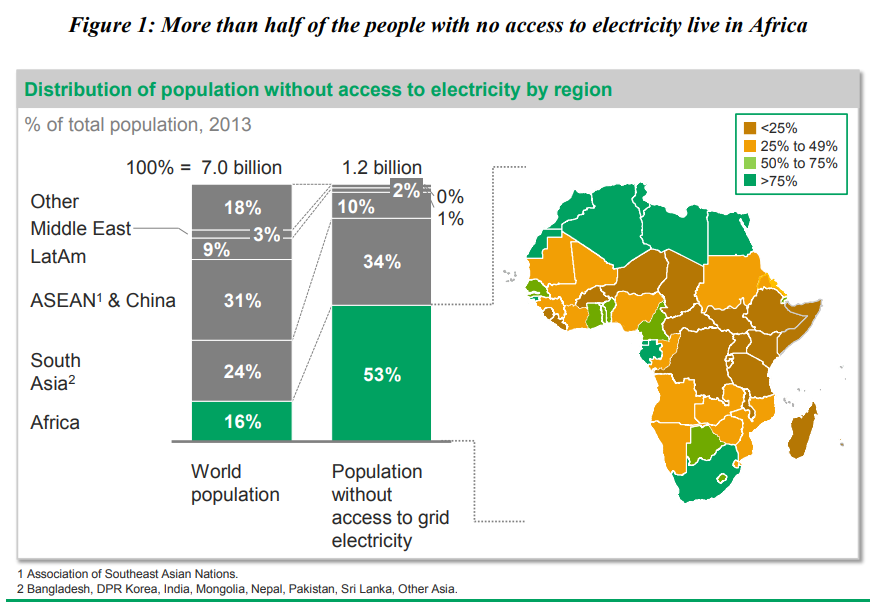 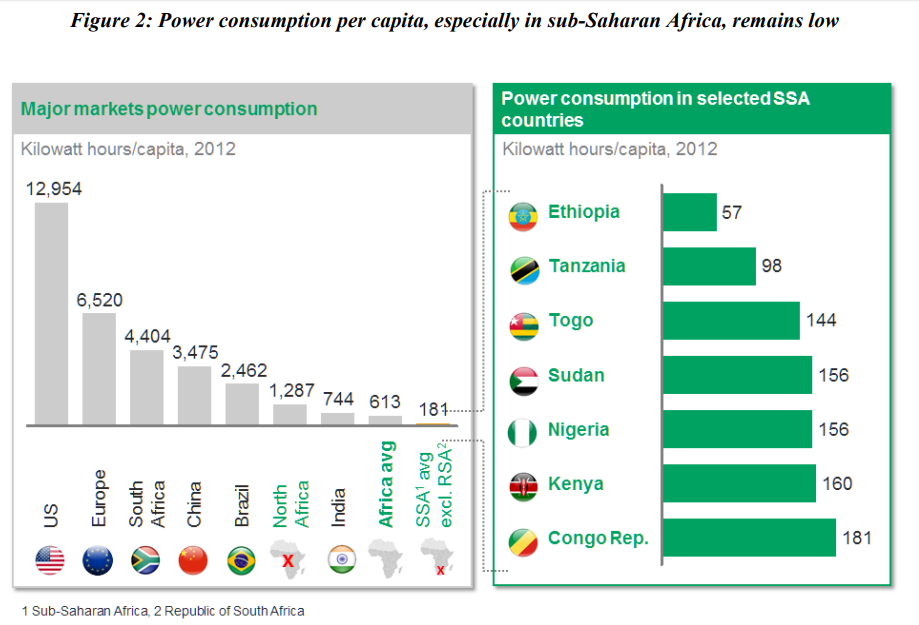 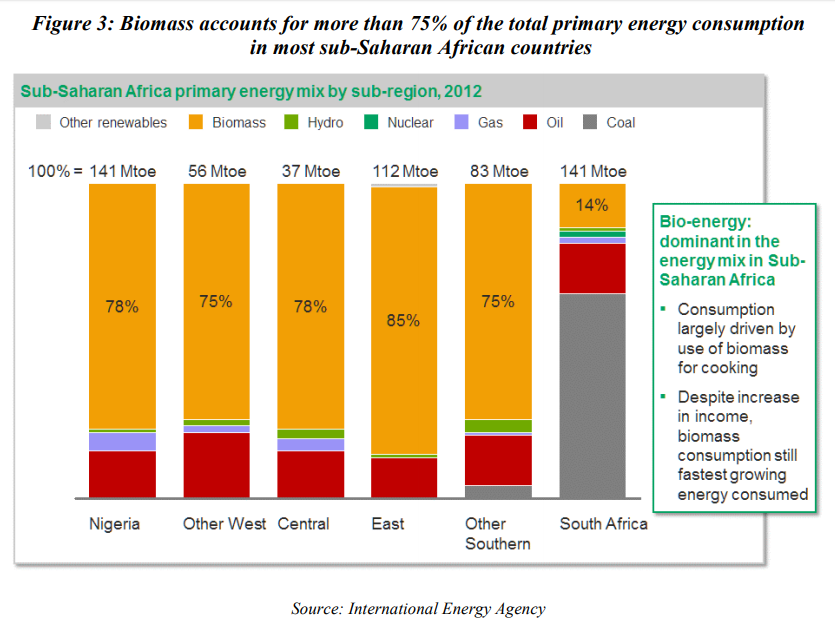 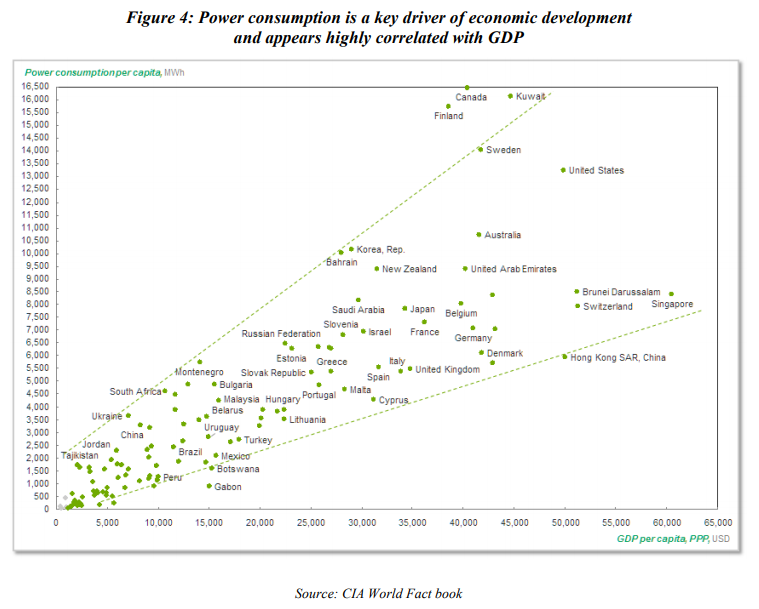 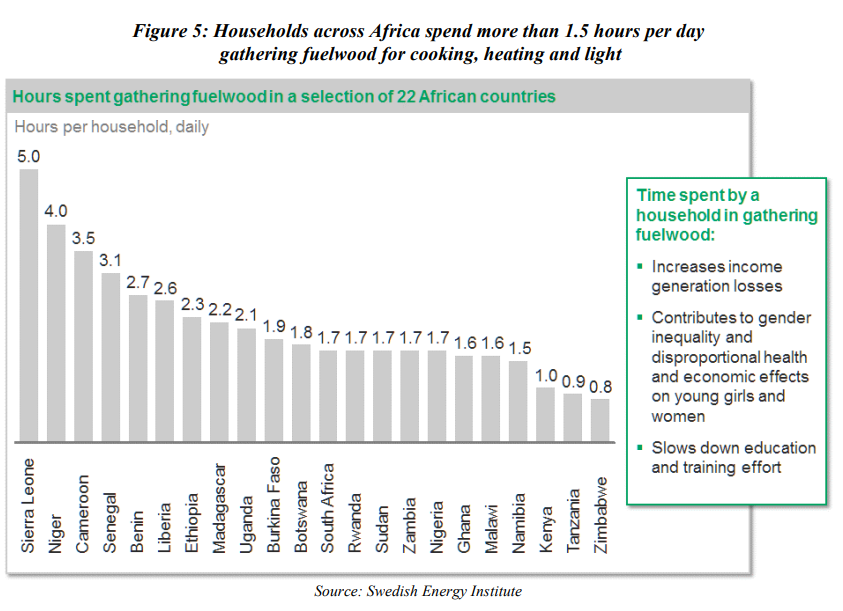 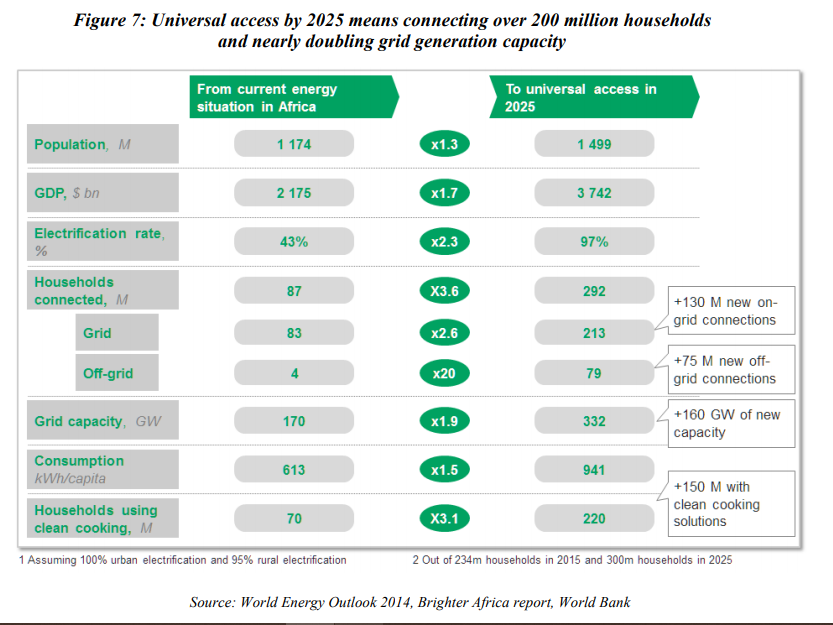 Note that the vision for 100% access to electric power was put forward by the African Development Bank in 2016.  (Above slides come from The Bank Group’s Strategy for The New Deal on Energy for Africa 2016 – 2025).  Instead of making finances available for such a plan, an International Cabal organized to deny any support for coal, the most available and inexpensive way to electrify Africa. 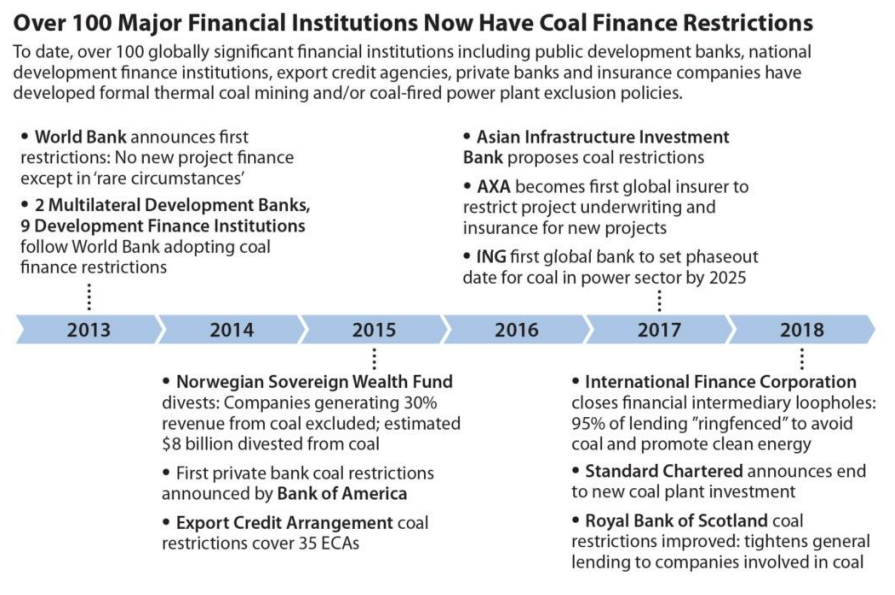 This is an organized campaign to deny coal-fired power anywhere is the world, despite coal being the starting point in the development pathway for every modern society, and currently the success model for Asia, and China in particular.  The chart above comes from IEEFA 2019 report Over 100 Global Financial Institutions Are Exiting Coal, With More to Come.  Theie pride in virtue-signaling is expressed int the subtitle:
Every Two Weeks a Bank, Insurer or Lender Announces New Restrictions on Coal.

How Climate Policies Waste Resources that could Improve Peoples’ Lives

The Climate Crisis Industry costs over 2 Trillion US dollars every year, and is estimated to redirect 30% of all foreign aid meant for developing countries into climate projects like carbon offsets and off-grid wind and solar.

A much better plan is put forward by  the Copenhagen Consensus Center.  A panel of social and economic development experts did cost/benefit analyses of all the Millenium Goals listed by the UN working groups, including climate mitigation and adaption goals along with all the other objectives deemed desirable. They addressed the question:

What are the best ways of advancing global welfare, and particularly the welfare of developing  countries, illustrated by supposing that an additional $75 billion of resources were at their disposal  over a 4‐year initial period?

These challenges were examined: 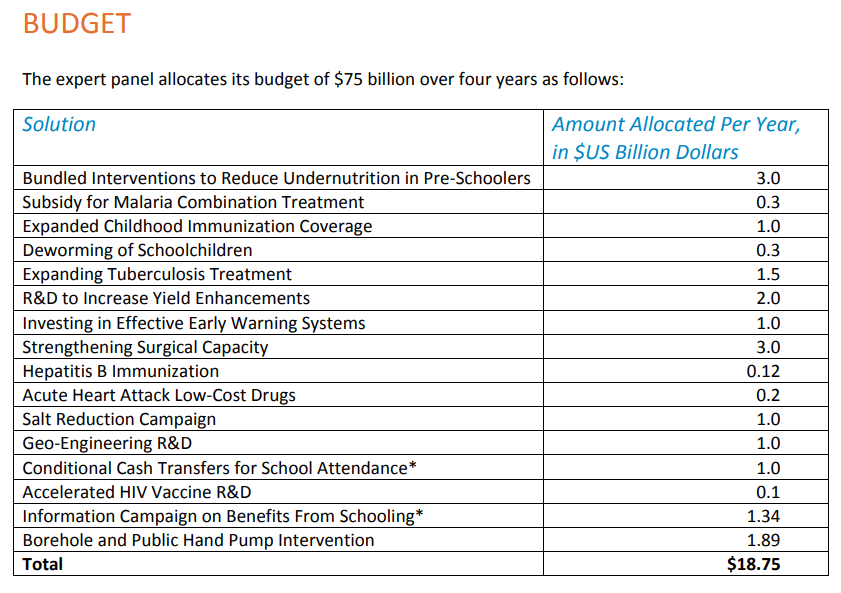 Imagine how much good could be done by diverting some of the trillions wasted trying to bend the curve at the top of the page?