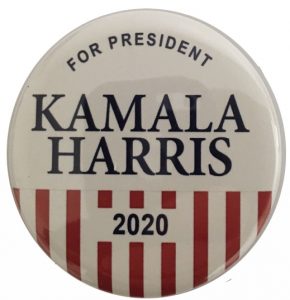 Even CNN, MSNBC, and The New York Times have stopped defending him.

These are the same teams that hid the Hunter-Biden Laptop from hell, the “10% for the Big Guy” scandal and that the FBI had possession for a whole year and did nothing.

As @gabrieljhays says “Hell Freezes Over”:

ABC (America) News said: ” when you listen to the President, he is saying things that simply do not comport with the reality.”

In the last week Joe Biden’s own Defense Secretary, and the Pentagon Spokesman both flatly contradicted him in the media. Tucker Carlson says that’s something that never ever happens.

The Afghanistan debacle was so complete, it’s like it was planned. Could someone merely incompetent achieve a perfect fail? 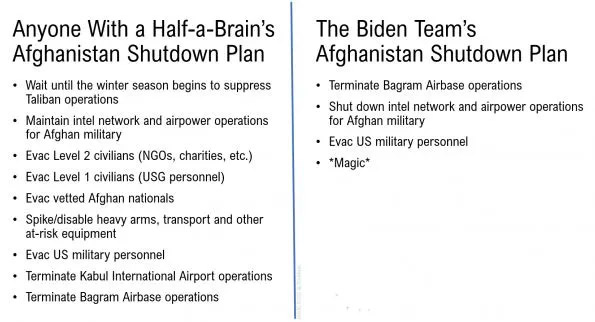 The New York Times has turned against Joe Biden on Afghanistan. For the last two days, it has covered for him. With only brief, passing mentions, the Times has suppressed the issue of American citizens trapped in Afghanistan.

Today, that is all changed. Not only is the issue of getting Americans out mentioned, the headline article in the print edition is: “Despair in Kabul Undercuts Biden on Rescue Effort: President Goes on Defensive as Criticism of U.S. Evacuation Grows Louder.”

It’s clear if you watch closely that things are changing very fast in Washington. The people around Biden are moving away from him, in ways that are not subtle.

Why is this happening now? Was it always the plan? Did the party that hates white guys finally realize it was being led by one? Again, we don’t know the answer. But the signs are everywhere, and they’re strikingly obvious.

Some of Biden’s most senior appointees are contradicting him in public. If you cover politics, it’s shocking to see that. This is a violation of the first and most ruthlessly enforced rule in any White House: Don’t diminish the boss.

But suddenly they’re doing just that, and they’re doing it openly. Just hours after Joe Biden assured us that things were fine in Afghanistan, for example, Lloyd Austin, his defense secretary, described the situation there as a disaster. And then Austin repeated it, for emphasis. Others are doing the same thing. Biden this afternoon told us that American citizens are having no trouble getting to the airport in Kabul … But just an hour later, the Pentagon spokesman told us that’s not true. Actually, Americans are being beaten in Kabul …

Afghanistan is hardly Biden’s first disaster. As of tonight, our southern border has collapsed, the murder rate is spiking in our cities, the Covid vaccines do not work, inflation’s out of control, and the country’s entire population of school children hasn’t been educated in more than a year. All of that’s been going on. None of that seemed to bother CNN in the slightest. In fact, they reserved their energy to attack anyone who noticed those trends. But now, suddenly their anchors are weeping on the air because Americans are trapped in Afghanistan. They don’t notice the 70,000 who die every year from drug overdoses. But this has sent them into a self-righteous rage. Call us cynical, but we don’t buy it. Something else is going on here.

How long can Joe last?