August 1961 was a bit of a mixed bag, with cool, wet weather at the beginning, followed by a very warm spell at the end.

A succession of depressions brought several days of heavy rainfall to various parts of the country, causing serious flooding in Scotland. 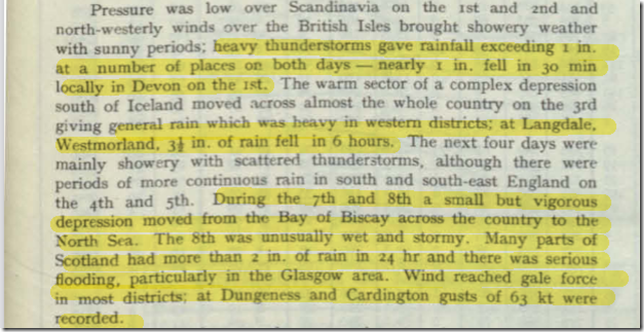 Towards the end of the month, however, an anti-cyclone took over, bringing a heatwave and temperatures of 32C to many places on the 29th.