It’s becoming increasingly clear that the vaccines against COVID are falling far short of what they were promised to be.

Oberhausen-Germany: “Three seniors had to be resuscitated” after 3rd jab

Germany has started administering third shots to the elderly and already reports of signs of dangerous side effects are emerging. In a nursing home in the western German city of Oberhausen, several seniors experienced “serious problems” a few days after the Corona booster vaccination, reports the online German WDR public broadcasting.

“Three residents of the nursing home had to be resuscitated three days after the booster vaccination.” 10% had to be medically treated.

90 residents are reported to have received the third shot at the Oberhausen nursing home. According to WDR: “Of these, nine had reactions so severe that they had to be treated,”

Now some physicians are now holding off until the Standing Commission on Vaccination (STIKO) of the Robert Koch Institute gives the official recommendation.

In Austria, online heute.at here reports 115 patients were recently in hospitals, 18 people are fighting for their lives, despite having been fully vaccinated against Corona.

According to heute.at, “Currently 20 percent of those requiring hospital treatment are fully vaccinated against Covid 19 – or about 115 people.”

Israel: “Need to prepare for a fourth injection”

Once touted as an immunization against the COVID 19 virus, officials are now hoping that repeated boosters will work. In Israel, for example, 25% of the population has already had 3 shots and now “the country’s national coronavirus czar Salman Zarka said the country needs to prepare for a fourth injection, which could be modified to better protect against new variants of the virus,” reports The Daily Mail. 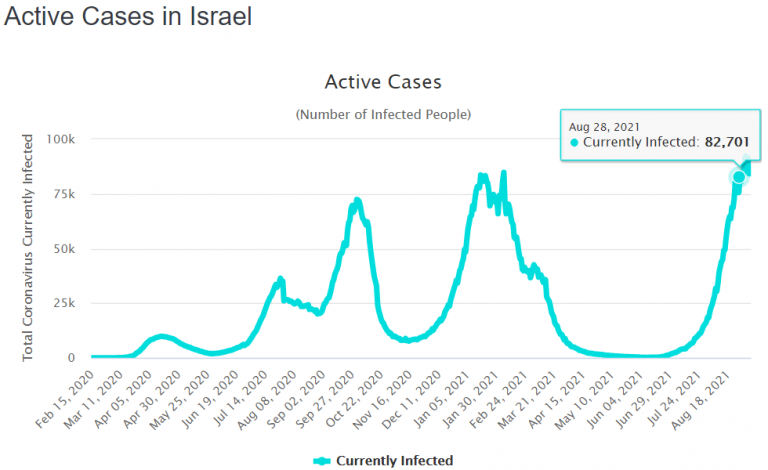 “Given that the virus is here and will continue to be here, we also need to prepare for a fourth injection,” Zarka told Kan public radio.