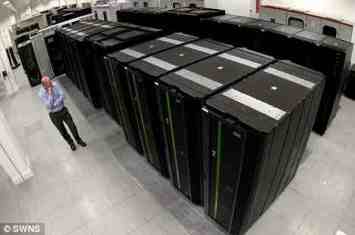 Climate obsessives drone on about such things endlessly, and pointlessly. Attacking all aspects of modern technological life on the basis of an irrational fear of trace gases leads nowhere good. Time for a complete re-think.
– – –
Global computer usage produces twice the greenhouse gases as the aviation industry, new analysis suggests.

Figures from Lancaster University reveal emissions from computing account for almost four per cent of all greenhouse gases spewed into the atmosphere, compared to two per cent for air travel, says the Telegraph.

Previous studies had claimed that computing’s share of global emissions was between 1.8 and 2.8 per cent, however the researchers of the new paper say this was an underestimate.

In their review, they combed through three studies, interviewed the authors and also spoke to experts, and developed a more complete, robust view of the entire information and communications technology (ICT) industry.

Previous estimates did not account for how much energy was required to make computers, the researchers say, as well as failing to account for the carbon footprint of the manufacturers’ supply chains, energy consumption while using the product, and the environmental costs of disposing of computers.

It has been said previously that the technological advances made possible by computing will outweigh the industry’s direct emissions, but the researchers claim this is false.