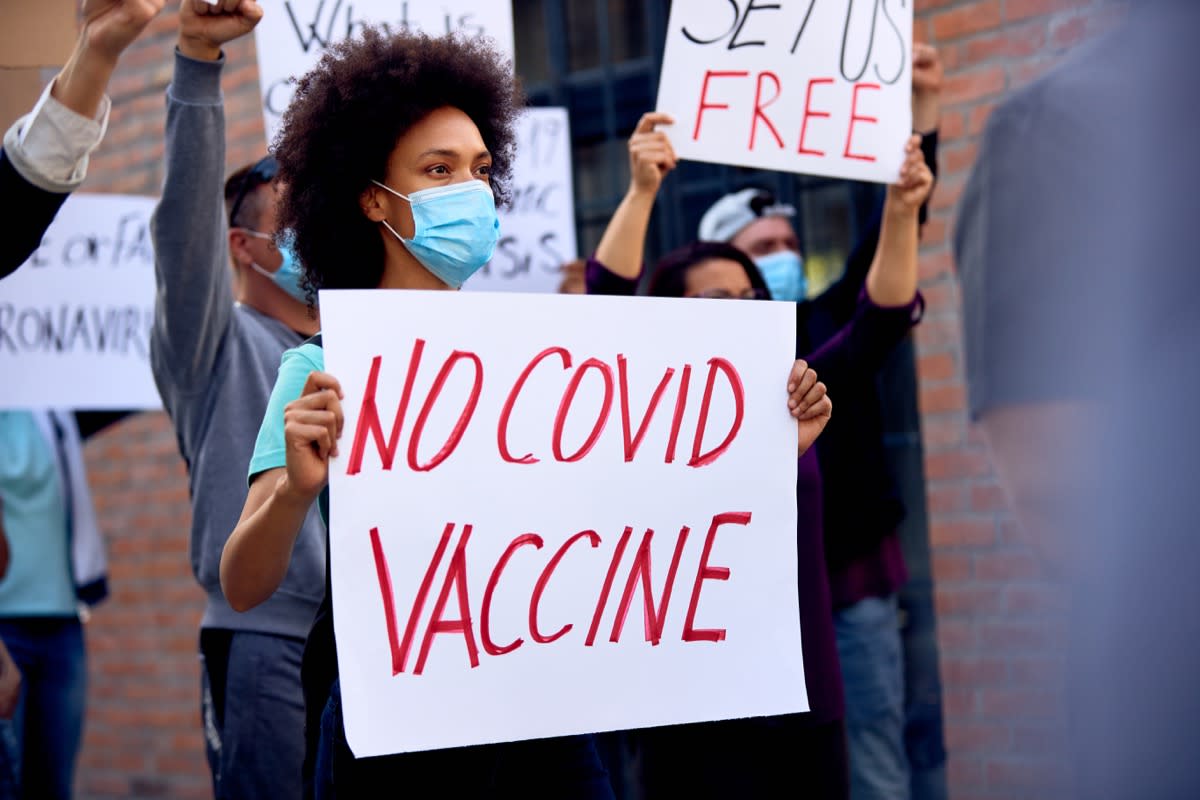 Peter Skurkiss writes at American Thinker One reason for the push for COVID vaccination may be to eliminate a potential control group.  Excerpts in italics with my bolds and added images.

There are a number of reasons to explain the intense push from the Biden administration and the government medical bureaucracy to get people to take the COVID vaccine. From a wide search of the information available, I find it hard to believe that the actual health of people is one of the reasons. 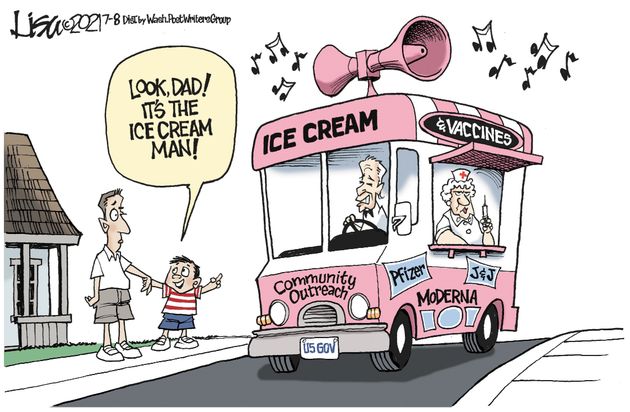 For example, why demand that people with natural immunity get vaccinated? And why insist on vaccinating children when their risk of serious effects from the virus is minuscule? It make no scientific sense, especially when the vaccine itself can cause serious health issues for the young.

This brings up one of the less talked about reasons behind the vaccination mania. It’s to eliminate a possible control group of non-vaccinated people to which the vaccinated can be compared. Let me explain.

From the highest levels of the government to the public health authorities like the WHO, FDA, and CDC to professional medical groups (American Medical Association, etc.) to the corporate media, the vaccines have been heralded as safe and effective. Already, the health authorities and the medical establishment have had their reputations sullied with their wrong-headed advice on stopping the virus via lockdowns, mask-wearing, and social distancing.

And the number of deaths from the Wuhan virus did not come close to matching their early projections even when the actual COVID deaths were greatly inflated.

Now it’s down to the vaccines. They already have egg on their faces due to their earlier pronouncements. Now they’re desperate that people never find out about the possible damage these inadequately tested vaccines may be inflicting on humanity.

There are already clues that the vaccines are causing many near-immediate adverse effects. Credible scientists, immunologists, and doctors are also saying even more vaccine damage could surface down the road. This is because the man-made engineered spike protein in the vaccine causes the body to produce more of it, and this toxic protein compromises the immune system as well as weakens other aspects of the body.

The thing about long-term effects, however, is that their cause may not be clear cut. For example, say a vaccinated person dies of a heart attack two years from now. The death is recorded as a heart attack. But the fatal heart attack might have been brought on by the spike protein acting over time. It’s the same with other causes of death and the development of diseases like Parkinson’s and so on. This picture is muddled. So can blame be affixed to the vaccine if justified?

Yes. It can be determined statistically, but a control group is needed.

It’s done by comparing how a sampling of those vaccinated fared compared to a sample of those who weren’t. The general statistical approach would be to take a large random sample from the millions who were vaccinated. Call this the experimental group. A control group would also be needed. It would consists of an equal number of randomly selected people from all those who were not vaccinated. Then a comparison is made of how these two groups performed relative to each other at various intervals of time — say, one year, two years, five years, and so on — in terms of mortality and other health factors.

It should be noted that both the experimental and the control groups will have a mix of people. They will be of various ages, both sexes, races, pre-conditions, etc. But if they’re randomly selected and the sample size is large, these differences balance out, meaning that the groups can be statistically compared.

It’s also exactly what the powers-that-be do not want.

They fear that the vaccinated group will have a statistically significant higher mortality as well as rates of serious health conditions down the road than the unvaccinated. If so, this will expose the lies, deceptions, and incompetence of medical establishment, Big Pharma, and much of the political class. And if the critics of the COVID vaccines are correct, this will be a butcher’s bill none of them want to face.

To conclude, if just about everyone gets vaccinated, there can be no control group to make the comparison. Hence, the push is for maximum vaccinations.

Of course, the establishment has other ways to muddy the waters even if a control group could be assembled. Public health authorities are the central collection point for data. They can have the data collected (or not collected) in such a way so as to make a comparison difficult, if not impossible. But since these people are sincerely interested in the public’s health and guided by impartial science, they would never do such a thing just to save face…or would they?