Anyone telling you that wind turbine noise isn’t soul-destroying, has never lived with it. The plaintiffs who are pursuing $millions in damages from a Victorian wind farm operator at Bald Hills (see our post here) have been telling a Supreme Court Judge, Justice Richards all about it over the last couple of weeks. Here are a couple of reports on what one of them, John Zakula had to say about trying to live with 52 giant industrial wind turbines thumping and grinding away in his backyard, every night.

SO LOUD was the roaring and constant “woosh, woosh, woosh” of the Bald Hills Wind Farm turbine blades, after they became operational in 2015, that neighbouring landowner, John Zakula, had to clear out at night, on dozens of occasions, especially during winter, and sleep in his car at the beach.

The late-night excursions, sometimes at 12 midnight or 2.00 in the morning, he said, happened two and three times-a-month in winter between 2015 and 2021, but also extended from April to November depending on weather conditions.

The retired Tarwin Lower farmer and former mechanical engineer was in the dock, via video link, on Thursday, September 9, giving evidence on Day Three of the Supreme Court trial instigated by two of the neighbours of the wind farm, Mr Zakula and Noel Uren, alleging substantial and unreasonable interference with the use and enjoyment of their land due to the noise coming from the wind farm.

During a clear and easily understood presentation to the court, in answer to questions by the plaintiffs’ barrister, Georgina Costello SC, Mr Zakula explained that while he was aware, when he bought his 50-acre property at Tarwin Lower in 2008, for “around $320,000”, that there was a wind farm to be built on the rising land nearby, he never anticipated any problems.

“Yes, I did hear that, just through the local papers,” Mr Zakula said.

“I didn’t think about it. I knew it was being built at Bald Hills, over there, more than 1km away, and I didn’t think there would be any problem.”

Mr Zakula said he was living in a holiday house at the Promontory Views Estate at the time, and simply went ahead with his retirement plan for establishing a small, self-sustaining organic farm, and building an energy efficient home.

The property already had a permit for a house when he bought it, but he needed to submit a farm plan to the South Gippsland Shire Council when he applied for an extension of time to the home-building permit.

The self-designed home was built three years later, before construction started on the 52-turbine facility.

Mr Zakula said he first noticed construction on the site, when he saw major earthmoving works taking place in late 2012 but he was frankly surprised by the size of the turbine towers when they were ultimately erected.

“I was a little surprised at the height of these things. You can be told about them but it’s hard to scale them only when you see them up it’s a bit of a surprise.”

But Mr Zakula said the impact, as soon as they started spinning in March 2015, was immediate.

“I heard the roaring sound and the noise being produced by these wind turbines. They were producing a large roar,” he said.

“After the start up, it was coming into the winter period that they were quite loud. They were louder at night.”

Asked by counsel for the plaintiffs, Ms Costello, to describe the sound, he used a railway analogy.

“It was just roaring. It sounded like the arrival of a train, but it never stops arriving. There’s a constant roar,” he said.

“There’s a regular wooshing noise,” he said, making the sound for the court.

“It comes from the combined effect of the whole thing and how they interact with each other.

“It was like an orchestra coming over the horizon… it was just everywhere.

“It’s at its loudest when it’s coolest. You try to go to sleep, but you can hear this woo, woo, woo. You try to roll on one side, then the other in the hope that it will be better, in the end you just want to run away. It’s extremely difficult to try to get to sleep.”

“I’d get in my car and stay down at the Walkerville Beach for the night.”

After being taken through his testimony by Ms Costello, Mr Zakula faced cross-examination by Albert Dinelli for the defence.

He quizzed Mr Zakula on his evidence and asked why he decided to go ahead and build a house on the land, when he knew the wind farm was coming.

“You previously described it as a mistake to build the house in an interview with A Current Affair?” Mr Dinelli said.

Mr Dinelli was also at pains to find out from Mr Zakula why he hadn’t responded to offers from the operators of the wind farm, including in letters from associate director of the Infrastructure Capital Group Limited, James Crofton Arthur, “to improve the acoustic amenity of his property”.

Mr Zakula said he didn’t recall receiving such offers as late as March this year.

He put it to Mr Zakula that he simply didn’t want to talk to the wind farm operators about improving his situation.

The case continues on Friday this week with more testimony from neighbours of the Bald Hills Wind Farm, and is expected to run through until September 21, 2021.
Sentinal Times

The Supreme Court trial over whether a Victorian wind farm was a nuisance to two of its neighbours has heard one of the men often resorted to sleeping in his car by the beach to escape the noise of the nearby turbines.

They are claiming damages for lost income and decreased property value they say was caused by the “roaring” noise coming from the farm.

Mr Zakula bought a rural-zoned 20-hectare property in 2008 near Tarwin Lower with the knowledge a wind farm would soon be built.

He built an off-grid house just over a kilometre from where the nearest turbine was to be built.

While the plaintiffs claim the subsequent operation of the wind turbines caused substantial and unreasonable interference with the value and use of their properties, the wind farm’s defence has argued both men have engaged in a “passionate”, years-long campaign to stop the farm.

‘They were just roaring’
Poor internet connection marred much of Mr Zakula’s testimony as he answered questions from a neighbour’s home near Tarwin Lower.

“They started operating in March 2015 and within two to three months I was writing letters of complaints [to the operators] as it was causing me sleep disturbance,” Mr Zakula said.

“They were just roaring — it sounded like the arrival of a train and it never stops arriving.”

He told the court that two to three times a month during winter he sleeps in his car at a nearby beach when the noise becomes too much.

“I get in my car and drive down to the Walkerville Beach and remain there for the rest of the evening,” Mr Zakula said.

When that did not yield the results he wanted, he started putting his complaints in writing, the court heard.

Barristers tendered five complaint letters Mr Zakula had written to the wind farm operators between 2016 and 2019, which recounted each time he had lost sleep due to the wind farm.

“I wrote notes last weekend when my sleep was disturbed, I have been writing them for the last five years, basically daily,” Mr Zakula told the court.

He said he had also met with the farm commissioner, protested at a local wind farm open day, and wrote to the Victorian Environment Protection Authority.

The court heard Mr Zakula parked his trailer at the wind farm’s community open day and used a megaphone to tell passers-by about the operation’s alleged non-compliance and its impact on his sleep.

Mr Zakula agreed that he was a “fierce opponent of the wind farm”.

“I am passionate about making people aware of the wind farm’s non-compliance,” he told the court.

‘Low energy living’
Mr Dinelli drew the court’s attention to two letters from the director of the wind farm, sent in December 2020 and March 2021, which offered Mr Zakula suggestions to improve the acoustic insulation of his home, as well as an offer to subsidise the cost.

While Mr Zakula could not recall whether he saw those letters, he told the court the options proposed would constitute an unreasonable “lifestyle change”.

One of the options proffered was the installation of an air conditioner so he could close his windows to block out wind farm sound during the summer.

But Mr Zakula said that would contravene his “philosophy of low energy living”, and would require him to connect his off-grid home to mains electricity.

Mr Uren will give evidence to the court, presided over by Justice Melinda Richards, tomorrow.
ABC

The line of cross-examination being pursued about John Zakula not engaging with his tormentors and their offer to improve his position by insulating his home is a standard wind developer ruse.

Clive and Trina Gare are cattle graziers with their home property situated between Hallett and Jamestown in South Australia. Since October 2010, the Gares have played host to 19, 2.1MW Suzlon s88 turbines, which sit on a range of hills to the West of their stately homestead. Under their contract with AGL they receive around $200,000 a year; and have pocketed over $2 million since the deal began.

On 10 June 2015, the Gares gave evidence to the Senate Inquiry into the great wind power fraud during its Adelaide hearing: [Hansard from the hearing is available here as HTML and here as a PDF (the Gare’s evidence commencing at p63)].

In their evidence they described the noise from turbines as “unbearable”; requiring earplugs and the noise from the radio to help them get to sleep at night; and the situation when the turbines first started operating in October 2010 as “Crap, to put it honestly” – evidence which is entirely consistent with the types of complaints made routinely by wind farm neighbours who don’t get paid, in Australia and around the world; and as detailed in the examples below.

Despite AGL spending tens of thousands on noise “mitigation” measures (including soundproof batts and VLam Hush windows) the noise from turbines continues to ruin their ability to sleep in their own home, as Trina Gare put it:

No, they were waking me up on the weekend. You wake up to the thumping. This is with all the soundproofing in the house. As I said, I sleep with the radio on every night. If they are really cranked up I have to turn the volume up, so I will probably just go slowly deaf.

In her evidence Trina Gare stated, in the same terms as her husband Clive, that:

In my opinion, towers should not be any closer than five kilometres to a dwelling. If we had to buy another property, it would not be within a 20-kilometre distance to a wind farm. I think that says it all.

For more on the Gare’s experience, see our post here. We’ll keep you posted on the Bald Hill’s case. 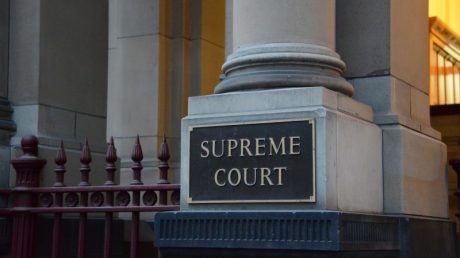