Patrick Byrne sums up the latest in the Maricopa County Audit.  We knew it was bad, but it’s like the election was run by the underage mafia branch of activist dropouts. The leadership of the most powerful nation in the world depended on it, but no one had updated the software in two years, a twelve year old must have been in charge of printing and a million, a whole million, files were deleted the day before the subpoena deadline. The day before.

A quarter of a million early votes have no custody trail, just magically appearing. And while most people could sign their names before the election, everyone who was illiterate in Mariopa found a way to vote in bins and buckets that would only be counted after election day. What were the odds?

The printing calibration was off, the ink bled through the paper, and the votes were certified before people voted, indeed before the ballot papers were even printed.  It’s like someone committed a crime, but didn’t even try to cover it up.

Votes were “Certified and Approved” before they were even printed.

Note the words going under the arrow….? 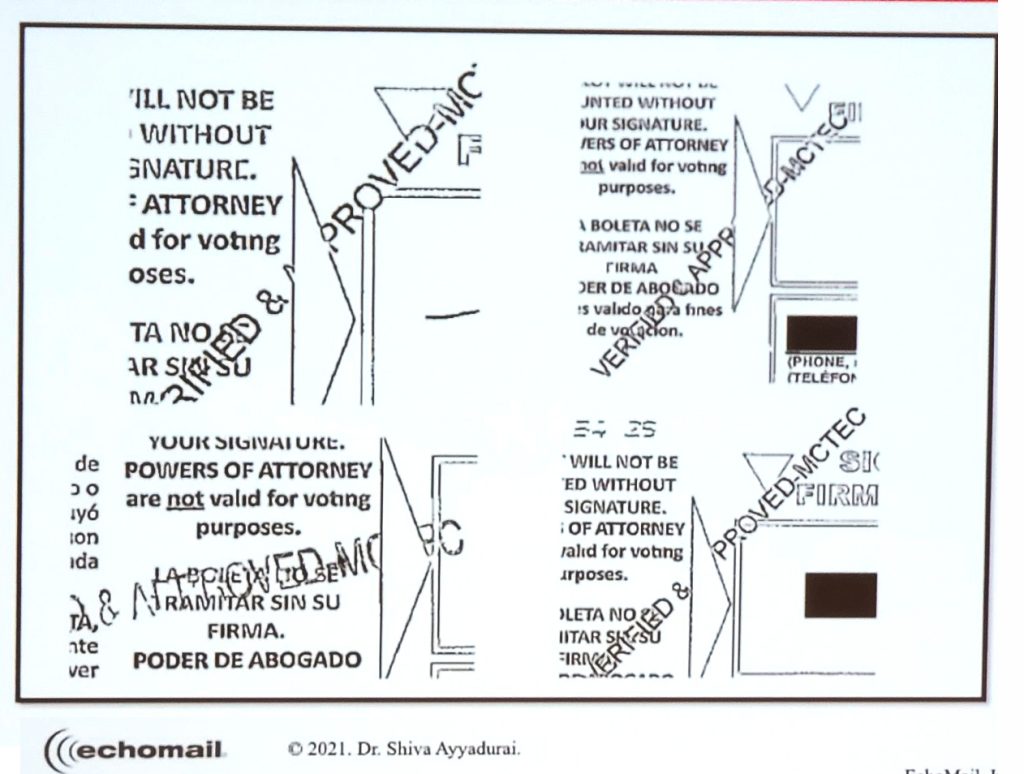 Who needs voters when you have a printing press…?