From Russia to the Indian Ocean to Antarctica, surface temperatures were much warmer than  they are today during Medieval times.

1. The Eastern Russia region was 1.5°C warmer than now during the Medieval Warm Period. The modern warm-up began centuries ago and temperatures have declined in the last few centuries. Relative sea levels were 1 m higher than now 1,000 years ago. 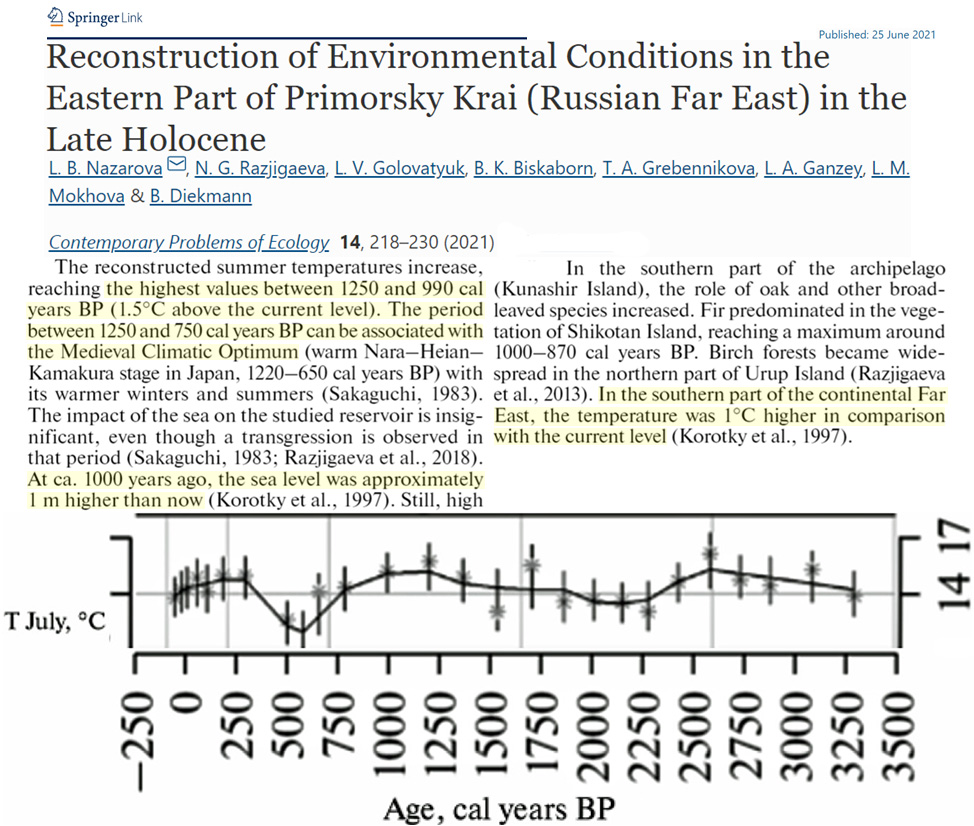 2. Scientists use coral fossil evidence to suggest mean sea surface temperatures (SST) during the Medieval Climate Anomaly were “warmer than today”. At the two Indian Ocean study sites, there has been no obvious SST warming since 1982. 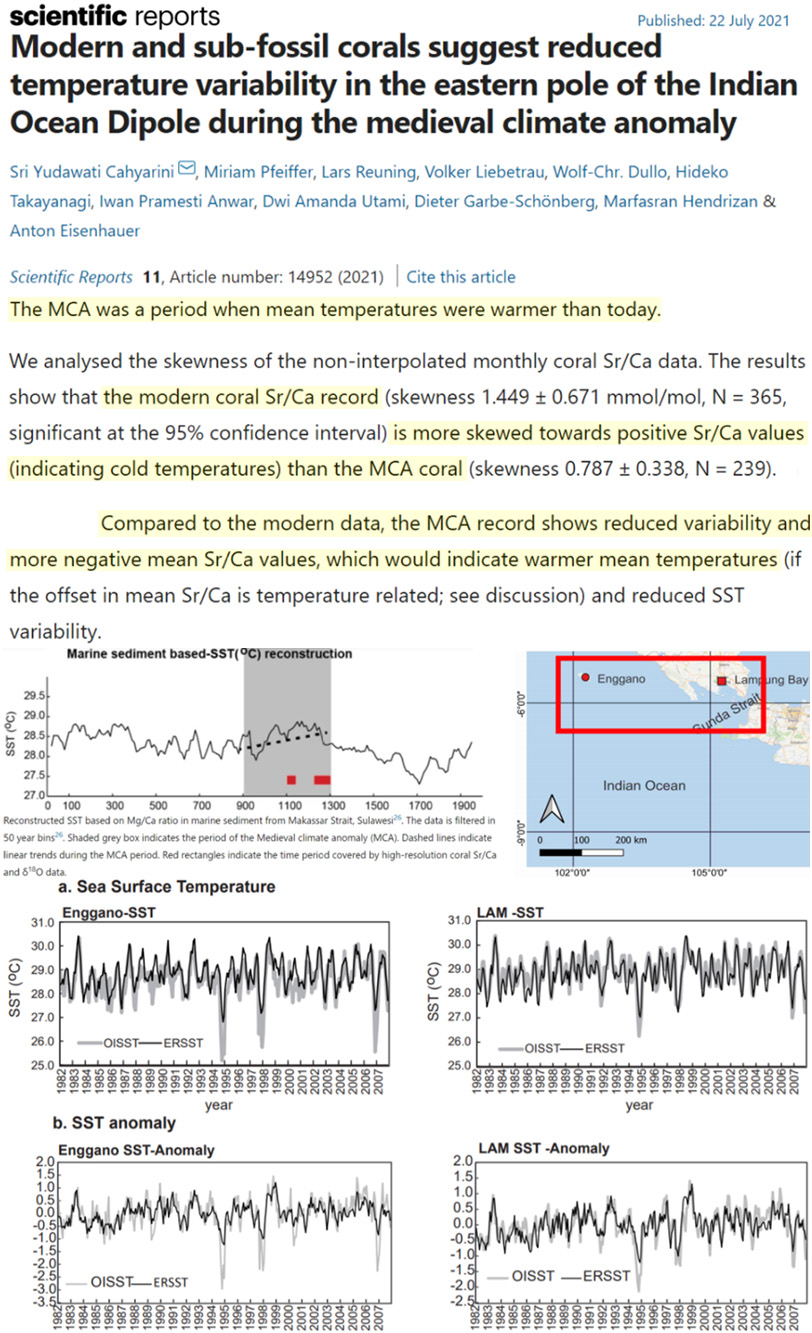 3. The modern (1994-2004) surface temperatures in the South China Sea are colder now than any time in the last 6000 years. Except for a brief interval ~500 years ago, SSTs have been consistently 2-4°C warmer than today since the middle Holocene. 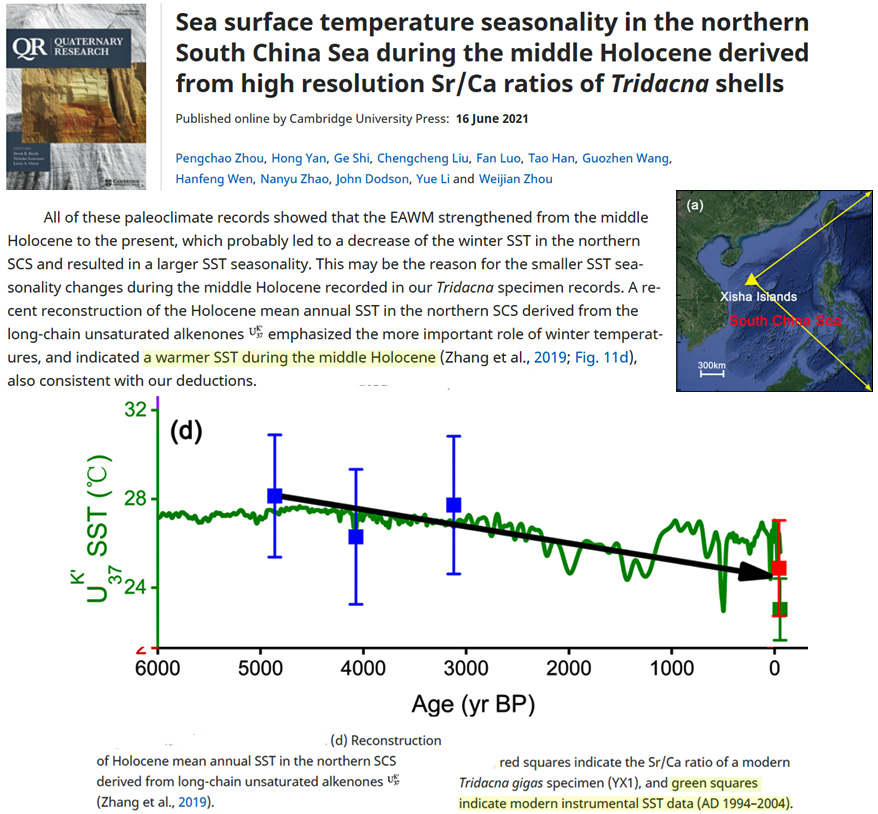 4. Modern sea ice extent for Antarctica’s Ross Sea is more extensive today (and temperatures cooler) than nearly any time in 6000 years.  It was warmer with less sea ice 1.6 to 0.7k years ago. Penguin numbers decline with cooling/increased sea ice. 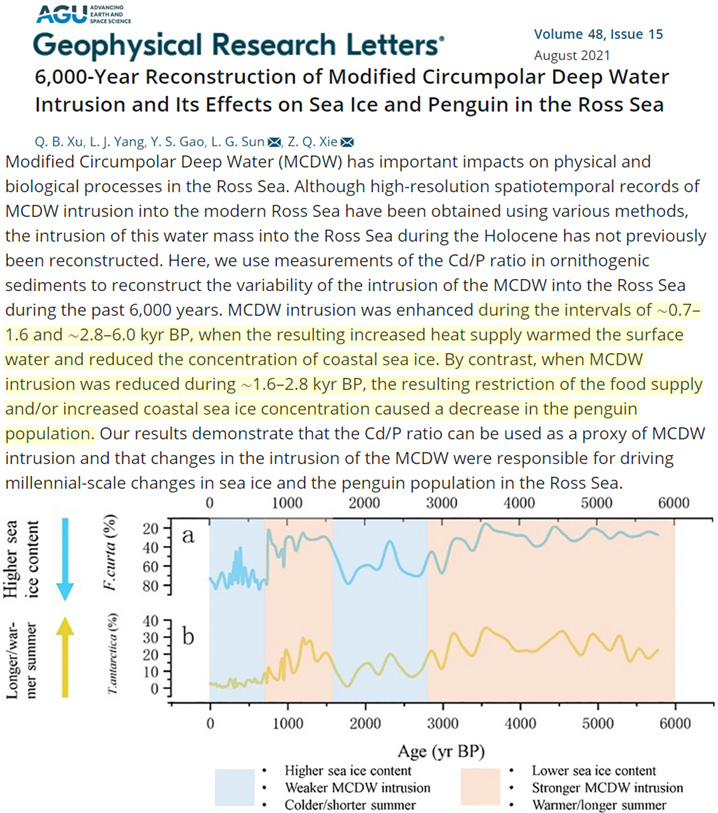