Everyone knows what they are supposed to say, but one in four Americans won’t even say it.

The CEI has done a new poll of 1,200 regular US voters. Supposedly 71% of Americans claim they are very or somewhat concerned, but it’s just a fashion statement for half of them. 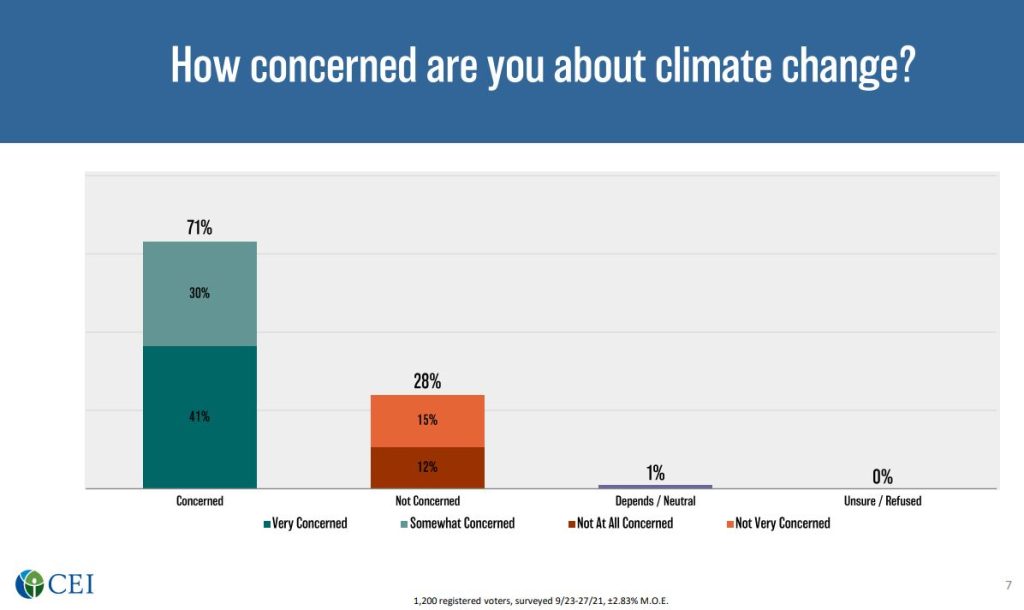 When it comes to spending their own money to change the global climate, they don’t want to.

American’s can’t be too worried about “climate change” if they don’t want to fork out more cash on gasoline and electricity to save the world. Fossil fuels might be destroying life on Earth, but 4 out of 10 Americans don’t want to spend an extra red cent on gas and electricity. That’s annually — a whole year of power and fuel bills.

And remember, it’s only a theoretical question. Anyone can say they’ll spend a lot. 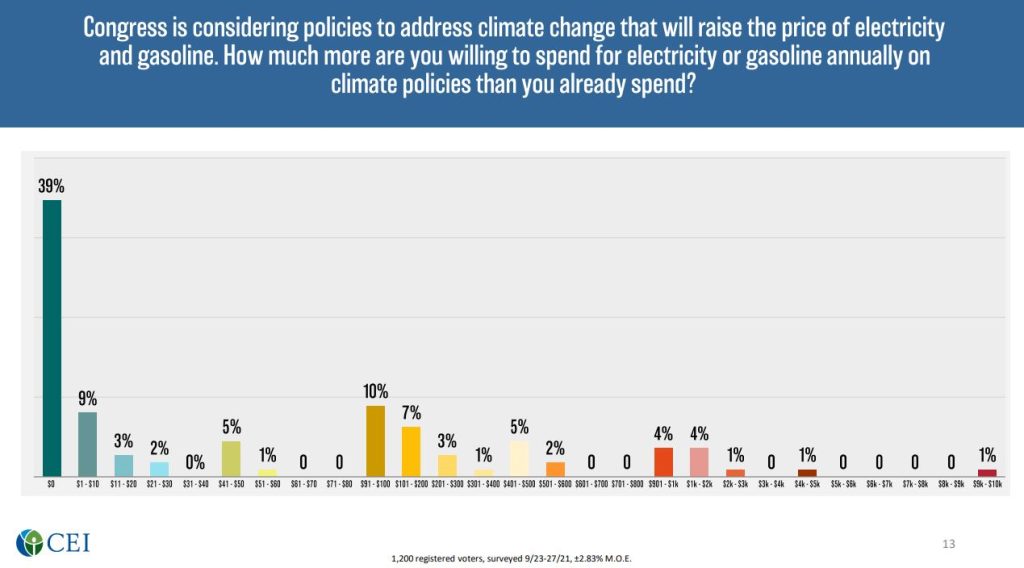 Americans say “give me my gas guzzler”

Only a quarter of people in the US want to spend more swapping the old car for an EV.

Americans don’t want to be told what kind of car they should buy. Except for the baffling 1 in 7 people who want the government to choose their car for them.

Perhaps they’re the ones who already own an EV, and what they really want are the government to force EV’s on everyone else. 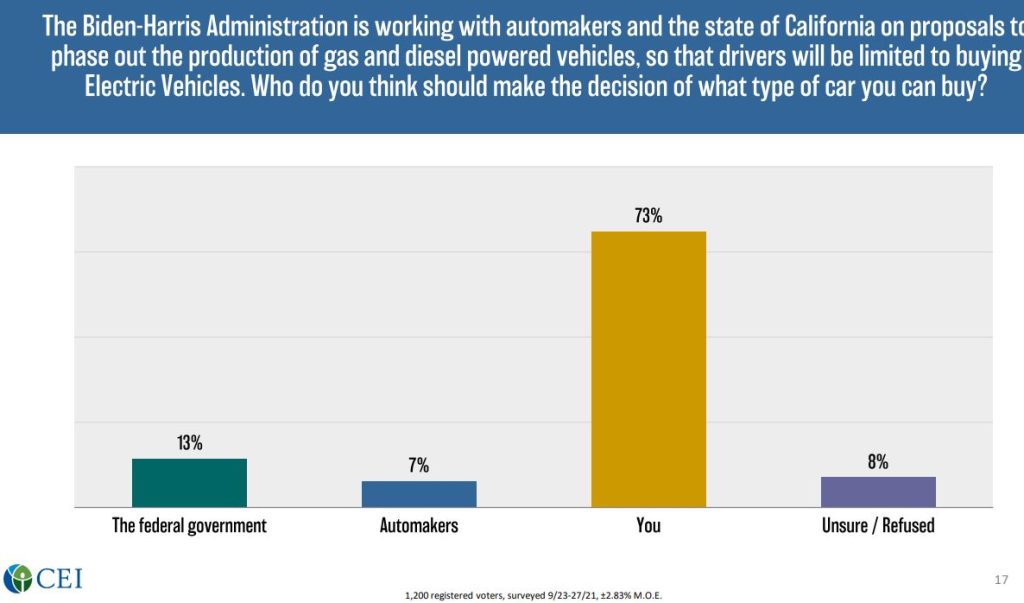 Sensibly, while people don’t want to pay to change the climate, more are willing to spend money to reduce the impacts of climate change. Presumably they are thinking of sea walls, trees and flood levees.

But even then, half of the population don’t want to spend more than $10 a month. It’s tiny. 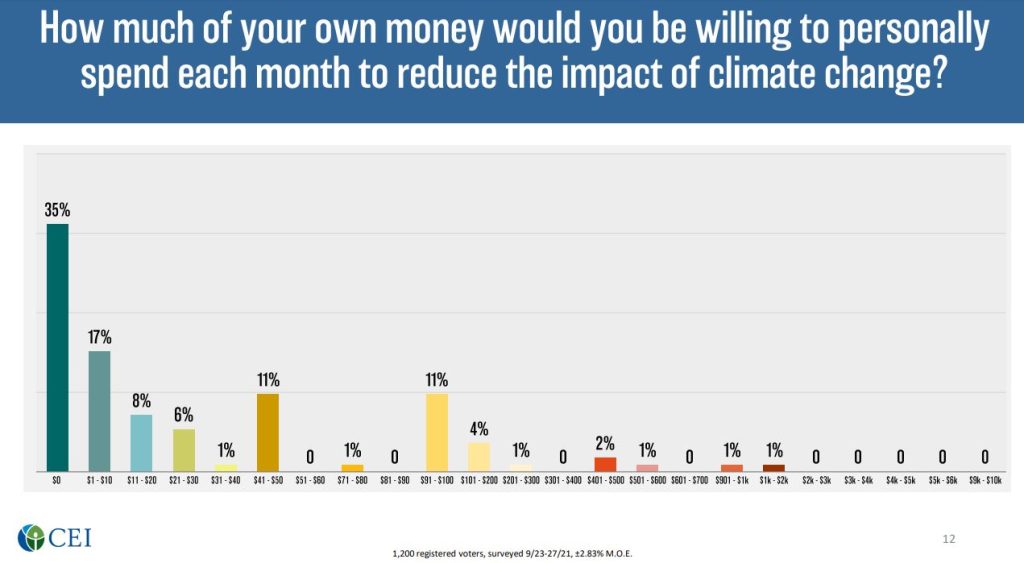 A more telling question would be “what do you spend to reduce the impacts of climate change”. That would reveal how much people are donating to green groups and weather changing charities. But the CEI didn’t ask.