This must be in the running for the Virtue Signalling of the Year Award! 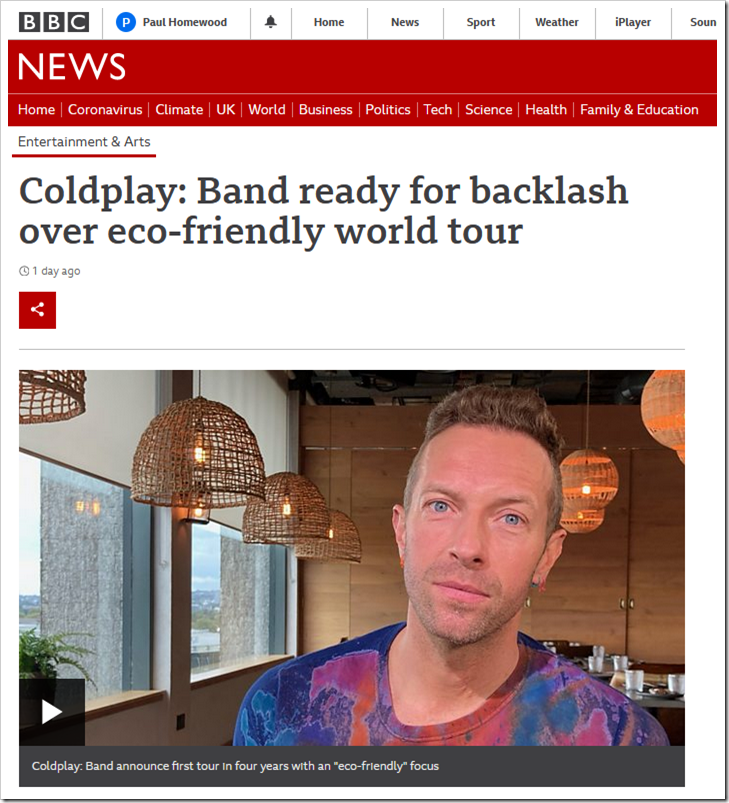 Coldplay’s next tour will partly be powered by a dancefloor that generates electricity when fans jump up and down, and pedal power at the venues.

It’s part of a 12-point plan to cut their carbon footprint, two years after the band pledged not to tour until they could do so in a more sustainable way.

Singer Chris Martin told the BBC in his first interview about the plans that fans will be on "kinetic flooring".

"When they move, they power the concert," he said.

"And we have bicycles too that do the same thing," Martin told BBC entertainment correspondent Colin Paterson.

The singer said he accepted there would be backlash about some of their activities, such as continuing to fly on private jets.

"I don’t mind any backlash at all," he said. "We’re trying our best, and we haven’t got it perfect. Absolutely. We always have backlash for everything.

"And the people that give us backlash for that kind of thing, for flying, they’re right. So we don’t have any argument against that."

Now I admit I did not do GCEs in Kinetic Flooring, but I strongly suspect that far more energy went into making that floor than the energy it will save.

And all of those private jets? Yeah, we know we’re being hypocritical, but up yours!