When we last looked at Indonesia their massive wave in Covid cases had just peaked after ivermectin was approved again on July 15th. Since then the cases have dropped from 50,000 a day to about 900. On a per capita basis today Indonesia is managing Covid about ten times better than Australia. Think about that.

Remember the reason for the Indonesian surge. In June, they had a controlled rolling caseload of 5,000 a day. It was not rising thanks to a philanthropist called Haryoseno who had been arranging for ivermectin supplies at low cost to help people. But in a fit of modern-medicine, in line with the deadly WHO recommendations,  the Indonesian government banned ivermectin on June 12th. Cases took off. Mayhem ensued.  And about 90,000 people died in the following surge.

By early July the anti-parasitic drug ivermectin was hot property in Indonesia, even if it was banned. A number of high-ranking politicians championed it, and people were flocking to buy it.

“ Indonesians have ignored health warnings to stock up on a “miracle cure” for COVID-19 backed by leading politicians and social media influencers, as an out-of-control virus surge sweeps the country.”

By  July 15th the Indonesian government relented, and BPOM approved Ivermectin as Covid-19 Therapeutic Drug. By July 18th new daily cases peaked across Indonesia and now they are lower than they were before. But as far as we know, some two million people were infected after the Government banned a wonder drug so safe that researchers in Australia even feed to small children to stop head lice. 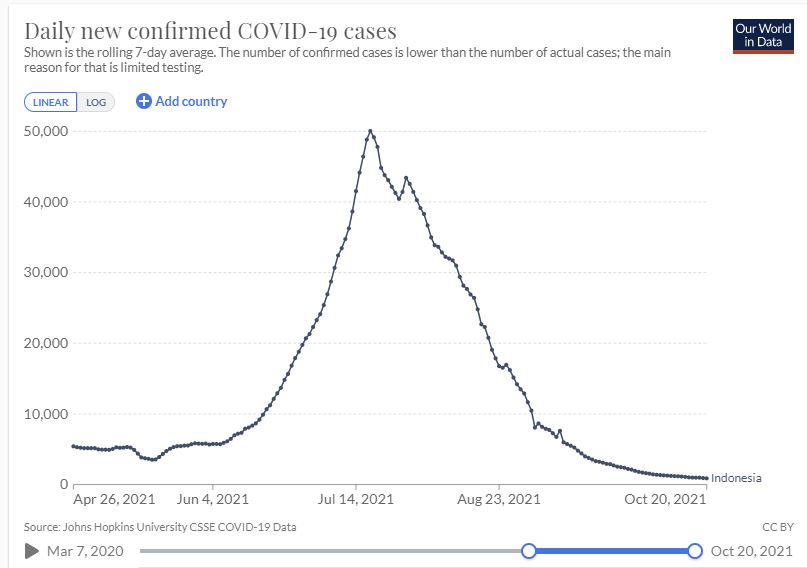 All bell curves look the same, but some are bigger than others. Timing is everything.  OWID

Google Trends show Indonesians were searching for ivermectin in early July. The average Indonesian apparently knows more about treating Covid than our Minister of Health. More even than our Chief Medical Officer.

There was one popular search in Indonesia as cases rocketed.

Greg Hunt could have managed the Covid debacle so much better if he’d just phoned up a pharmacist in Bali.

Australia, on the other hand, decided to vaccinate 15 million people or 70% of the entire population and still has twice as many cases as Indonesia does — even though Indonesia has ten times as many people and only on third of the government revenue.

The Australian TGA committee banned ivermectin on Sept 11th, by the way, possibly to make sure we didn’t accidentally eliminate Covid, or Pfizer’s third quarter profits.  Who can tell?

That lockdown-and-vax plan and the roadmap to freedom doesn’t seem to be working too well.  In Australia billions of dollars were burnt at the stake, not to mention the health risks of using experimental prophylactics, while Indonesia reduced Covid cases by 98% for about one percent of the cost and the main side effects were the deaths of worms, lice and bed bugs.

If Gladys had just dished out the Ivermectin — Uttar Pradesh style — on July 5th, the outbreak would have been over in a few weeks. 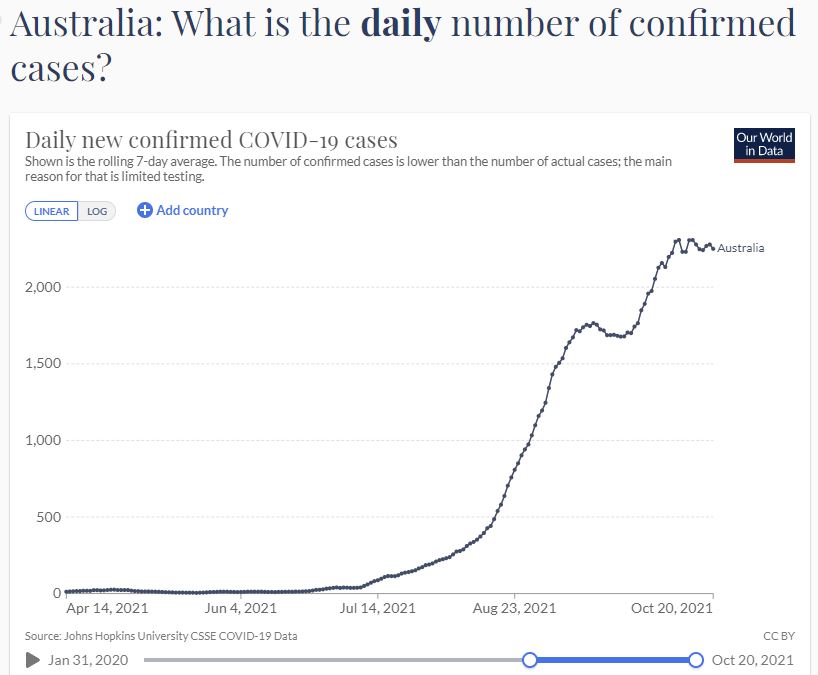 Australia  vaccinated 70% of the population and locked down its two largest states to control Covid and failed.   Source: OWID

The only thing more scary than the Ministry of Health’s incompetence is that politicians and philanthropists in the third world have more freedom than Australian ones do.

At this point people are dying who could be saved. As David Archibald says “It means that Australia could end its covid problem anytime it wanted to at hardly any expense at all. Our government would be aware of what the Indonesians have achieved. It also means that any covid deaths from here on are state-sanctioned murder. “

My summary of Ivermectin

For peer reviewed studies read: The BIG Ivermectin Review:  It may prevent 86% of Covid cases.

Ivermectin has also been used, with apparent success in India, Peru and Mexico (and so many other places). Covid cases fell in the states of India that approved Ivermectin use but rose in Tamil Nadu where it wasn’t permitted. Despite the success,  India’s Health dept suddenly stopped Ivermectin use again and people in India  are suing the WHO in disgust. In Peru, Ivermectin cut covid deaths by 75% in 6 weeks.