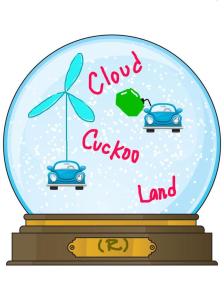 Does that make it official, i.e. that we’re being sold another empty box by climate obsessive governments? No surprise that these critics want even more severe policy measures to constrain industrial economies.
– – –
Net zero targets are a “fantasy” that often just protect “business as usual,” a leading expert in environment and sustainability has said. Phys.org reporting.

Dr. James Dyke, Assistant Director of the Global Systems Institute at the University of Exeter, criticized net zero targets as a “great idea in principle” but which “help perpetuate a belief in technological salvation and diminish the sense of urgency surrounding the need to curb emissions now.”

The excoriating critique is published in “Negotiating Climate Change in Crisis,” a new essay volume on the climate crisis featuring prominent social scientists and humanities scholars from around the world, co-edited by the University of Exeter Business School’s Professor Steffen Boehm.

In a chapter titled “Why net zero policies do more harm than good,” Dr. Dyke and his co-authors Dr. Wolfgang Knorr and Professor Sir Robert Watson argue that the discourse around net zero hinges on deploying potentially dangerous ‘fairytale’ technologies such as carbon capture.

Their essay looks at how projecting a future with more trees was first used by the US to “in effect offset the burning of coal, oil and gas now.”

They go on to argue that the Paris Agreement’s 1.5 degree Celsius emissions target allowed “untested carbon dioxide removal mechanisms” to be included in climate-economic modeling.

They describe Bioenergy Carbon Capture and Storage (BECCS) as a “savior technology,” saying “the mere prospect of carbon capture and storage gave policy makers a way out of making the much-needed immediate cuts to greenhouse gas emissions.”

The authors say: “It has been estimated that BECCS could demand an area of land approaching twice the size of India. How will that be achieved at the same time as feeding eight to 10 billion people around the middle of the century, or without destroying native vegetation and biodiversity?

“The argument appears to be that net zero technologies will work because they have to work,” they add. “But beyond fine words and glossy brochures there is nothing there. The emperor has no clothes.”