So much for the Clean Green Chinese Machine

China is holding a busted flush in the Global Green Poker game. In late summer, local bureaucrats in two-thirds of China’s provinces started enforcing power-saving measures on companies, but after four weeks of rolling blackouts the middle kingdom is so desperate for coal it can’t keep pretending to be Green.  The Rust Belt factories were grinding down, homes were even losing power, winter is knocking at the door and the only thing with fuel in China were the prices.  It’s the worst energy crisis in a decade, and there’s no holding out for another three weeks to fool the rest of the world into thinking it cares about “carbon”.

Instead a national communist committee called the China’s National Development and Reform Commission (NDRC) has apparently ordered mines to go all out — and they are. The word is that China is now digging up nearly 12 million tons of coal each and every day. If they keep this up it will be a “One Billion Ton” quarter, and potentially nearly a 4-billion-ton year. That’s about 8 times Australias entire annual production and about six times the US’s.

It could have happened to a nicer government:

“China could see its worst winter power shortage since 2010,” said Citigroup analyst Tracy Liao. “This would increase stagflation risks and growth pressure on the Chinese and the global economy over the coming winter, push energy prices higher and propel large-scale curtailments in commodity downstream sectors.”

It’s hard to overstate the squeeze on supply. Senior managers from State Power Investment Corp., one of the country’s largest power firms, and representatives from southern Guizhou province met late last month with key coal supplier China Shenhua Energy Co. A request for 3 million tons of the fuel ended with an agreement for only an additional 30,000 tons. The miner simply couldn’t guarantee production would rise enough to offer more.

The lurch to burn more coal comes despite President Xi Jinping’s commitment to reduce China’s consumption of the most-polluting fossil fuel from 2026. The nation was the only major polluter to record higher emissions in 2020 than a year earlier, and that annual volume is expected to rise again. It’s an awkward reality with global climate talks scheduled to open in the coming days.

Things are so bad China is buying electricity from North Korea, Russia, Myanmar in bid to ease power crisis

China is paying a price for smiting Australia through its  coal exports.

… Indonesia is now China’s biggest overseas coal supplier and last months’ shipments hit a record of 21 million tonnes. Indonesia’s coal is lower-grade and worse for the environment to boot.

China turned to Indonesia after coal from Australia was banned last year during Beijing’s ugly coronavirus feud with Canberra. China planned to make up for the shortfall by extracting more coal from Mongolia, but the Wuhan coronavirus pandemic hammered the Mongolian coal industry, leaving frustrated delivery drivers stranded in refugee camps without pay.

One enterprising Australian supplier, Coronado Global Resources Inc, got around the ban by selling coal from its mines in the United States to China. The Chinese are hungry enough for coal to play along.

h/t Scott of the Pacific

Imagine if it gets cold suddenly? 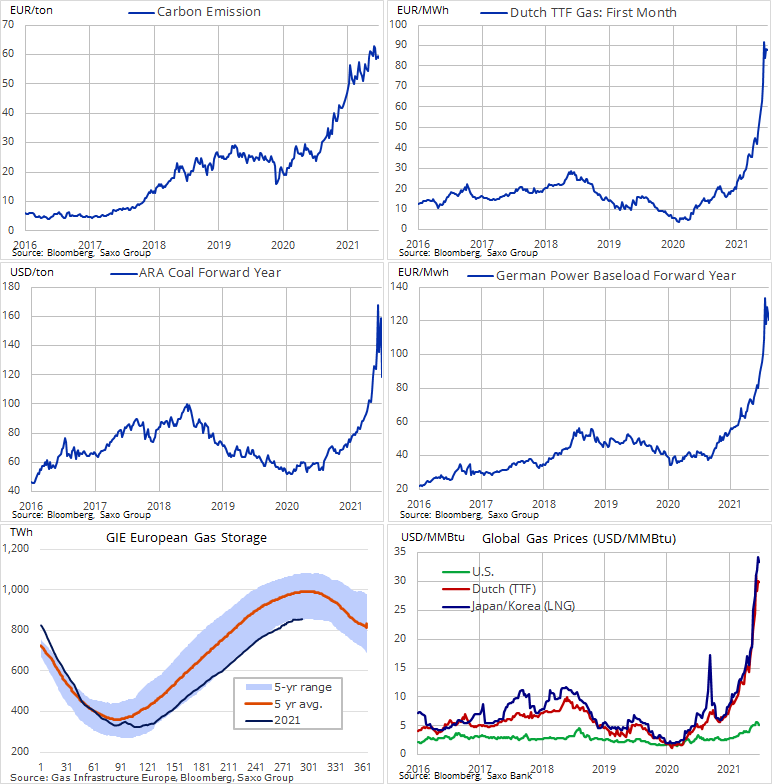 Imagine if it gets cold suddenly?