Ultimately the Australian Government is responsible for the deaths of Australians, and the deaths of their businesses and jobs, due to the banning of a safe, cheap early treatment for Covid. 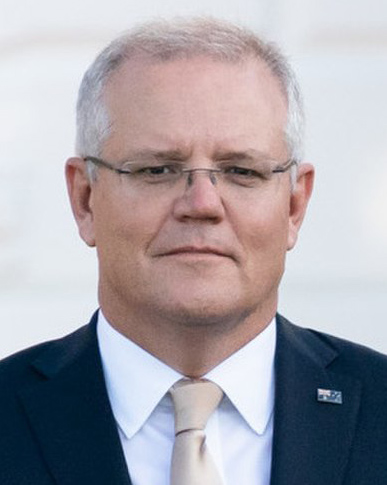 The Prime Minister and the Minister of Health, could change this. But Scott Morrison and Greg Hunt hide behind The TGA as if an unelected, unaudited committee really rules Australia.

In the last three months

If countries larger, poorer and more densely populated can use Ivermectin why can’t Australian doctors prescribe it? Do we give Australian doctors the best education in the world so that they are nothing but robots controlled by an unaccountable committee, or will we allow Doctors to provide the best treatment they believe their patients need?

Australia has no early treatment, we are abandoning people to a virus that almost certainly leaked from a Chinese laboratory.  The TGA did not even ban Ivermectin because Australians with prescriptions might be hurt by it,

they banned a safe drug because “people might not get vaxed”.

Are Australian lives the first concern of Morrison and Hunt, or are the profits of Big Pharmaceutical companies more important? Judge them by their actions.

Indonesia banned ivermectin then relented when a few key politicians championed the cause. Australia can do that too.

We therefore ask the House to ensure the immediate repeal of the TGA statement on Ivermectin, and to provide a firm assurance to the Australian people that overreach of this kind by a Federal Government agency will never again limit access to safe treatments in a non-consultative and unilateral manner.

My ongoing summary of Ivermectin

For peer reviewed studies read: The BIG Ivermectin Review:  It prevents as many as 86% of Covid cases.

Ivermectin has also been used, with apparent success in Uttar Pradesh, Indonesia, Peru and Mexico (and so many other places). Covid cases fell in the states of India that approved Ivermectin use but rose in Tamil Nadu where it wasn’t permitted. Despite the success,  India’s Health dept suddenly stopped Ivermectin use again and people in India  are suing the WHO in disgust. In Peru, Ivermectin cut covid deaths by 75% in 6 weeks.