The GWPF have published a provocative piece by Professor Gwythian Prins, which I highly recommend. One chapter in particular captures the fragile moment around which global affairs is orbiting. The West, comfortable and corrupted, is only just starting to become aware of the duplicity and hostile intent of the Chinese Communist Party.

The paragraphs that struck me the most from Chapter 3.

War by other means is upon us:

The Chinese Communist Party’s Fifth Plenum text of October 2020, setting out the strategy to 2035, told the nation for the first time in decades to ‘prepare for war’(备战) – meaning in any and all forms. It is true that the Chinese military build-up since 2000 has been relentless and remarkable. However, as we will see, at present we do not face open war, but instead war by other means.

“To Loot A Burning House” 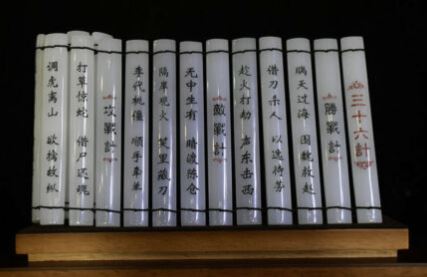 Xi’s tactics are also informed by The Thirty Six Stratagems from the era of the Warring States, a manuscript which is probably a little older than Sun Tzu’s. However, both emerged from periods of great internal turbulence. The Thirty Six are usually grouped into six chapters, and three – two ‘war winning’ strategies and one ‘enemy dealing’ strategy – are most apposite in framing Xi’s conduct.

The first is kill with a borrowed sword (借 刀殺人); in other words, to use our inventions to attack us.

China took Manufacturing, then Tech and the West gave them away. Now it’s come for biotech… and we gave the CCP “Gain of Function”.

The second is loot a burning house (趁火打劫); to take advantage of an enemy’s misfortune. This metaphor facilitates the principle of ‘ghost attack’ – the perpetration of hostile actions with plausible deniability, such that the attacked party is powerless to retaliate without seeming to be the aggressor. An example would be the current Covid pandemic.

A bioweapon released close to the Lab it came from could be an accident. It’s plausible…

It also encompasses the idea of creating adverse circumstances – setting the house on fire – and pushing the enemy into self-harming behaviour. The third is an ‘enemy dealing’ strategy: hide a knife behind a smile (笑裏 藏刀), the tactic of concealing hostile intent behind apparent co-operation. Conduct over energy and climate policy appears to be a leading arena for this stratagem, as we shall see in detail.

The fifth columnists, the Greens, the university “friends”:

The spear-point for Xi’s ghost attacks is China’s Ministry of State Security United Front Work Department (UFWD): a multiheaded hydra. Xi Jinping has described it as ‘…an important magic weapon for  strengthening the party’s ruling position…

The UFWD’s tactics towards us can also be seen to derive from long-standing Chinese strategies such as the Thirty Six. For example, employing the stratagem let the enemy’s own spy sow discord in the enemy camp (反間計), it has, with considerable success, ‘made friends for China’ within and across the western elite establishment. In the British case, that embraces the worlds of business (notably the 48 Group Club), of politics (green activists have been a particular focus for the UFWD54), and spans academia and universities, notably Cambridge under its current Vice-Chancellor, and Nottingham. Science and science publishing, where a naïve belief in the global community of science can, wittingly or not, be exploited to meet China’s objectives are especially targeted. Winning influential friends – ‘Fifth Columnists’ witting or unwitting – so as to destroy an enemy’s ability to resist is a classic indirect approach, straight from the pages of Sun Tzu, and conforming to the first of the ‘chaos strategies’ of the Thirty Six: ‘Remove the firewood from under the pot’ (釜底抽 薪). In western idiom, it is to draw the fires from the boilers to slow and eventually stop the engines.

Is it a coincidence that oil and gas prices are so high?

During 2020, in quick order, China made three long-term oil and gas agreements, with Iran, Abu Dhabi and Saudi Arabia.

If it’s a coincidence now, it won’t be in the future…

To hide a knife behind a smile

… China is currently building 250 GW of additional new coal-fired plant, more than currently exists in the entire USA (229 GW), and a 25% increase on current capacity. Alongside other conventional capacity, such as nuclear and gas, this will support a 50% increase in electricity consumption by 2040 (>10,000 TWh, as compared to 7,000 TWh today). Figure 7 shows China’s fuel mix trends, dominated by coal, and with ‘new renewables’ barely visible traces. We may therefore safely deduce that China has no intention of embracing western ‘green’ obsessions. 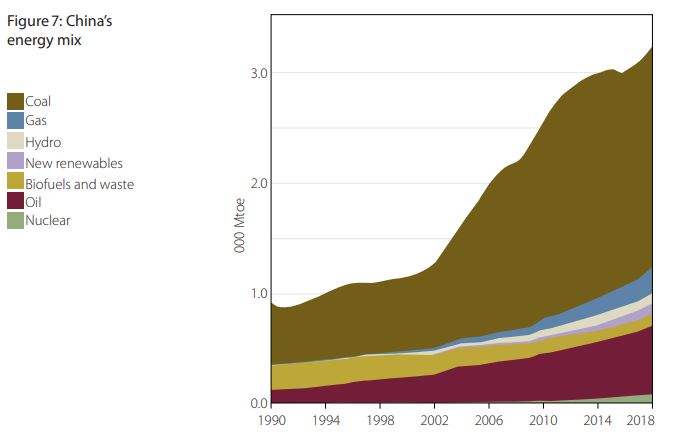 But has Xi revealed the hostile intent too soon?

With AUKUS formed, the Quad alliance, and nuclear subs on the way for Australia, there are signs the West is waking up (finally).

The new-found resolve of the Anglosphere nations may reinforce the views of those in Peking who have been doubtful of the wisdom of Xi Jinping’s abandonment of the first of the Thirty Six Stratagems (Deceive the heavens to cross the sea), for it is a sign that open hostility has awakened the Five Eyes, as they warned and feared. All officers in the Queen’s navies – RN, RAN, RCN, RNZN – hold Crown Commissions, and her navies are already fully interoperable, and share a professional culture  those of the USA, India and Japan. Xi’s critics in Peking will fear that his aggression has prompted the making (or rather, remaking) of a global navy for the Free World, led by the English speaking peoples. We should not assume that his ascendancy is any more secure than that of previous emperors.

The intent is so obvious when studied under the right lens:

It is simply using our green obsessions to its advantage and against our interests. In the terms of the Thirty Six, Peking intends to loot a burning house: it will encourage its competitors (us) to use thermodynamically inferior fuels in order to build in economic weakness, and will assist us in compromising our transport and electricity infrastructures. It will ignore biomass, tidal, geothermal and hydro as strategically insignificant. Nor will it involve itself in hydrogen, recognising that both the current ‘green’ and ‘blue’ routes to its production, as explained earlier, are unviable economically. But it will happily continue to manufacture wind power components and solar panels for us, and it will use uncompetitive market practices to displace western (and Japanese) competitors, and so dominate the markets for these items. In this way, China will weaken our manufacturing bases, while indulging our ‘green’ and ‘Net Zero’ obsessions and it will thus control these markets – and hence us – for so long as we allow it to do so.

There is much to be pondered, and messages to share from The Worm in The Rose.

GWPF ran a webinar on Tuesday: COP26 – What are China’s real intentions?

Professor Gwythian Prins is Research Professor Emeritus at the LSE and a member of the Academic Advisory Council of the Global Warming Policy Foundation.