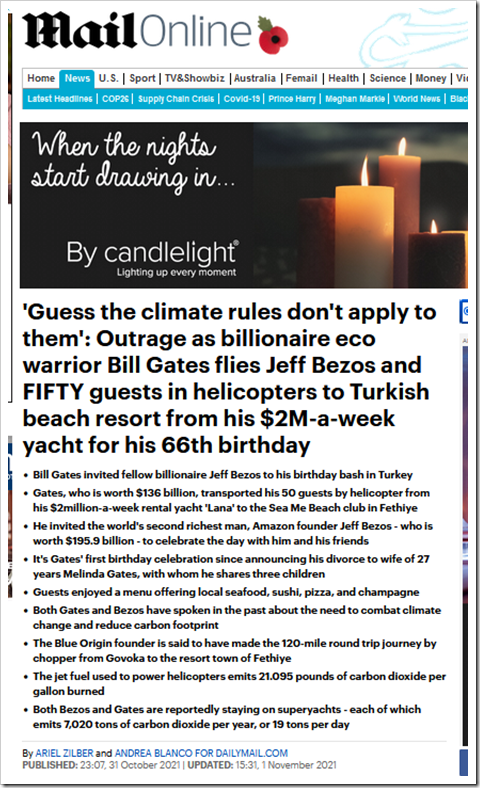 Bill Gates and Jeff Bezos were slammed as hypocrites for lecturing the world on the need to combat climate change by reducing carbon footprint while at the same time reportedly vacationing on superyachts off the coast of Turkey.

Multi-billionaire and Microsoft founder Gates celebrated his 66th birthday in Turkey in the company of fellow tycoon and Amazon founder Bezos on Friday.

Bezos was among the 50 guests invited to Gates’ private party beside the Mediterranean. It’s not clear whether any of Gates’ family helped him celebrate at his exclusive bash.

Gates – once the richest man on earth who has dropped to fourth on the Forbes Rich List ranking with $124 billion – transported his guests by helicopter from his $2million-a-week rental yacht ‘Lana’ to the Sea Me Beach club in Fethiye.

According to reports, Bezos also travelled to Gates’ superyacht by helicopter.

The Blue Origin founder is said to have made the 120-mile round trip journey by chopper from Govoka to the resort town of Fethiye.

Based on the same estimations, Bezos’ helicopter emitted some 215 pounds of carbon dioxide into the atmosphere.

Both Bezos and Gates are reportedly staying on superyachts – each of which emits 7,020 tons of carbon dioxide per year, or 19 tons per day. 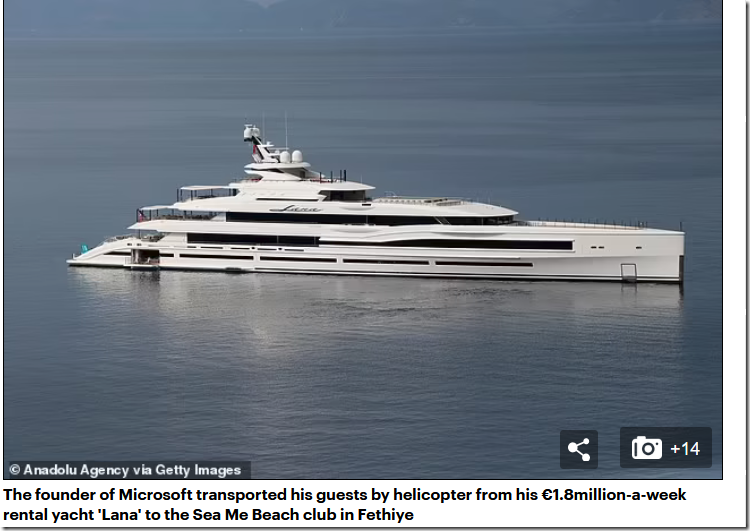 After jetting into Scotland in his $65 million Gulfstream private jet, Bezos had a nice, friendly chat with Prince Charles, who presumably did not object to the hypocrisy of his guest! Billionaire Jeff Bezos and his girlfriend Lauren Sanchez met with Britain’s Prince Charles last night on the eve of the Cop26 climate summit in Glasgow, after jetting into Scotland on a $65 million private jet.

According to Biz News, 400 private jets have flown into Glasgow this week. 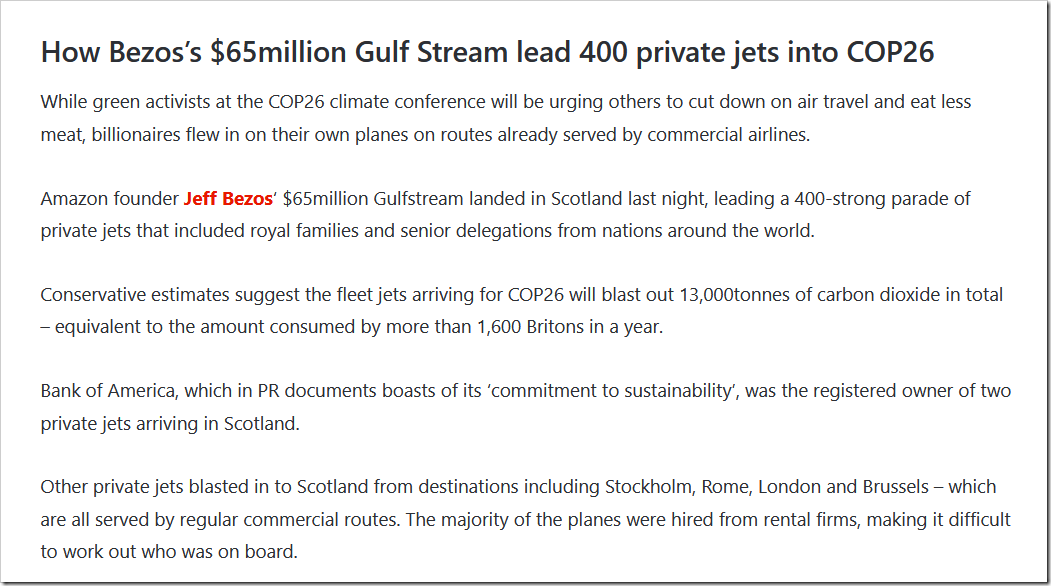 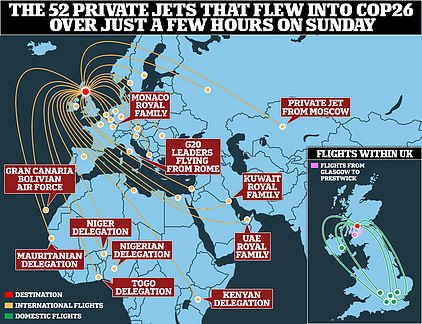 The jets arriving in Scotland on Sunday caused such an extraordinary traffic jam that it forced empty planes to fly 30 miles to Prestwick to find space to park.