The BBC has broadcast a full length Panorama episode, “Wild Weather: Our World Under Threat”, narrated by Justin Rowlatt.

Needless to say, it is no more than propaganda, cherry picking a few events:

The introduction tells you all you need to know, with Rowlatt stating:

“The world is getting warmer and our weather is getting ever more unpredictable and dangerous. The death toll is rising around the world”

For a start, thanks to advances in meteorology, our weather is actually becoming far more predictable.

As for it becoming more dangerous, with death tolls rising, the opposite is true: The programme loses all credibility a minute later, when the totally discredited Michael Mann is wheeled on.

The blurb lists the “climate” disasters which Rowlatt covers, so let’s pick these off one by one:

US heatwaves and wildfires

This figure shows the annual values of the U.S. Heat Wave Index from 1895 to 2020. These data cover the contiguous 48 states. An index value of 0.2 (for example) could mean that 20 percent of the country experienced one heat wave, 10 percent of the country experienced two heat waves, or some other combination of frequency and area resulted in this value.

As for wildfires, they used to burn five times the acreage:

As Bjorn Lomborg explained, the real problem is the building of new homes in fire risk areas: 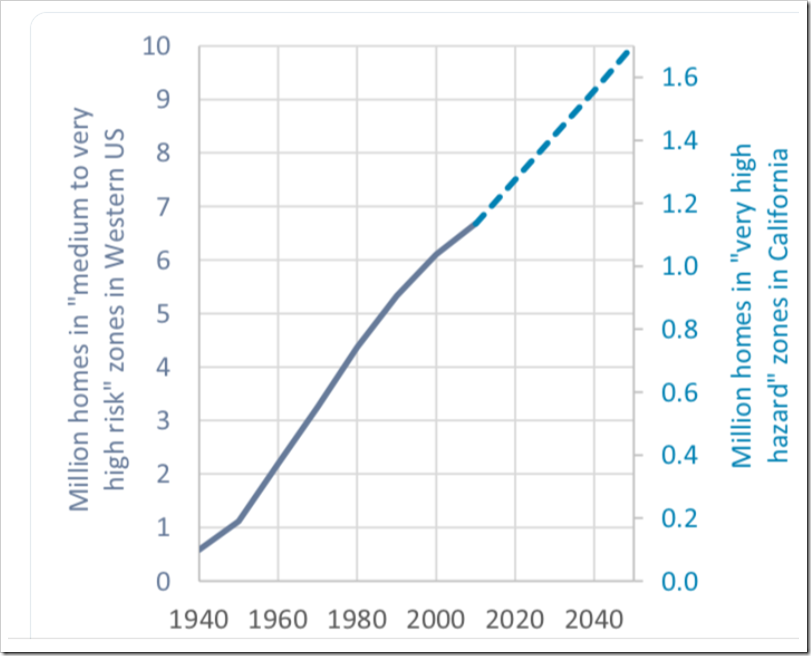 The area flooded this summer has regularly been flooded in the past, and there is no evidence that climate change had anything to do with it at all.

Contrary to claims of record rainfall, the 24-hour rainfall was between 100mm and 150mm in the region: 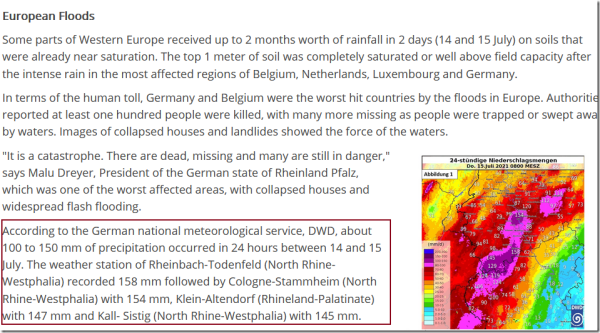 This compares to the German record of 353 mm:

And a German study last year could find no long term trend in heavy rainfall days there:

A plague of mice in NSW

Rowlatt must be getting desperate to include this item!

Apparently the mice thrived because of plentiful summer rain this year, which led to record crops.

Rowlatt makes a particular issue about the switch from drought to rain, as if it were something unusual in Australia. In fact that is the norm there, and rainfall this summer in NSW was not in the least unusually high. Nor was the drought which preceded it unusually severe:

Once again, a perfectly normal occurrence is portrayed as climate change, without any evidence being offered whatsoever.

Finally there’s the famine in Madagascar, which is ludicrously labelled “the world’s first climate change-induced famine. “

The actual data however shows that agricultural output, although down from the record set in 2012, is running at a higher level than any other year:

According to one project, the real problem is the lack of land available for farming, which is critical when population has doubled in the last thirty years. They also point out that Madagascar has always been highly exposed to natural disasters, but because of overfarming, the soil erodes and loses fertility:

Naturally Rowlatt travels to all of these exotic locations to film a few minutes of video. But BBC emissions don’t count, do they?