Drivers making the switch to electric vehicles risk being forced to spend even more amid rising battery costs, experts have warned, in a blow to Britain’s green ambitions.

The cost of lithium battery cells is rising for the first time after years of decline, with strained lithium supplies adding to rising prices of other cell materials.

Chinese battery producers are said to be writing to customers looking to renegotiate contracts, including moving away from fixed pricing structures.

The high upfront costs of electric cars is considered a key factor preventing consumers from making the switch from petrol or diesel. They are cheaper to run, but it can take years to recover upfront costs.

A survey published by consumer group Which? in August found that a Mini EV costs £26,000 while the petrol alternative costs £16,605. The cost of running the Mini EV over three years was £1,827 compared to £4,418 for the Mini One – a £2,591 difference, taking into account tax breaks and lower fuel and servicing costs for the electric car.

Benchmark Mineral Intelligence, the price reporting agency, said: “Battery makers appear set to pass on lithium price increases to the automotive manufacturers and other downstream customers, which could have a major impact on electric vehicles coming to market between 2022 and 2024.”

Petrol and diesel cars are being phased out in many countries in an effort to cut carbon emissions, with the UK set to ban the sale of new models in 2030. 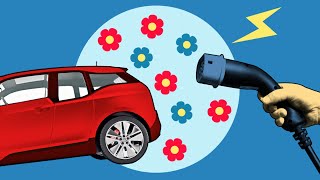 Technology and scale have been pushing down the costs of batteries and cars, with some studies predicting electric models could become cheaper to purchase by the middle of the decade. But rising battery costs risks slowing that progress.

Investment in new lithium production has been slow following a glut that triggered a price crash in 2018. With demand for electric cars growing as countries move to lessen use of fossil fuels, supply has not kept up, causing a surge in prices.

Benchmark says prices for battery grade lithium carbonate in China have climbed more than 300pc since October 2020, hitting $28,765 in October. Prices for nickel and cobalt, also key battery ingredients, have also climbed, with Benchmark’s cathode price index up by 62.4pc over the year.

It believes the lithium supply shortages are set to deepen next year and continue through the mid-2020s.

Benchmark said: “Battery makers are being buffeted by rising raw material cathode and anode raw material costs, which represent the largest share of a cell’s bill of materials, but also by price rises for peripheral battery cell components such as binder materials, and copper and aluminium foils used in electrode production.”

Rachel Millard is being a bit naughty comparing running costs, which include fuel duty and cat tax for the petrol Mini. Whilst EVs are subsidised in this respect at the moment, this is not sustainable in the long run. She writes:

A survey published by consumer group Which? in August found that a Mini EV costs £26,000 while the petrol alternative costs £16,605. The cost of running the Mini EV over three years was £1,827 compared to £4,418 for the Mini One – a £2,591 difference, taking into account tax breaks and lower fuel and servicing costs for the electric car.

The running cost for the Mini One would be around £2000 to £2500. Her analysis implies that EVs are cheaper in the long run, which is patently absurd.

Independent mining experts have been saying for years that the exploding demand for electric cars and batteries generally would lead to raw material shortages and rocketing prices.

This is of course the opposite of the advice given to government by the wretched, lying Committee on Climate Change.