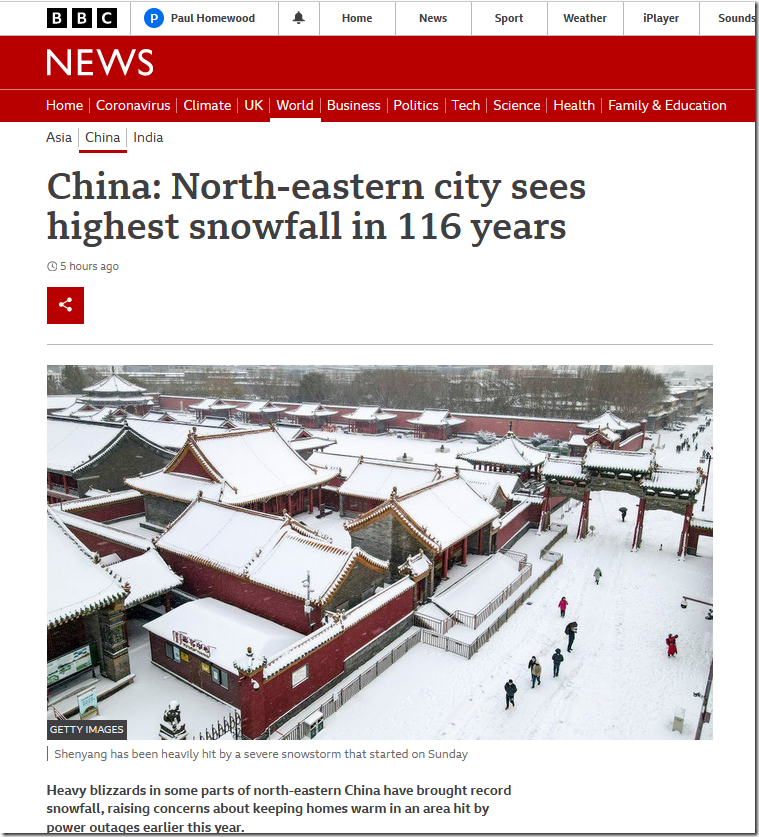 Heavy blizzards in some parts of north-eastern China have brought record snowfall, raising concerns about keeping homes warm in an area hit by power outages earlier this year.

This is the highest recorded snowfall since 1905, said state outlet Xinhua.

In neighbouring inner Mongolia, one person died and more than 5,600 were affected after a heavy snowstorm.

Meteorological researchers in the Mongolian city of Tongliao told state outlet the Global Times that the snowstorm was an extremely random and sudden extreme weather event.

A total of 27 red alerts were issued across Inner Mongolia and north-eastern China – the highest warning alert for snowstorms.

Naturally the BBC say it is a “weather event”. If it had been a heatwave, they would have called it a “climate”.

But the real issue which the BBC has not raised is what will happen in future when China stops burning coal, both for power and heating? It may not have occurred to the writer, but much of China gets very, very cold every winter.

Solar panels will be useless when they are covered in snow, and wind turbines will freeze up just as they did in Texas in February.