Russian physicists (Smirnov and Zhilyaev, 2021) have published a peer-reviewed paper in the Advances in Fundamental Physics Special Issue for the journal Foundations.

They assesses the role of CO2 molecules in the standard atmosphere and assert “we have a contradiction with the results of climatological models in the analysis of the Earth’s greenhouse effect.”

Key points from the paper include the following:

1. Climate model calculations of CO2’s impact on global temperatures are in error by a factor of 5 as a result of “ignoring, in climatological models, the Kirchhoff law” which says radiators are “simultaneously the absorbers.”

2. Change in the concentration of an optically active atmospheric component (like CO2) “would not lead to change in the outgoing radiative flux.”

3. CO2 molecules “are not the main radiator of the atmosphere.” Water vapor molecules are, and thus they “may be responsible for the observed heating of the Earth.” 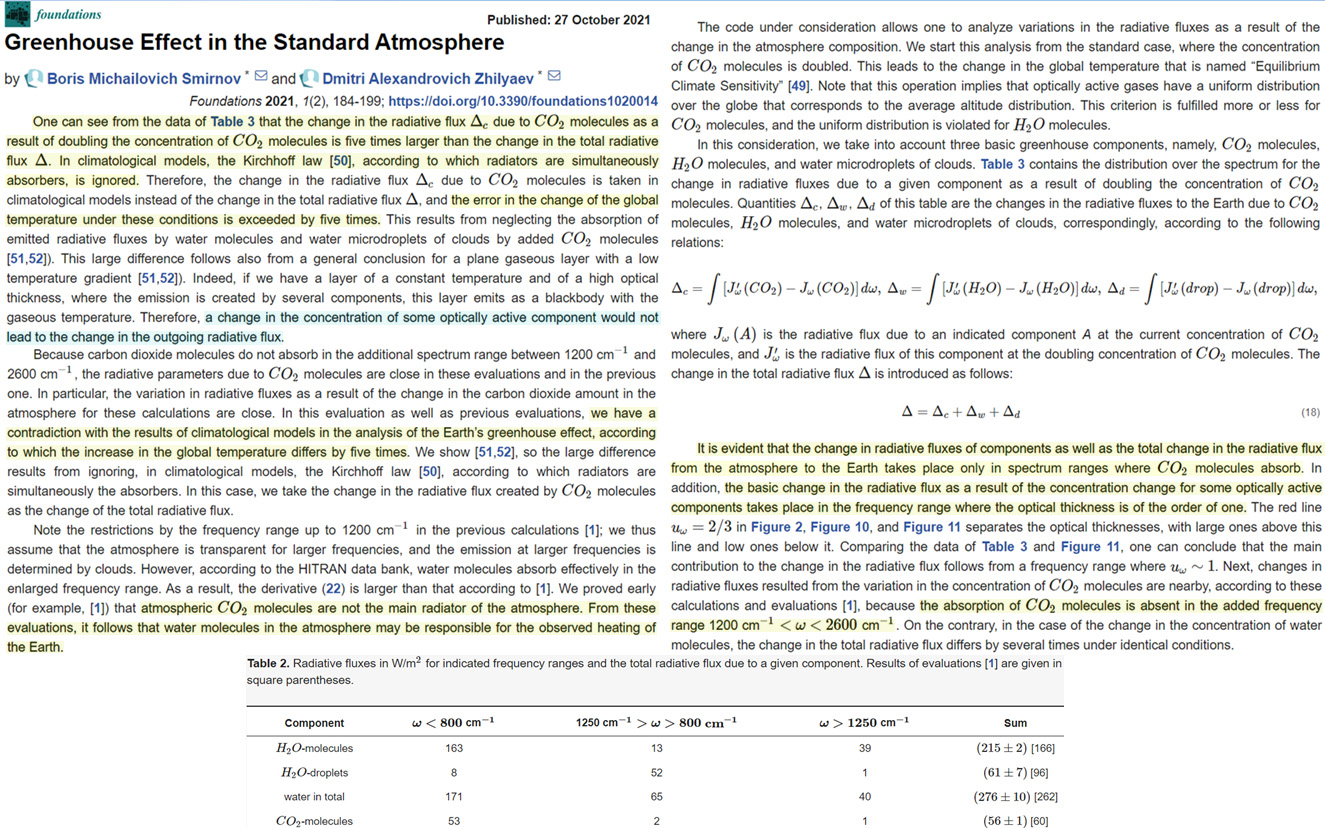 The discrepancy between the greenhouse gas effect of water vapor molecules relative to CO2 has been addressed elsewhere.

Lightfoot and Mamer (2014) and (2017) suggest water molecules are a) 29 times more abundant in the atmosphere and 1.6 times more effective at warming than CO2 molecules are; b) water vapor accounts for 96 percent of the total radiative forcing for all greenhouse gases; and c) doubling CO2 concentrations to 550 ppm would only result in a global temperature increase of 0.33°C. 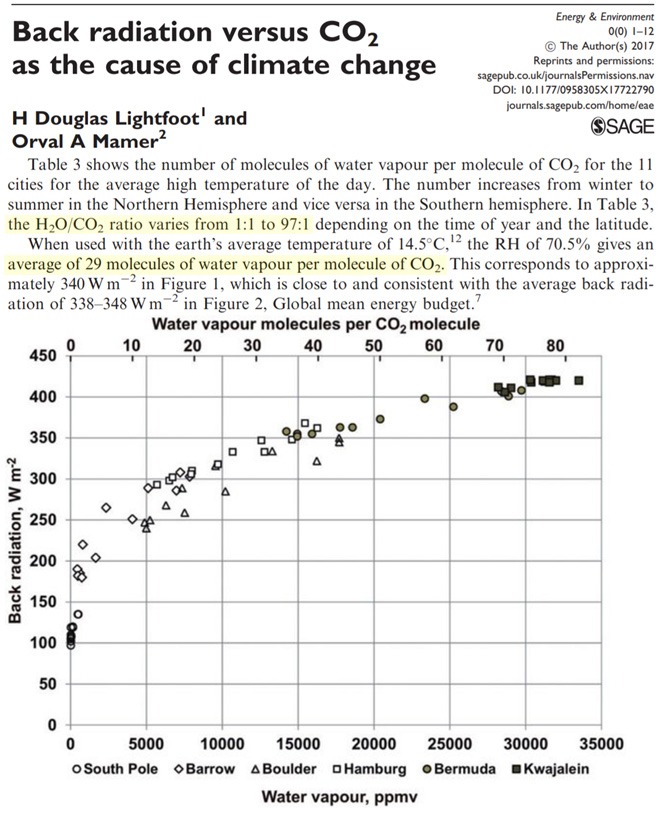