Think of an electric car and the first name that comes to mind will probably be Tesla. The California company makes the world’s bestselling electric car and was recently valued at $1tn. But behind this US success story is a tale of China’s manufacturing might.

Tesla’s factory in Shanghai now produces more cars than its plant in California. Some of the batteries that drive them are Chinese-made and the minerals that power the batteries are largely refined and mined by Chinese companies.

As the world transitions to electric vehicles (EVs), companies are racing to secure and strengthen their positions in the battery supply chain, from mineral extraction and processing to battery and EV manufacturing.

The sector has seen a move towards vertical integration – where one company controls a number of steps along the supply chain – to guarantee supply and, in some cases, to improve transparency.

And in what has been dubbed, the “battery arms race”, China is in pole position.

China is the world’s biggest market for EVs with total sales of 1.3m vehicles last year, more than 40% of sales worldwide. Chinese battery-maker CATL controls about 30% of the world’s EV battery market. And cobalt specialist suppliers Darton Commodities estimate that Chinese refineries supplied 85% of the world’s battery-ready cobalt last year; a mineral that helps to improve the stability of lithium-ion batteries.

Most of that cobalt comes from the Democratic Republic of the Congo (DRC), where almost 70% of the mining sector is dominated by Chinese companies.

Drive through DRC’s southern copper and cobalt mining belt, and signs in Chinese are everywhere: at the entrance to casinos and hotels and on trucks and business premises.

The Chinese treat Congolese very badly. They like to insult us. Even for a small fault, you’re punished

In August, China Molybdenum Company (CMOC), a giant Chinese mining firm, announced an investment of $2.5bn (£1.8bn) to double copper and cobalt production at its Tenke Fungurume Mine, already one of the largest in DRC. That followed its purchase of a 95% stake in nearby Kisanfu copper and cobalt mine for $550m.

Fellow Chinese corporate giant, Huayou Cobalt owns or has a stake in at least three copper-cobalt mines in DRC and is a key player at every step of the cobalt supply chain, from mines to refineries to battery precursor and cathode production.

But China’s dominance of DRC’s copper-cobalt mines comes at a price, according to claims by Congolese workers employed at them.

“The Chinese treat Congolese very badly. They like to insult us. They like to raise their voices. Even for a small fault, you’re punished. The Chinese are there as the boss to control Congolese,” says a worker employed at Sicomines, a mine majority-owned by a Chinese consortium, which includes Huayou Cobalt. 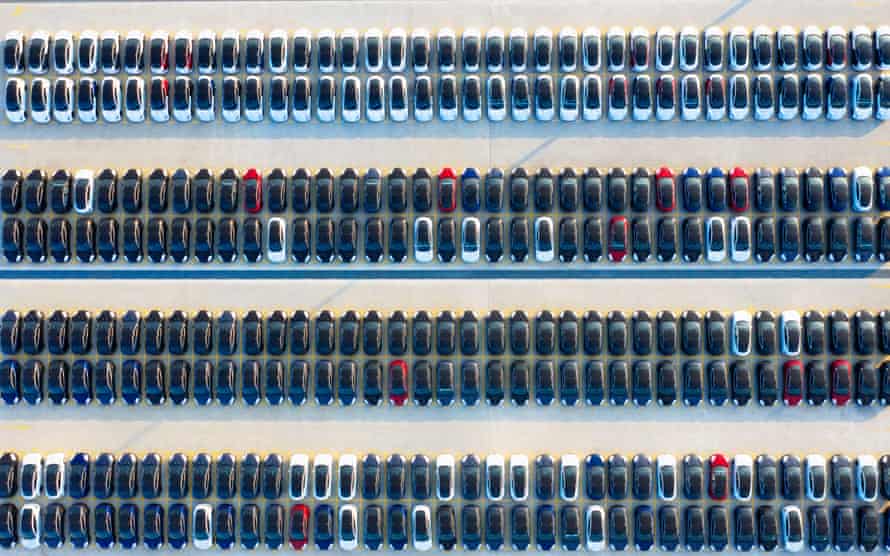 Workers at Sicomines claim they are paid less than Chinese workers who do the same jobs, and are subjected to degrading treatment by Chinese supervisors.

“It’s the same as during the colonial times but now we’re under the Chinese,” says another worker.

Yet Amnesty International, which has conducted investigations into human rights abuses in the informal mining sector in the DRC, says the nationality of the companies dominating the EV market is not their primary concern.

“The issue is that many of the Chinese mining companies are refusing to be transparent about their operations, but the human rights issues related to cobalt mining in the DRC did not arrive with the Chinese: the DRC has a long history of foreign players coming to the country and exploiting their resources with little accountability,” says Mark Dummett, programme director at Amnesty International.

“Amnesty is extremely concerned about the impact that mining for electric car batteries is going to have on communities around the world; it has the potential to be devastating if the brands at the top don’t use their leverage to demand that these new global supply chains are set up in a way that respect human and environmental rights.”

Chinese mining companies point to the contributions they make to DRC’s revenues and local communities, while working in a challenging environment.

One Chinese manager says, “It’s very frustrating to work with the Congolese government. It’s the most corrupt country.”

Analyst Christian-Geraud Neema Byamungu, says labour laws are not always respected and corruption is widespread in the country as a whole, which potentially could create an environment in which companies are not inclined to follow the rules.

Some car and battery manufacturers are beginning to reduce the amount of cobalt in their batteries, partly as a way to avoid the legal and reputational risks associated with cobalt from DRC. Nickel-rich batteries are seen as one way forward, but the same Chinese companies that dominate cobalt mining in DRC – Huayou Cobalt and CMOC – are also increasing investment in nickel extraction and processing in Indonesia, which has the world’s largest nickel reserves at 72m tonnes. This means China is now the largest global market producer of nickel, beating off competition from Europe and the US.

“China will be the major player because they connected with the market in the country – but also export the nickel material at a lower price compared to Europe, as Chinese companies are known for cheap labour,” says Paul Ginting, executive director of Action for Ecology and People’s Emancipation (AEER), an Indonesian environmental NGO.

Recently there have been efforts to push back against China’s dominance, starting in DRC.

On a visit to Kolwezi in May, a city in the heart of DRC’s copper-cobalt belt, the country’s president, Félix Tshisekedi, said: “People come to Congo empty handed and when they leave they are billionaires, but we remain poor.”

DRC recently announced a review of some of its biggest mining contracts, including the $6.2bn deal which gave the Chinese consortium majority control over Sicomines in 2007. 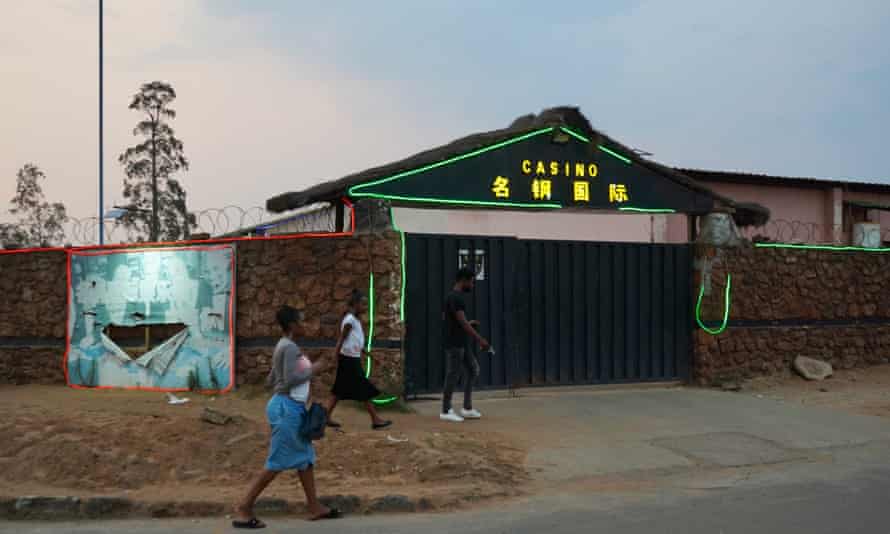 The Chinese presence is everywhere in Kolwezi, from casinos to hotels, to road expansion projects and mines. Photograph: Pete Pattisson

In Europe too, companies are beginning to gain on China’s lead. By the end of the decade, the continent is expected to have 28 factories producing lithium-ion cells, with production capacity due to increase by 1440% from 2020 levels, according to Darton Commodities. That growth is being driven by companies such as Britishvolt in Northumberland and Sweden’s Northvolt, as well as Asian firms expanding production into Europe.

However, European investment in mining and the production of battery precursor and cathode materials is not keeping pace, says Andries Gerbens at Darton. “China will eventually become less dominant. Nonetheless, it will remain a big player,” he says.

The US, however, lags behind, despite a $174bn investment “to win the EV market”, announced as part of President Joe Biden’s $2tn infrastructure package in April, although this has since been slimmed down.

Simon Moores, CEO of Benchmark Mineral Intelligence told a US Senate committee in June that China is building the equivalent of one battery megafactory a week compared with one every four months in the US.

He warned: “A new global lithium-ion economy is being created, yet any ambitions for the United States to be a leader … continue to only creep forward and be outstripped by China and Europe.”