The media headlines have been everywhere, but the truth is we know very little. 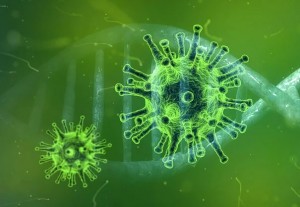 We know Omicron has many mutations. We don’t know what the combined effect of them is. Presumably the particular mutations, and lab tests of antibody binding suggest it may evade vaccine or even natural immunity. However, the in vivo, real effect is only something the patients and doctors might know. And the doctors are giving mixed reports in South Africa. Case numbers are low there, but have increased six-fold from 300 cases to 1,800 in just two weeks. Test numbers are up but test positivity has risen from 1% to 3.7%. So obviously there is a rapidly spreading variant.  Doctors say that they noticed a change in the presentation of cases around 10 days ago. The symptoms were suddenly different, and while Dr Angelique Coetzee, said it appeared to be mild, she was referring to young patients, and is still concerned about older patients. The new symptom list includes headaches, extreme tiredness, body aches and pains, but not a loss of smell, or coughing.

Rudo Mathivha, head of Soweto’s Baragwanath hospital said that young people in their 20s to 30s are coming in with moderate to severe disease, some needing ICU. About 65% are not vaccinated. John Campbell interprets this to suggest that the unvaccinated are at higher risk, but if only a quarter of South African’s are double vaccinated, and the vaccines work, shouldn’t we see even more unvaccinated patients than that? Wouldn’t most of the young people be unvaccinated?

Omicron has already been circulating somewhere for more than a year

Looking at the evolutionary history of these mutations — the last and nearest branch was around May 2020. That means it’s likely that the Omicron variant has been silently spreading in a population that is rarely if ever tested or sequenced. That would explain why so many mutations seem to have “suddenly” appeared. Presumably if it was a variant that was very deadly, it would have come to our attention months ago, even in a remote African Village, surely? Though if it has been circulating in Africa (and we don’t know that) it has probably been affecting a younger population, possibly one that’s fitter or leaner and which gets more sun (and Vitamin D). We don’t know the effect it has on the older, indoor, and more diabetic people of The West, and we don’t know much about the effect on people who are vaccinated, either.

It may be blessing that this variant has evolved in a region that has low vaccination. It might be less deadly. But we don’t know that, yet. It’s possible that even a virus that is milder, but spreads much faster will ultimately cause higher mortality. (Think of SARS-2, compared to SARS-1).

The solution is still antivirals and borders

Given the risk of Antibody Dependent Enhancement in vaccinated people, and the risk it might pose to unvaccinated seniors and the co-morbid, it makes sense to shut borders for a couple of weeks, just to get more information. Though possibly it’s already too late, since the virus has been found in so many places.

Of course, it makes no sense to tell everyone that vaccines are the solution to this variant. Not coincidentally, Big Pharma is suddenly saying they can develop a new vaccine pronto, which is why they were so keen on using the experimental mRNA vaccines in the first place. But we still have no long term data and much better alternatives.

Because Ivermectin has so many mechanisms of action, many that apply to our own molecules (ACE2, TMPRSS2, Ribosomes, Importin) even if ivermectin didn’t bind to the new Omicron spike, it would still be very useful against the virus.

Omicron has probably been circulating for a long time in Africa

In order to collect so many mutations and to have been undetected for so long, it’s likely this branch of the virus was wandering through a population that rarely gets tested. Presumably, they are also rarely vaccinated. This may turn out to be a great thing.

The new Omicron branch is marked in red below.

Omicron has probably been roaming for a year undetected. The last branch, marked with a black arrow dates back to May 2020.

Cases have increased about six-fold in the last two weeks from around 300 to 1,800. Source: OWID

The current wave is tiny compared to the past three waves.

Omicron has rapidly overtaken Delta in South Africa, but this was during a time when cases were very low, so the sample size for the Global Headlines is surprisingly small (which means the trend line is heavily dependent on just a few cases). For perspective, when Delta surged and overtook in May 2021 there was 400-800 samples on the graph in South Africa, but the current total tally on Nextstrain used to generate this “prevalence” graph was only 6 cases. (Mouseover the graph on the source page to see case numbers.) Perhaps there are many more samples that haven’t been reported to the Nextstrain database?

Obviously the trend of “rapid” growth is there, but the number of samples is small.  Source: Nextstrain

Omicron has a lot of mutations

Many of these also occur in other strains and have been studied (top half). But many are new (bottom half). We really have no idea what effect the latter have. It may be nothing, or everything.