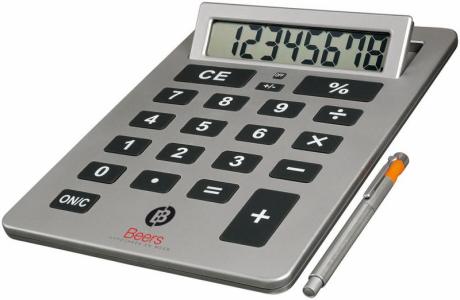 Because every MW of wind power capacity is matched with a MW of reliable coal, gas or nuclear power, the ‘case’ for subsidised wind will never add up

Generating electricity 30% of the time – albeit that wind power outfits can never tell you in advance which 30% of the time that might be – the cost of ‘backing up’ intermittent wind power becomes astronomical. These days reliable generation is referred to euphemistically as ‘firming capacity’ – conjuring up the notion of some kind of Viagra for putting a little stiffness in the grid.

Duplicating a reliable generation system with an unreliable one, not only duplicates the capital cost it also increases the cost of running the former, as coal and gas generators are forced to ramp up and down, according to the weather. All of which results in monumental waste and astronomical costs.

Jay Lehr takes a look at the numerical nonsense of wind power, as he crunches the numbers below.

Nations have spent hundreds of billions of dollars hoping to replace coal and natural gas to no avail. Australians and Germans have suffered from the government’s decisions the most. They now have sky-high energy costs and frequent blackouts. Both are returning to coal with as little fanfare as possible.

Why is this true? The answer is the little-known and less well-understood Ciccone/Lehr electric power Rule of Thumb which states, “All Solar and Wind Power on an Electric Grid Must Be Backed Up With an Equal or Great Amount of Fossil Fuel Power Running on Standby 100% of The Time. Although, I will admit that Germany thinks they can manage with only 80% back up which one has to doubt as we have seen their electric costs triple. [Note to Jay: they manage by importing coal-fired power from Poland and nuclear power from France, whenever the sun sets, and/or calm weather sets in.]

Nonsensical as it may seem, President Biden’s plan for a climate-friendly electric grid depends on the ability to construct thousands of miles of power lines to bring energy from the wind and sun-rich states across the nation to replace all the electricity currently supplied by coal and natural gas.

As the sun sets in New York and the wind calms, California may be able to keep its lights on for a few more hours before all goes dark. Regardless, Biden wants to harness all the nation’s wind without even understanding that the landmass of the contiguous 48 states is not large enough to fit all the wind turbines required.

The cost of wind power can never be competitive with coal and natural gas, and their industry only exists due to huge government subsidies that keep wind and solar companies rich and the public poor.

While we should be opposing all money spent on the wind, the deck has been stacked against us by the wind power lobby. These lobbyists have convinced state legislatures to require electric utilities to obtain some of their power from the wind “supposedly. “This legislation is called Renewable Portfolio Standards (RPS). “Supposedly” is my keyword because, for every kilowatt-hour of wind power, the utility must build additional coal or natural gas power to fully back up the wind capacity they added to their system. So the net gain to the utility is increased cost, not increased energy, which ends up on the monthly bill to its customers.

Let’s look at why this is so. As we know, the wind is consistently inconsistent or better described as intermittent. In a word, it is not reliable. No electric grid can afford to be unreliable. Our three electric grids, East, West, and Texas, all operate at 60 hertz of electric power. A hertz is a single electric cycle of alternating current per second. No grid can vary by more than half a hertz for any period, meaning 60.5 hertz or 59.5 hertz are its limits of variability. Beyond these limits, the system will crash, which means all down the line equipment will shut off or, at times, may actually explode.

This has never happened before. If it did, the cost to society would be in the billions and the loss of life in the thousands. In February 2021, the Texas grid came within 5 minutes of crashing. The grid was only saved by unloading the huge power users from the system. This is why all electric utilities sign agreements with large users giving them the right to pull the plug on them in times of emergency. An emergency is the loss of balance between the electric power generated and the electricity the system is demanding.

Let’s look at why wind is even more intermittent than you could imagine. Every turbine has a range of wind speeds, usually between 30 miles per hour (mph) and 55 mph, in which it will produce its maximum rated electric output. At slower speeds, the production falls off considerably. Physics tells us that when you double wind speed, the power of the wind increases by a factor of 8 (that’s 2 cubed 2x2x2). Conversely, when the wind speed is halved, the wind turbine output power declines 8 fold.

Another poorly understood aspect of wind turbines is their size. Wind output is essentially limited by the land area used to harness it. You can have very large turbines with very long blades in small numbers, which will not interfere with each other. Or you can have smaller turbines in larger numbers and get the same kilowatt-hours of power from the land. It should be obvious that turbines must be spaced at precise distances apart not to interfere with each turbine’s ability to capture the wind. Unfortunately, the country is moving toward bigger and bigger turbines that will make disposal of these giant blades nearly impossible.

To give a sense of scale, to replace the energy from one average natural gas power plant sitting on 4 acres of land would require 2500 acres of large wind turbines. Each turbine has a rated capacity of the number of Megawatts of electricity (commonly 2.5 megawatts) they could produce if they turned 24/7 at the most optimum revolutions per minute. The wind industry projects the annual output of their turbines to be 30 to 40% of capacity. However, experience for the past decade indicates that annual outputs are more commonly between 15 and 30%. For example, when 137 US wind projects self-reported to the US Energy Agency in 2003, their average capacity was 26.9%. 9 years later it rose to 30.4 %. However, 27 European Union countries reported their efficiency in 2007 to be only 13%. The saddest reality is that wind turbines produce no power 70% of the time.

When the industry describes its total capacity, it adds up the plated capacity number of all existing turbines. This is really ridiculous. Having now burdened you with a variety of numbers relating to our 60,000 wind turbines across America. But keep in mind as we debate how much a wind turbine can produce, my purpose for this 3 part tutorial is to convince all readers that all wind turbines add up to no contribution whatever to America’s electricity for its cost. This is a hard sell to make as it seems unreasonable to the average person. But it is no different than blaming humans for the planet’s temperature while ignoring nature.
CFACT