Some alarmist climate “experts” have warned that the ski seasons in the Alps would be at risk due to climate warming.

But just days ago Austrian ski industry researcher Günther Aigner presented a video: “The Start Of Snow Cover in Kitzbühel” which has a couple of surprises.

In it Aigner presents some findings that will disappoint those want us to believe all the media panic of global warming and disappearing winters.

First he starts by noting that the start of continuous snow cover at the Kitzbühel ski resort.

The average date, says Aigner, citing the Austrian Weather Service, is December 14th. But this year continuous snow cover came 17 days earlier! The earliest start ever occurred in 2007, and the latest was in 1988. Here’s the overall data: 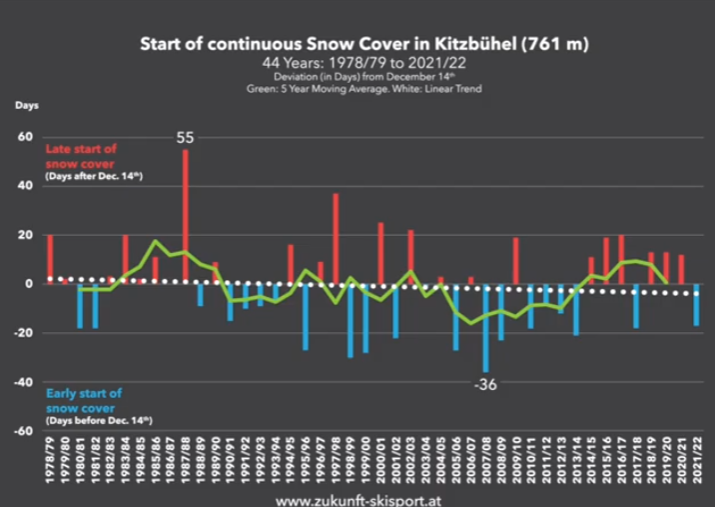 All in all, continuous winter snow cover at Kitzbühel has been arriving a bit earlier over the past 4 decades (dotted linear trend line), though not statistically significant. Still, it contradicts what we would expect from a “rapidly warming” climate.

Aigner concludes: “There’s no evidence that winter in Kitzbühel begins later compared to 40 years ago.”