The oceans were supposed to be swallowing up the islands

Climate change has unleashed rampant growth in mangrove forests. The trees are capturing coral detritus in large sand drifts, and locking it into whole new ecosystems that expand 5 to 6 meters a year. It’s just remarkable — some islands have grown by several kilometers since 1928.

The Howick Group of islands is north of Cairns Australia. Three scientific expeditions mapped out them out in 1928 and in 1974, and again in 2021, and lo, they have grown, especially in the last four decades. That makes them like most of the 709 islands of the Pacific and Indian oceans that were studied a few years ago. Satellites showed that 89% of those islands had grown.

It turns out warmer more carbon rich world makes mangroves happy. Who could have seen that coming, apart from every biologist on Earth?

From the commentary in the video below:

“We’ve seen some really dramatic changes. Some of the things that we’ve seen are advancing fronts of forests. Forests that were mapped to small patches on the windward part of the reef flat are now occupying a much larger section of the reef patch. We’ve seen forests expanding by as much as 5 or 6m a year. That equates to several kilometers of extension.” 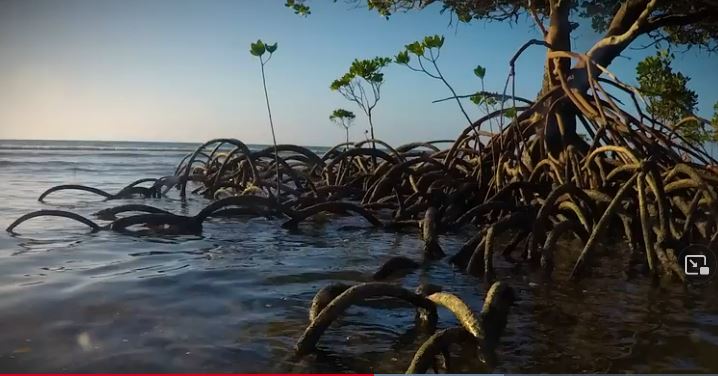 The Sydney Morning Herald even managed to let their readers know. We can appreciate their struggle with the headline:

Apparently, the news is not that tropical islands are loving climate change and growing which the models didn’t predict, what matters is that mangroves are “magical” carbon sinks, because the world revolves around your carbon footprint. “Blue Carbon” means carbon dioxide trapped by a mangrove that ends up being sequestered underwater.

“What’s particularly interesting for a lot of the islands in the Howick group that we are mapping and investigating is that they are growing,” Associate Professor Hamylton says.

“Most of the islands we have looked at are predominantly made up of broken up corals, which waves then sweep and deposit on the island. This coral sediment is responsible for building up the islands. Add in mangrove forests and you can see that these islands are actually growing.”

Associate Professor Hamylton says the group was able to compare aerial images taken by a drone with hand-drawn maps created in 1928 and photographs from 1974.

But golly… perfectly good reef sand and ocean is being captured by those invasive mangroves and no one seems to care? Quick, someone cover the islands with solar panels, yeah? 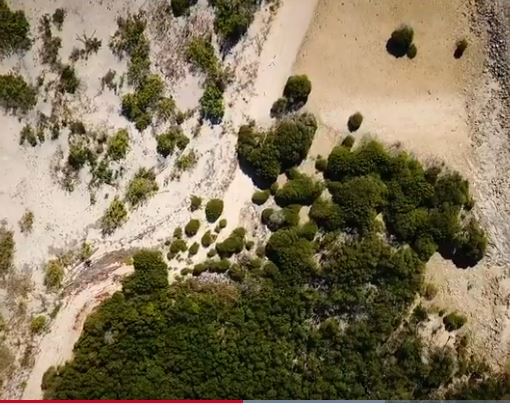 Mangroves are rapidly taking over the bare reef sand.

At this rate, the Arafura sea may disappear in the next two thousand years, forming a land bridge between Papua New Guinea and Australia for the first time since the end of the last ice age.

The Mangroves Strike Back