Dr John Constable in the Sun:

OUR energy policy has been an incoherent mess since the early 2000s when Tony Blair forced the UK off the carefully engineered and economical gas-to- nuclear strategy that was then under way.

Instead, Blair put all our bets on so-called renewables, wind and solar power. 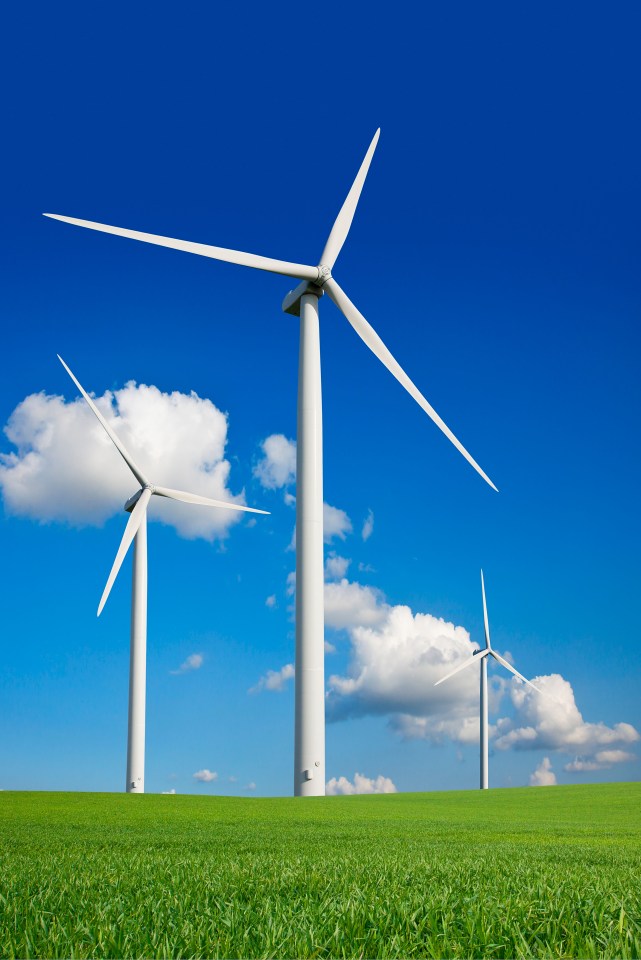 Low wind power in 2021 is one of the main causes of the current energy crisisCredit: Alamy

Nuclear was damned with faint praise, while coal was progressively driven off the system.

This has left the UK increasingly dependent on the weather for our electricity — not ideal in a country with our unreliable climate.

So there has to be back-up from natural gas-fired power stations, the only generators flexible enough to work with uncontrollable wind and solar.

Gas is a very good fuel, but because of the Blair renewables policy we have certainly become overexposed to it.

So it’s no exaggeration to say that today our energy security hangs by a single thread.

In fact, low wind power in 2021, with UK onshore wind output down nearly 20 per cent compared to 2020, was one of the main causes of the current energy crisis.

Europe is also overcommitted to wind and their output was also down, so they wanted the natural gas too.

Most read in Opinion

Critics of Mr Blair’s policies said at the time that renewables would make the UK ­vulnerable to high gas prices, and they have been proved right.

So the only question that matters, after yesterday’s publication of the Government’s energy security strategy, is: Has Boris cleared up Tony’s mess?

With the best will in the world, the answer is a resounding NO.
In fact, he’s actually making it worse.

First, there’s precious little in the strategy to help ­consumers with rocketing bills in the short term.

And second, there are simply gigantic costs in the medium term, and in spite of those costs our security of supply looks as uncertain as ever.

Yes, there are positive aspects, but every silver lining in the strategy seems to have a particularly dark cloud wrapped around it.

The plans to get more oil and gas out of the North Sea are completely rational and could help to protect consumers as well as enhancing ­security of supply.

But why has the Government done so little to lift the over-cautious moratorium on fracking shale gas?

Shale has huge potential for the UK and it is simply irresponsible to leave it unexplored.

And then there’s Boris’s plan for a nuclear programme delivering 25 per cent of electricity consumption by 2050.

Broadly speaking, this could be a good idea.

“The Government press release is followed by pages of fulsome quotes from energy businesses ­supporting the plans.

That should set alarm bells ringing. When the energy ­sector starts salivating, the ­consumer is on the menu.”

These technologies do not work well together, physically or economically.

The Government plans are just incoherent at worst. And then there is the cost and timescale of wind.

Even with modern high- capacity wind turbines, the plans mean the installation of several thousand super-sized machines, and all in a little under a decade.

This will require an express service that will send costs off the scale.

The Government is still parroting industry propaganda about falling wind prices, but no one who understands the wind farm companies, or who has looked at their financial accounts, believes costs are coming down significantly.

In fact, it seems that costs are actually rising as they move into deeper water and more difficult conditions, which is not surprising.

Regrettably, Mr Johnson’s strategy, like Tony Blair’s before it, is a confused muddle of overly ambitious targets that only suit industry lobbyists looking for subsidies.

And those lobbyists are already excited.

The Government press release is followed by pages of fulsome quotes from energy businesses ­supporting the plans.

That should set alarm bells ringing. When the energy ­sector starts salivating, the ­consumer is on the menu.

Mr Johnson’s plan may be good for the energy companies but it will be bad for British households and businesses.

It will also be damaging to the economy as a whole.

Delivering these extreme and muddled policies will cost, even at a conservative estimate, ­capital expenditure of several hundred billion pounds in a matter of a few decades.

Some analysts say between £500billion and £800billion, more than half of the UK’s net investment budget for the next 15 years or so, putting a squeeze on many other areas of expenditure and wiping out real income growth in the UK for more than a decade.

Looking on the bright side, very little of this energy plan will ever be realised.

In spite of a few positive aspects, it is uninvestable, unaffordable and impractical.

Far from clearing up Tony’s mess, Boris and his Government appear to have learned nothing from the failure of the New Labour energy policies.
Disappointing?

This late in the day and in the midst of the worst energy crisis in a generation, I fear it’s going to prove a disaster for the UK.