It’s a shock. More than half the states in the US are considering legislation to allow doctors and sometimes even nurses and pharmacists too, to prescribe early treatment drugs “off label”.

Let’s not forget that doctors were able to do that for decades and it’s largely the medical boards who have become the defacto Praetorian Guards of Big-Pharma —  taking away the rights of doctors via threats to destroy their career if they step out of line.

Many of the proposed bills simply aim to stop medical boards from evicting doctors who use drugs like ivermectin and hydroxychloroquine. North Dakota, Kansas, Oklahoma, and Tennessee appear to have largely succeeded. The rest are working on it. In Tennessee, people may even be able to buy a drug that’s been given to a billion other humans, right over-the-counter. Golly, that’s almost as free as El Salvador?!

Meanwhile people in America are providing the drug “off-label” and “off-prescription” anyway, sneaking it into hospitals and handing it out at churches. It would be better for everyone if they could ask their doctors. But this response from state legislators in the US seems remarkable to this Australian — almost like Democracy still has a chance.

The new laws “Prohibit the Boards of Medicine, Nursing and Pharmacy from disciplining a licensee solely on their dispensing of ivermectin for off-label treatments such as Covid-19.”   The main aim apparently was to stop some doctors and pharmacists from using the excuse that the medical boards will punish them if they prescribe or supply ivermectin. But presumably some professionals were genuinely afraid of being punished.

In Kansas the legislation was approved on March 23:

Senator Mark Steffen championed the bill and also happens to be an anesthesiologist who has prescribed ivermectin. 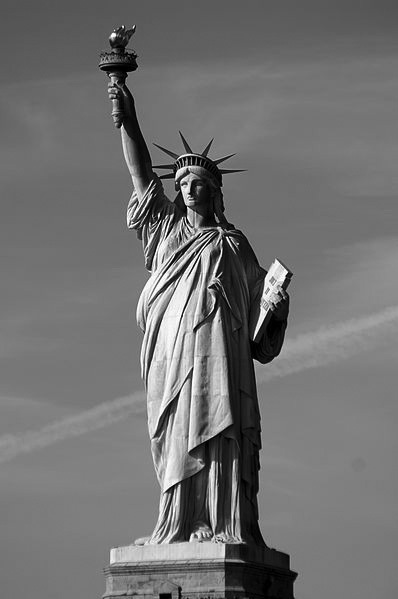 “Thousands of Kansans and hundreds of thousands of Americans have died because of this propaganda that shut down early treatment,” said Sen. Mark Steffen, R-Hutchinson. “I fully believe that this passage of this bill through the Senate will gain national attention and help be a very important part of getting the care to the people who need it.”

The bill would allow doctors to prescribe ivermectin, hydroxychloroquine and any other FDA-approved drug that isn’t a controlled substance for an off-label use to prevent or treat COVID-19.

“Studies overwhelmingly show that ivermectin has up to an 85% chance of reducing hospitalizations and death when given early for COVID,” he said in caucus. “This is about decreasing suffering and death of the individual patient.”

“To a large degree, [ivermectin’s] been driven underground,” he said. “In my Reno County area, I have an 80-year-old Mennonite pastor and his wife, who is a retired nurse, they’re doling it out behind the scenes to all their church members. I have other people who have gone to the veterinary for ivermectin and dole that out to their friends. They know what they’re doing and they do a great job with it.”

Senator Steffen went on to write to 250 hospitals in Kansas to point out that they may face legal action if they don’t pay attention to early treatment:

In consultation with the legal community, indications are that “failure to treat” will now be considered “wanton disregard”.

Some precious doctors immediately complained that they were being threatened. Nevermind about all the other doctors who were told they’d be struck off if they dared suggest an early treatment that had already worked in 157 studies on 129,000 patients.

Oklahoma Attorney General John O’Connor says his office does not plan to discipline doctors for prescribing certain medications, including ivermectin and hydroxychloroquine, to treat covid.

O’Connor said in a news release that his office finds no legal basis for a state medical licensure board to discipline a licensed physician for prescribing a drug for the off-label purpose of treating a patient with COVID-19.

The Oklahoma attorney general said he stands behind doctors who believe ivermectin is in their patients’ best interest.

“I stand behind doctors who believe it is in their patients’ best interests to receive ivermectin and hydroxychloroquine,” O’Connor said in a statement. “Our health care professionals should have every tool available to combat COVID-19. Public safety demands this. Physicians who prescribe medications and follow the law should not fear disciplinary action for prescribing such drugs.”

In Tennessee soon even Pharmacists will be able to prescribe ivermectin while being protected from liability:

The bill HB2746/SB2188 has just passed the Senate and is headed for the Governors desk. The original bill aimed to make ivermectin available over the counter, like aspirin. But the amended bill requires a bit of paperwork of some sort: “a non-patient-specific prescriptive order, developed and executed by one or more authorized prescribers.” But some still argue that it is effectively now an Over-the-Counter (OTC) medicine in Tennessee now. 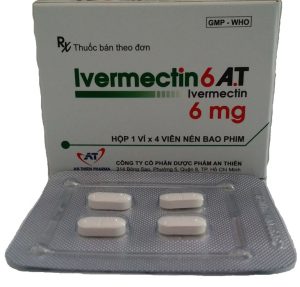 The Tennessee Medical Board put up a warning on their website last year that doctors risked their medical licenses if they spread misinformation about the COVID-19 vaccine. Incredibly, that sparked a debate about free speech (hallelujah.) It all looks so sensible.

“I had several doctors contact me last summer and into the fall about what they were seeing and hearing from the Board of Medical Examiners, that would potentially punish them for prescribing treatment for COVID that they felt was in the best interest of their patients,” Tennessee Republican state Rep. Chris Todd told Stateline. “That hit me, because they have a perfectly valid license and have practiced for years, and there’s no reason to issue a statement carte blanche.”

The medical boards were intimidating doctors. A bit like saying “Nice Practice you have there…”

Tennessee lawmakers say doctors complained to them about receiving emailed warnings. At its meeting in September, the board discussed sending a warning to all physicians in the state. But Bill Christian, spokesperson for the Tennessee Health Department, which oversees the medical board, said in an email that if doctors received any emails, they came from professional organizations, not the board.

In any case, the board in December deleted the warning from its website, although Christian said that the policy behind it remains in effect.

South Dakota, on the other hand, tried to pass legislation approving the drug for use which passed the House in Feb, but was killed by a Senate committee with seven members in March. So much for “democracy”. Who picked the committee members?

The reach of medical boards in the US is nothing like the monopoly we have here in Australia with AHPRA:

There is legal pushback against the overreach of the boards, and only 8 doctors have been penalized. The situation in Australia is far more oppressive:

Politico reported Feb. 1 that medical boards have penalized eight physicians in one year for furthering COVID-19, vaccine and therapeutic misinformation.

The ABC fact-checked Clive Palmer, and brag that he’s wrong —  it’s not 100 or 200 doctors that have been struck off but some number less than 61 which they won’t tell us.

Fact checkers at AAP examined that claim and found that since July 2019, 61 medical practitioners had been disqualified by the Australian Health Practitioner Regulation Agency (AHPRA) for any reason — not just related to COVID-19 vaccination.

Naturally, other doctors have struck themselves off, seeing what was coming. And so have young candidates for medical school. How demoralizing for the whole profession to find they are nothing but robots performing for an unaudited committee.

Eight doctors struck off in the US is still eight doctors too many. But Australia has about 8% of the population of the US, so it’s “far ahead” in Communist Medicine. Damn.

The best resource to keep up with the legislation in so many US states is the Federation of State Medical Boards.

Photo: The Statue of Liberty by Dominique James