Is the third La Niña on the way?

It was supposed to be a groundbreaking forecast, the early prediction of the weather phenomena El Niño and La Niña. Both affect the weather in very different ways.

It would have been so nice to know a year in advance what conditions would prevail at a later date. On November 4, 2019, the Potsdam Institute for Climate Impact Research published what was held as groundbreaking news. Thanks to its new algorithms and a lot of computing power, it was now possible to predict an El Niño or a La Niña a long time in advance. The hit rate was supposed to be 80%.

Unfortunately, one year later exactly the opposite of what was predicted in fact happened, the German Klimaschau reported. Science is settled? Well, maybe not.

Since then, things have been quiet about these PIK long-term forecasts. The US agency NOAA is much more cautious, both in terms of the long term and the probability of occurrence. Perhaps they don’t have as good algorithms and the computing power that Potsdam has? In any case on Twitter, US meteorologist Ryan Maue sees a good chance that a third will follow the two recent consecutive La Niñas.

The last time this happened was 22 years ago at the turn of the millennium. 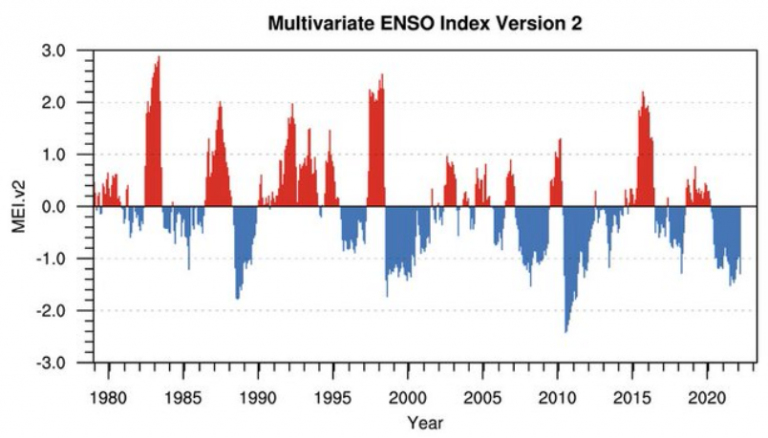