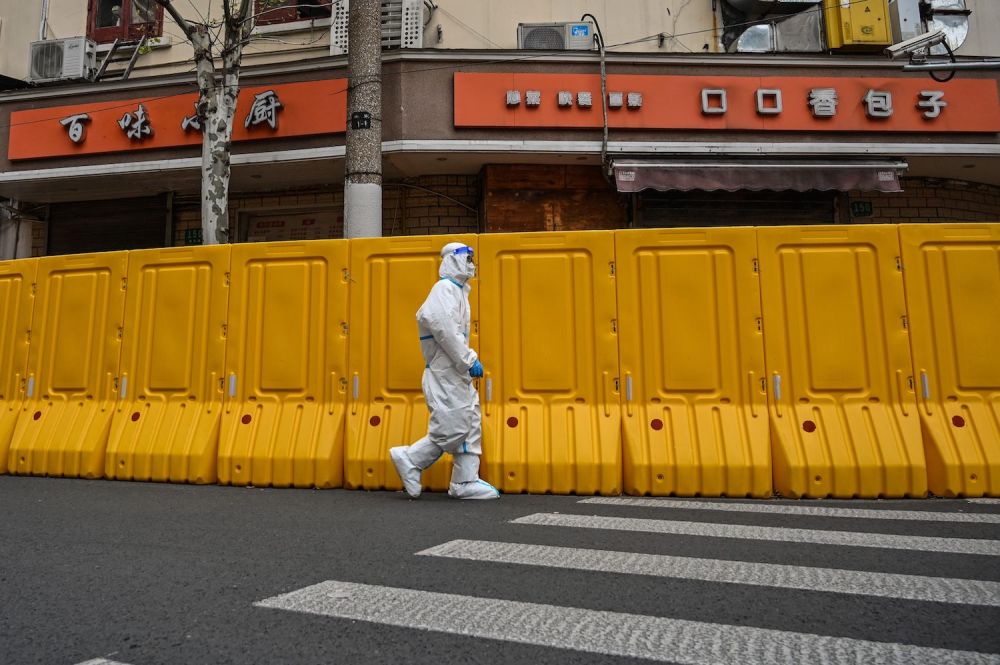 Todd Jaquith reports at BizPac Review Fauci touts China’s COVID protocol when confronted on Shanghai lockdown: ‘Better than almost anybody else’.  Excerpts in italics with my bolds.

The horrific events in Shanghai continue to shock the world with images of a beleaguered population entirely at the mercy of a soulless bureaucratic regime.

But the medical bureaucrats closer to home refuse to draw the unavoidable conclusions from that terrible example, while continuing to suggest that lockdowns remain a vital tool in the federal government’s bag of tricks. As a case in point, Dr. Anthony Fauci recently spoke with MSNBC’s Andrea Mitchell to discuss the latest developments involving the COVID-19 pandemic.

When asked by Mitchell about the situation in Shanghai, Fauci waffled, refusing to condemn the lockdowns and even seeming to repeat the discredited canard that China’s draconian lockdowns had somehow enabled them to handle the pandemic “better than almost anybody else.” 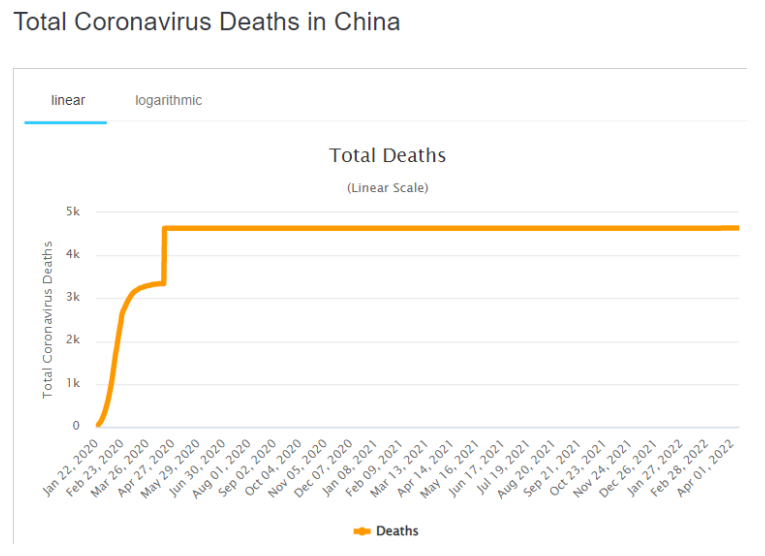 “How concerning is the outbreak in China?” Mitchell asked. “We see the lockdown in Shanghai and the State Department now ordering families out, all non-essential workers out of Shanghai.”

“Well, China has a number of problems,” Fauci replied, “two of which are that their complete lockdown, which was their approach, the strictest lockdown that you’d never be able to implement in the United States, although that prevents the spread of infection, and remember early on they were saying—and, I think, accurately—that they were doing better than almost anybody else. But lockdown has its consequences. You use lockdowns to get people vaccinated, so that when you open up, you won’t have a surge of infections, because you’re dealing with an immunologically naive population to the virus.”

That lockdowns were meant to be used to get people vaccinated must come as a surprise to most of us, given that lockdowns were implemented for nearly a year before a vaccine even existed, and were originally sold as a means to “slow the spread.” Regardless, although observing that lockdowns do indeed have “consequences,” Fauci would not condemn the practice, and even seemed to lament that China’s draconian quarantine practices could not be implemented here at home. He also refused to comment on the moral odiousness and human toll of such measures.

Meanwhile, the situation in Shanghai, a city of 25 million that has been forced into strict lockdown since mid-March, is reaching a boiling point. The terrified, starving population has displayed a rare spirit, taking to the streets by the thousands to protest the government quarantines and the lack of food.

#Shanghai‘s Pudong New Area, massive number of starving civilians broke through the barriers & took to the streets to protest for their civil rights they didn’t know existed. A scene closely resembled the 2 millions+ protests in HK 2019-20 Democracy Movements. pic.twitter.com/TOY8jEAu9v

In something that seems lifted straight from a dystopian science fiction film, like 1984 or Blade Runner, videos on social media show how drones patrol the skies, imploring the people to stay inside and “control [their] soul’s desire for freedom,” and people are reportedly even fined directly from their CBDC digital yuan accounts (a kind of state-controlled cryptocurrency) if they venture onto their balconies without a mask. Meanwhile, “dog robots” patrol the streets, barking orders at civilians to stay inside as seen in posted videos.

China: 25m people in lockdown in Shanghai. Policed by drones that have facial recognition and give orders.
People who go out on their balconies without masks are fined directly from their CBDC accounts.
People screaming from their windows#China #coronavirus #chinalockdown pic.twitter.com/1YnsnaGj2f

Lockdown in Shanghai: dog robots announce that nobody is allowed to leave the house. Drones fly around, come right up to you when they spot you outside and tell you to go back inside.pic.twitter.com/rLCVzHM8zP

Shanghai has been reporting north of 20,000 new COVID cases a day, and the situation has strained the local authorities’ ability to find space for quarantine centers. Worse, reports indicate that people are required to wait for the delivery of water and food supplies, which is overwhelming the food distribution and delivery networks as supplies run low. Anger is widespread, and people have taken to the streets against the strict orders of the ruling Communist Party to demand redress of their myriad wrongs—prompting Shanghai to promise to ease restrictions.

In what are perhaps the most disturbing images from Shanghai, what seem to be police forces in hazmat suits can be seen assaulting and arresting angry civilians on the streets.

#Shanghai Angry local residents took to the streets to protest against communist regime over the use of their schools as quarantine concentration camps. Massive protesters arrested. Crowds were screaming in agony, people shouted "why captured the elderly, let them go".

As the apocryphal Chinese curse says: “May you live in interesting times.” The people of Shanghai are learning this the hard way. We can only hope that those American admirers of the CCP’s “Zero COVID” policy are unable to enforce the same tactics here in the United States.

Footnote:  Remember that the Truckers demand was to end the “covid emergency.”  This kind of tyranny is still possible when a new “emergency” can be declared at any time without legal recourse.