Once upon a time there was a Pause:

Indeed the Met Office went to great lengths to explain it away in a paper published in 2013.

The Executive Summary alone mentions the word “pause” eleven times, but the key paragraph is this:

And the pause was crystal clear in the Met Office’s own global temperature dataset, Hadcrut3: 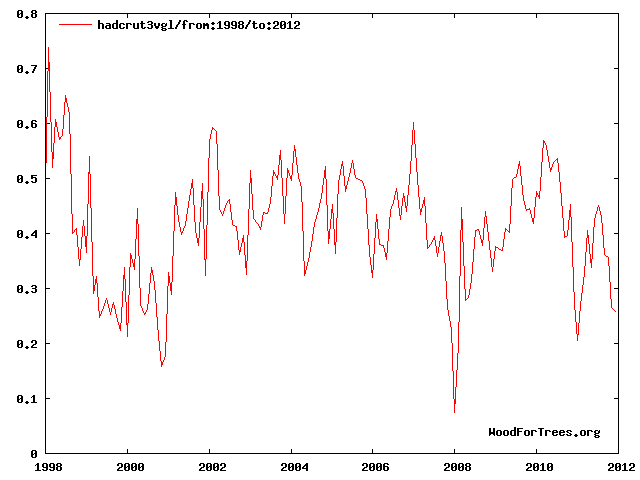 The Pause was a considerable embarrassment to global warming alarmists, because it called into question the assumption that increasing GHGs automatically raise temperatures. At the very least, the Pause suggested that natural factors were more powerful than any GHG effect.

And, of course, this was not the first Pause. Between 1940 and 1980, global temperatures were also stable: 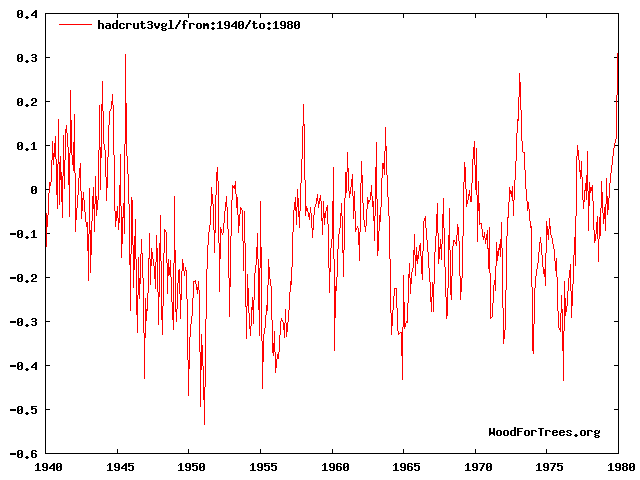 This of course would not do! So the Met Office tampered with its own data, to produce a new dataset, Hadcrut4, which conveniently eliminated the Pause. Hadcrut4 was wheeled out in 2012.

The new dataset changed a a slightly negative trend into about 0.1C of warming between 1998 and 2012: 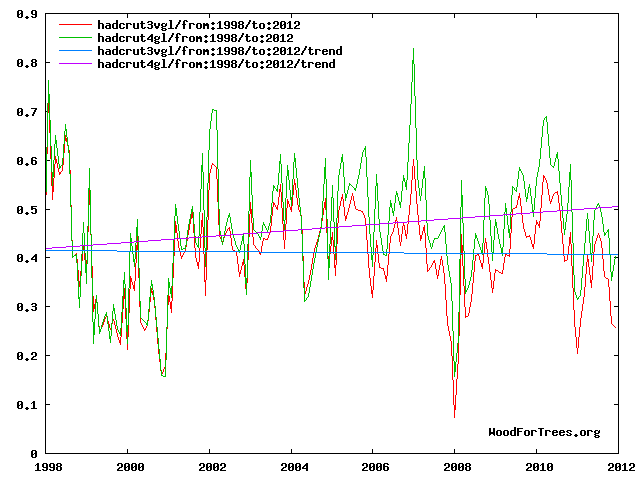 Still though, global temperatures even under the new dataset were rising much more slowly than the models had projected. More tampering was called for, so Hadcrut5 was wheeled out in December 2020.

Surprise, surprise, the rate of warming had increased!

The new dataset was found to have added a full 0.1C of warming between 1998 and 2021, compared to Hadcrut4. Added to the 0.1C added from Hadcrut3 to Hadcrut4, this meant 0.2C of warming artificially introduced. Without these adjustments, global temperatures would be no higher now than in 1998.

Which is precisely what the satellite data shows: