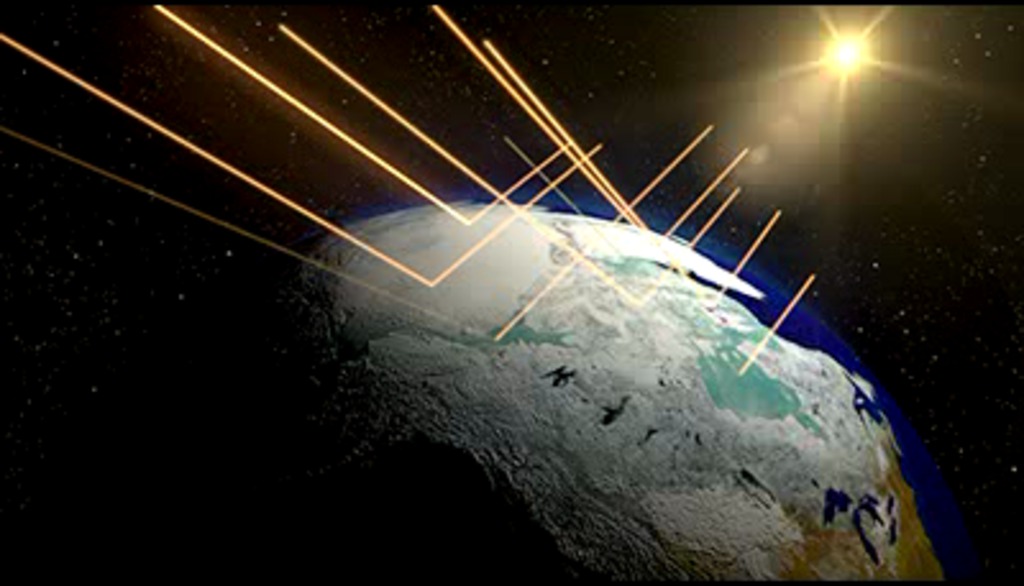 It gets curiouser. Despite the NH and SH having an overall symmetry its clear-sky and overcast components are highly asymmetric! The greater clear-sky reflection of the NH is countered by more abundant and brighter clouds in the SH. How does the Earth pull off this balancing trick, and what does it mean for climate studies?

Some have suggested that the reason is due to the land being brighter than the oceans and there is some observational evidence to support this view, namely that the NH is brighter in the near-IR reflections from land and vegetation. If this is the case then due to the slow motion of continental drift the NH should stay like this for millions of years.

Recent research suggests this is not the whole picture. There are more sunlight-reflecting aerosols in the NH and their amount has increased with industrialisation. In a new study scientists from the University of Colorado also point out that the traditional explanation for the asymmetry does not include any influence from the cryosphere.

They conclude that far from being stable over geological timescales the clear-sky asymmetry might be more changeable and would need to be a factor included in climate models as a changing clear-sky ratio would have unknown effects on global climate. If no one knows how the Earth maintains this curious balance then no one knows what will happen if it changes.

The researchers speculate that one of the Earth’s adjustment strategies cold involve changes in the Intertropical Convergence Zone which would affect precipitation globally. There could also be changes in large- scale ocean circulation that will affect heat uptake in the southern oceans which is an important component of global warming. They conclude by stating that finding out the cause of this hitherto little appreciated global balancing act and its implications under various emissions scenarios should be a priority.