So Ari Melber (the host) knew what the Twitter team were doing, but he’s only concerned now?

Half of twitter is alive today with people returning to it, while the other half are apoplectic because a billionaire just bought a media outlet.

Elon Musk Is Evil! She says, in a video posted to an app controlled by the CCP, on a phone made by slave labor, repeating propaganda from a newspaper owned by Jeff Bezos.

But the EU and UK have both already warned Elon Musk that Twitter must comply with The Digital Services Act:

“Whether on online harassment, the sale of counterfeit products… child pornography, or calls for acts of terrorism… Twitter will have to adapt to our European regulations which do not exist in the United States,” EU commissioner Thierry Breton told AFP.

Interestingly one of the big fans of Elon Musk is Jack Dorsey, co-founder of Twitter:
@jack

The idea and service is all that matters to me, and I will do whatever it takes to protect both. Twitter as a company has always been my sole issue and my biggest regret. It has been owned by Wall Street and the ad model. Taking it back from Wall Street is the correct first step.

In principle, I don’t believe anyone should own or run Twitter. It wants to be a public good at a protocol level, not a company. Solving for the problem of it being a company however, Elon is the singular solution I trust. I trust his mission to extend the light of consciousness.

Jack Dorsey will get paid a cool billion from the deal, but his mention of “Wall Street” suggests he himself was under the thumb of the Monster asset shareholders.

Hillel Neuer reminds us of the cultural task ahead for the new management:

He tweets:
I fear Elon Musk could undermine the ideological diversity, equity and inclusion at Twitter which currently maintains a careful balance of 98.7% for one side. 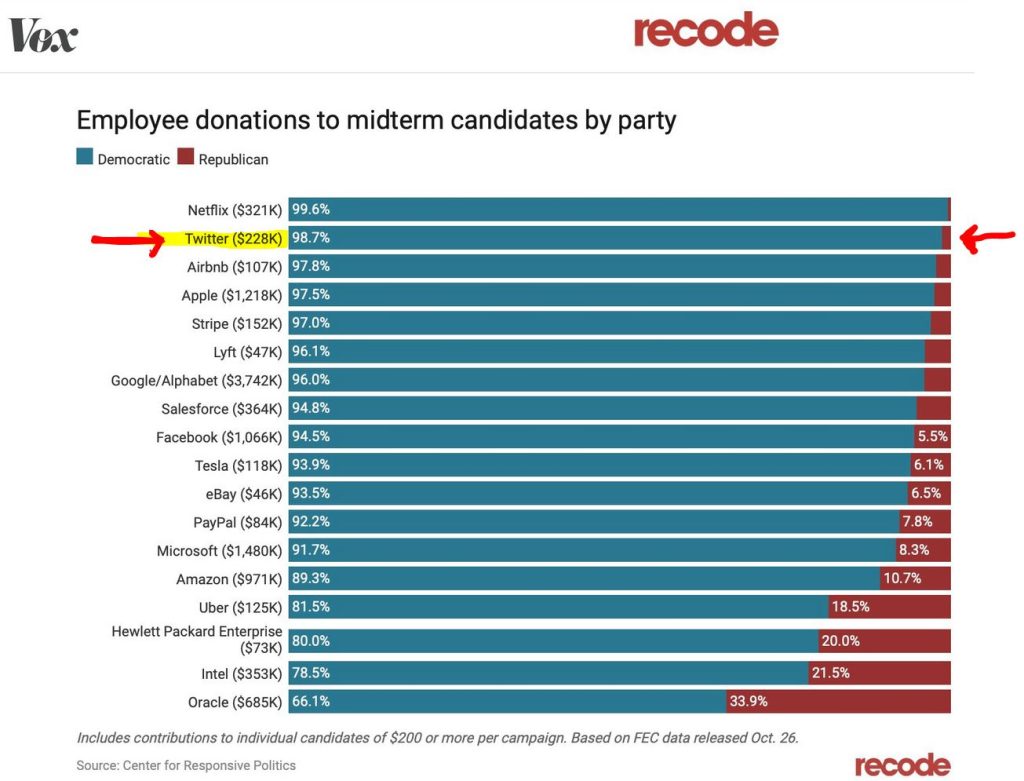 It’s even more politically purist than Facebook, Google and Apple.