Sure, China profits from the great wind and solar scam, but it comes with a toxic legacy caused its rare earth processors that make it all possible.

Every wind turbine, every all-EV and every solar panel critically depends upon a myriad of so-called ‘rare earths’.

The minerals in question have become ‘rare’, of late, as a consequence of the Western world’s insatiable appetite for ‘feelgood’ electricity generated by sunshine and breezes, occasionally stored in giant lithium batteries, as well as the thirst among the truly virtuous for the ultimate exhibition of moral posturing: the all-electric vehicle.

As the demand for rare earth minerals continues to grow, principally driven by subsidised wind and solar and all-EVs, so too does the mountain of toxic filth left behind during mining and, particularly, processing.

Much of the processing occurs in upcountry China; a veritable earth away from the places where homes glisten with solar panels glisten and their owner’s Teslas roam endless highways without a care in the world (except the rapidly falling battery charge level and where the next quick recharge station might be). These are first-world problems, but they’re still problems, right?

Meanwhile, in China, the toxic filth accumulates, as Tom Cheshire details below.

There is an open wound in Baotou. This city in Inner Mongolia, northern China, is home to more than two million people.

A lake lies on the west of the city, one filled with a black grey sludge of toxic and radioactive material.

This is a tailings pond, a quaint name for what is really a dumping ground. Baotou is the global capital for rare earth elements – metals that are vital to modern technology and especially renewable energy. 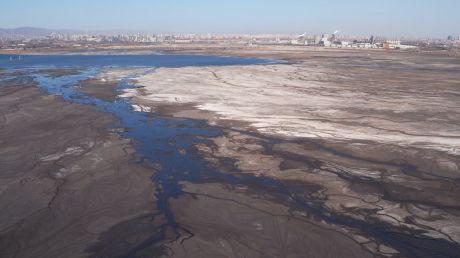 This pond is clean energy’s dirty secret. It is the by-product of rare earth processing. It is open to the air but worse it is seeping into the ground below, poisoning the water.

The Chinese authorities are aware of the problem. That’s why they’re following us: at least eight cars always on our tail for three days. They question anyone we speak to and eventually prevent us from speaking to them altogether, citing COVID-19 regulations. 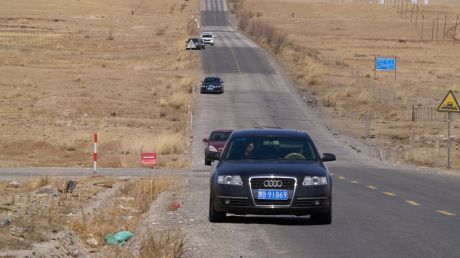 Several cars were always on our tail for three days

But the locals still want to speak, mainly because they are unhappy that government promises to clean the mess up have not been kept.

In the villages surrounding the pond, a woman sitting on a sofa on the side of the street tells us “the water is bad – bad.”

“We asked them to give us something to filter it but they didn’t,” she says before the officials cut her off.

Along the same road, a farmer who has just finished watering his field says: “Our water is not very good. It doesn’t meet the standard of drinking water for humans or animals.”

He says that in another village not far away, people got sick.

“It’s called Dalahai village. The village was polluted – 30 to 40% of the villagers got cancer,” he says.

“After they found the pollution, the government moved all villagers to somewhere else. They banned local villagers from farming on the land.”

“Actually, we have also been seriously polluted,” he adds, saying that they now have to rely on wells more than 200 metres deep to avoid the worst of the pollution.

The village was moved about five miles away – a relatively newly built residential compound. Fields farmed for generations swapped for high rises.

An old man in a small park inside describes old Dalahai.

“It’s unsuitable for living anymore,” he says. “It’s polluted by the tailings pond of Baotou Steel company. People got sick. So many.”

But he would still rather be back home.

“Generally, I think, the life here is not as good as before in the village,” he says. “We don’t get used to the current lives in buildings. We preferred to live in the village.

“The water is still not good.” 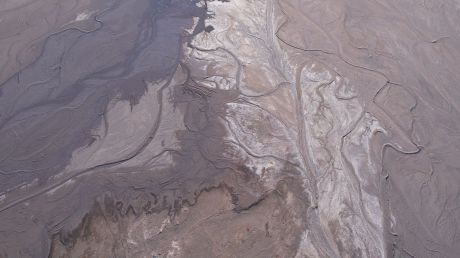 For years, Baotou has been a boom town. Deng Xiaoping, China’s leader after Chairman Mao, said: “The Middle East has oil, China has rare earths.” And Baotou was at the very centre of that.

“The policy priority up to the end of the first decade of the 21st century was really around production first, development first and clean up later,” says Julie Klinger, an assistant professor of geography at the University of Delaware and the author of Rare Earth Frontiers.

“There are much wider scale impacts in the region that results from several decades of large-scale industrial extraction and processing. And these are mainly soil pollution, water pollution and detrimental effects not just for people, but also for livestock, animals, vegetation, fishery resources and what have you.

“So much so that public health researchers in China have identified a series of specific forms of cancer that are associated with exposure to contaminants from the rare earth and iron mining industry.”

Prof Klinger says that as well as cancers in people, livestock also became sick with skeletal fluorosis. “The teeth continue to grow and they become very brittle so that they can no longer eat and they eventually starve to death.”

This is not entirely China’s fault. Western countries were happy to outsource the dirty, dangerous work or rare earth mining and processing to China, where the environmental regulations were more lax, rather than dig in their own backyard.

Since 2009, China has changed tack, putting more emphasis on cleaning up the pollution, and focusing on the “high quality” development.

The villagers’ testimony shows that problem is some way from being solved, despite those efforts. Neither the local government nor Baogang, the state-owned company that runs the tailings pond, responded to multiple requests for comment.

Water is still leaching from the tailings pond towards the nearby Yellow River – China’s “mother river”, its basin home to 160 million people. Agriculture there depends on that water not facing the same contamination that doomed Dalahai village.

Second, rare earths are vital to the transition towards green energy. The necessity to make that transition should not come at the cost of laying waste to the environment and to people’s lives.

Countries should “make sure that the urgency of needing to acquire these raw materials in order to build our way out of fossil fuel dependence isn’t used as a mechanism to undermine democratic decisions and collaborative design,” Prof Klinger says.

“It’s not that we don’t have the technology or the know-how to mine and process rare earths in a more socially and environmentally responsible manner.

“It’s that we have created market conditions that fundamentally disincentivize any of that sort of activity because price, the lowest possible price, remains the determining factor for whether an industry sinks or swims.”

Otherwise, this new industrial revolution risks repeating the mistakes of the old one.
Sky News