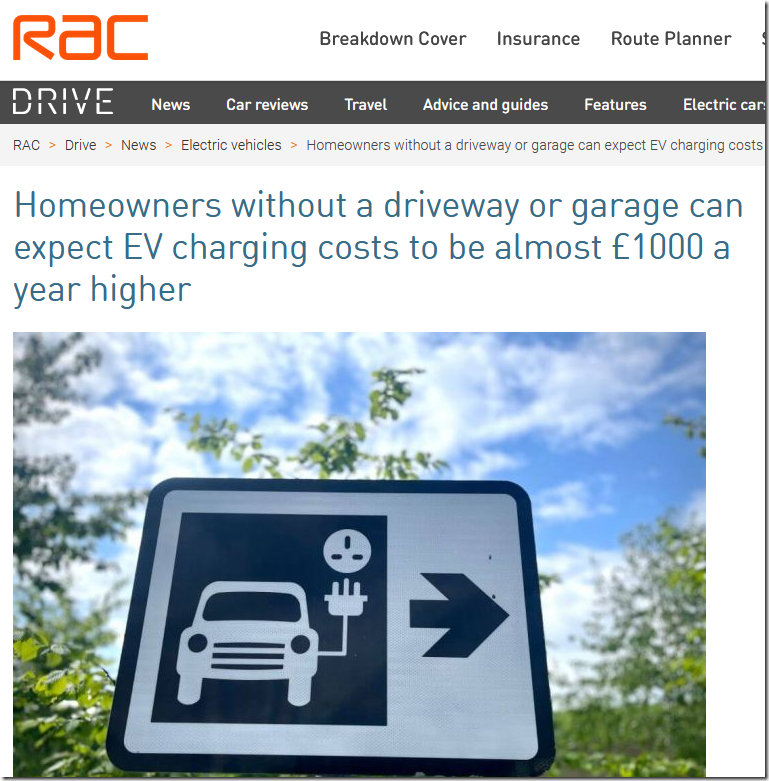 Drivers face paying nearly £1,000 more a year to charge an electric car (EV) on the public network compared to doing so at home, according to a new study.

The study, by electric car website Electrifying.com, found that UK motorists who are reliant on public infrastructure to charge their vehicles will be paying around £91.75 a month, compared to those who have off-street parking who pay around £13.75 over the same time period.

This means that the average UK EV driver would pay around £78 a month more than those who have access to a charger at home – a total of £936 extra a year – and highlights some of the cost challenges facing those who rely on charging at public charge points.

Drivers with access to their own charge point at home can also take advantage of cheaper overnight tariffs, saving themselves money on every charge.

More importantly though is the fact that these EV owners, who will typically be less well off, will end up paying more for their electricity than they do now for petrol, when fuel duties are excluded. A typical driver probably spends about £800 a year currently, excluding fuel duties which all EV drivers will have to pay in one form or another in the future.

Meanwhile the cretins at the RAC still think EVs are a good idea!