There has naturally been an attempt to blame the Texas power shortages on an “unusual heatwave”:

Fox is predicting temperatures to peak on Monday, at 101F in San Antonio and 96F in Houston: 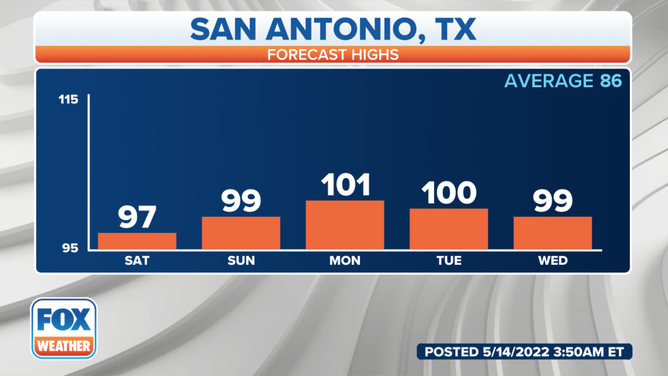 Neither of these temperatures are unusually high for May.

Across  in Houston, it is a similar story, with a record of 99F set way back in 1999. There have been thirteen years when May temperatures hit 95F and higher since just 1970:

Houston, we have a problem! But it is not global warming!