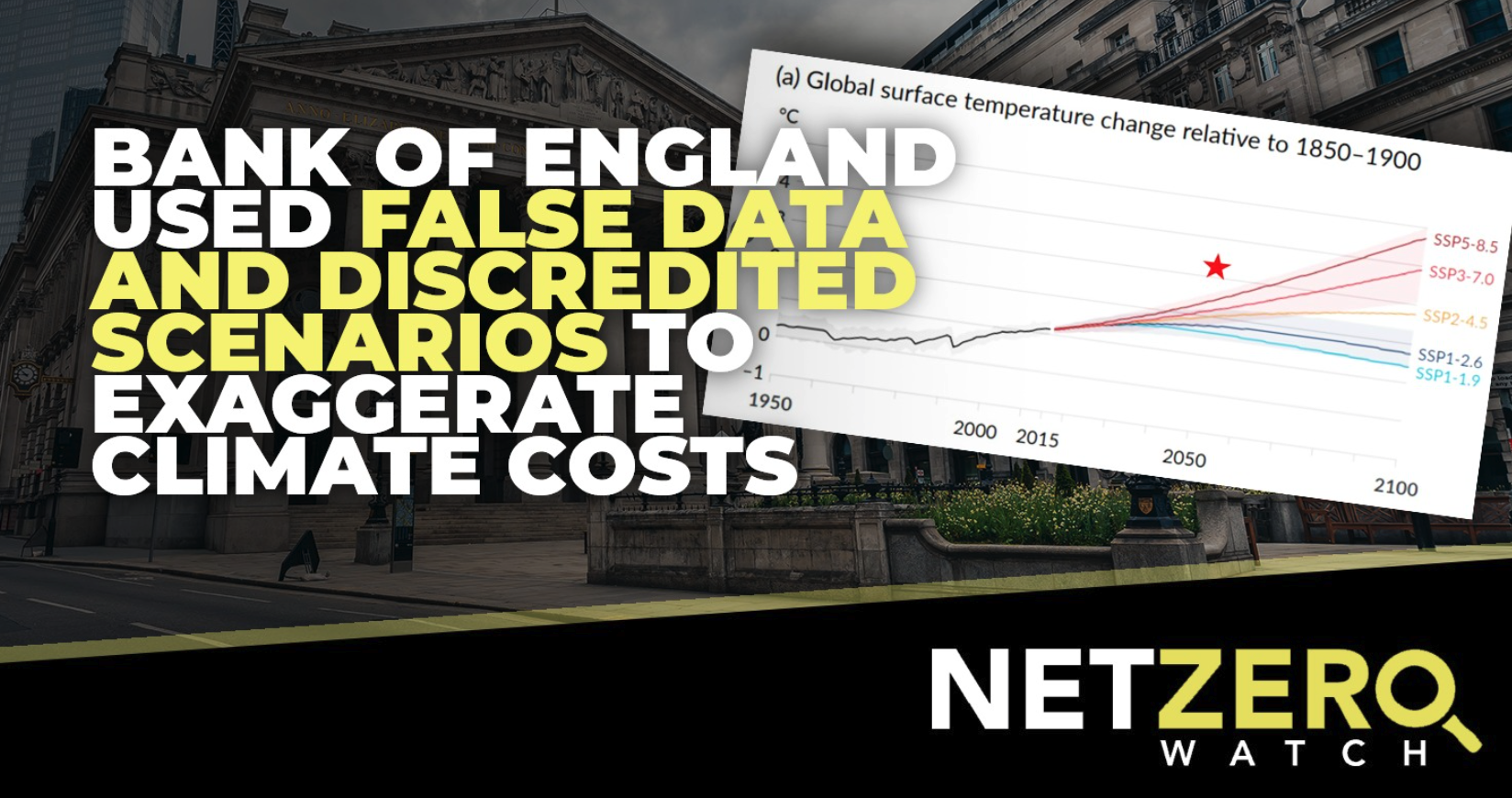 London, 26 May – Net Zero Watch has called on the Bank of England to withdraw it latest climate stress test report as critics expose the bank’s use of false data and discredited scenarios.

Experts have criticised the Bank of England’s (BOE) climate stress test for adopting discredited projections of a global temperature change of 3.3C by 2050. This BOE projection far exceeds the IPCC’s SSP5-8.5 scenario – an extreme scenario which in itself is generally regarded to be extremely unlikely.

The BOE projects a baseline scenario of a global temperature change of 3.3C for 2050 – far above the IPP’s worst case scenario (see red star outlier in the annotated IPCC scenarios chart).

By using the most extreme and most unlikely scenario the Bank of England has grossly distorted the cost estimates for climate impacts in the next 30 years.

The BOE cites a study by Knutson et al. 2020 in its projections for tropical cyclones, but mispresents its findings: The BOE erroneously claims that the “global frequency of very intense tropical cyclones (category 4–5 storms) that tend to drive property damage is also projected to increase.”

As Prof Roger Pielke Jr. has pointed out, the study the BOE uses in its projections for tropical cyclones (Knutson et al. 2020) comes to the very different conclusion: “In summary, author opinion was divided on whether the global frequency of very intense (e.g., category 4–5) TCs will increase or not.”

The BOE claims that up to 7% of insured UK houses may be uninsurable by 2050 because of increased flood risk. But there is absolutely no evidence for this dramatic rise in uninsurable houses, merely what participants from the insurance industry think might happen. In reality, the number of homes damaged by flooding each year is numbered in the thousands, even in a bad year.

The BOE also claims that general insurers will suffer higher claims for wind-related damage. However this runs counter to UK Met Office data which shows that storms in the UK have been declining in strength since the 1990s. 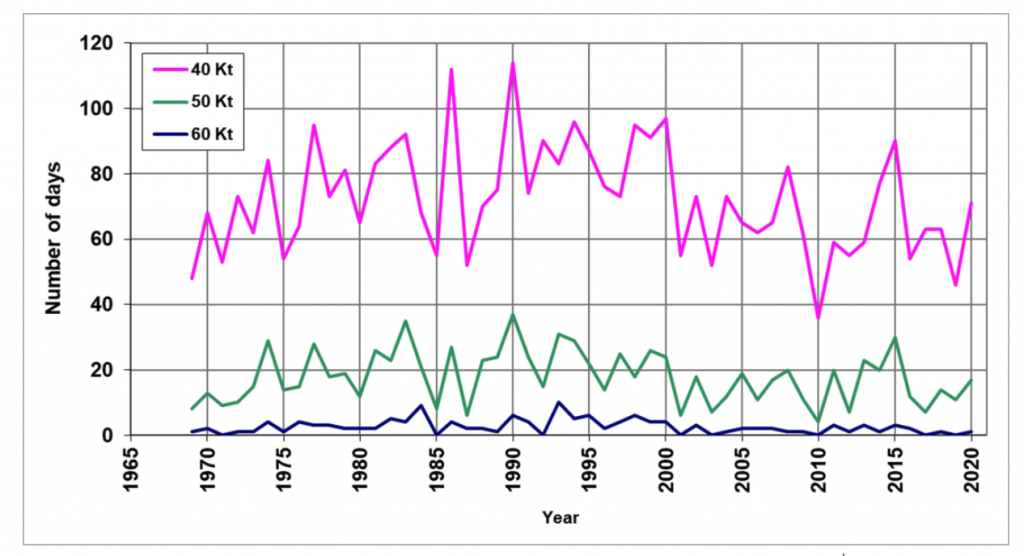 According to empirical data published by MunichRe and the World Bank losses from climate and weather-related events have been falling significantly as a percentage of GDP in the last 30 years, despite a rise in global temperatures.
The Bank of England’s climate stress test is fatally flawed. Unless it is withdrawn the bank’s reputation and credibility will be severely damaged.”