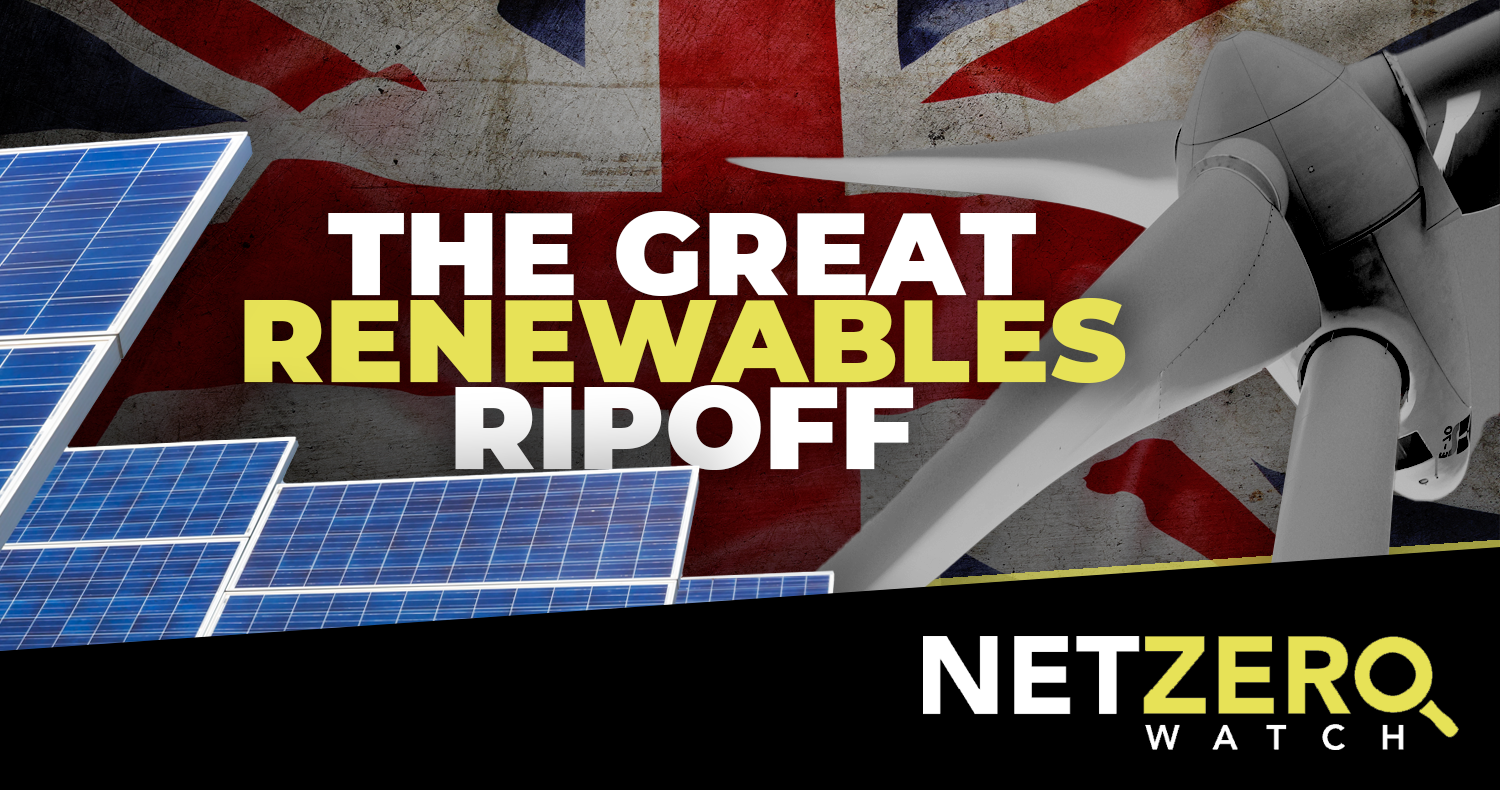 Back in March, the Energy and Climate Information Unit, a think tank funded by green billionaires, made a great deal of noise about so-called “negative subsidies” paid out under the Contracts for Difference Scheme. With market prices for electricity having soared, generators in the scheme found that they were having to pay back large sums of money into the scheme, rather than taking money from it as they normally do.

The sums involved are not insignificant. The net repayment into the scheme was £133 million in the final quarter of 2021, and the ECIU declared, somewhat breathlessly, that consumers have benefited to the tune of £660million by April 2023.

One small (well, rather large actually) problem with this claim was that the beneficiaries of these repayments were actually the electricity suppliers. That’s because the CfD scheme only dictates that the money gets that far: there is no mechanism in the legislation to return it to consumers. Essentially the scheme relies on market forces to bring prices down, but with the electricity supply market in dire financial straits, that isn’t going to happen any time soon. So consumers end up being ripped off.

But that’s not the only problem. At the start of April, the annual uplift to CfD prices kicked in, and a princely 7% or so was handed out across the board. The price increase has two components. The first is an indexation adjustment, which is another ripoff of consumers because only a very small percentage of a windfarm’s costs are subject to inflation. The second is an adjustment for increased grid charges. Since the increase is mostly down to the ever-expanding presence of windfarms on the grid, this is essentially a transfer of costs from guilty to the innocent. Another rip-off in other words.

The CfD strike price uplift was enough to wipe out negative subsidies for a few weeks. After that, there was a sudden collapse in gas prices, and therefore electricity market prices. While one might have hoped that this would filter through to consumers, this is certainly not the case in the CfD scheme, where the low prices meant that consumers were back to handing money over to windfarms. Old-fashioned subsidies have been running at £1-6 million per day to windfarms for a few weeks now. So yes, consumers are being ripped off again.

The ECIU’s £660 million figure, earned between October 2021 and April 2023 means an average daily rate of (minus) £1.1 million. The expectation would therefore have been that by now we should be at around £70 million of repayments. Instead of that, we are at £10 million, and in a few days time the cumulative position could be back to zero. 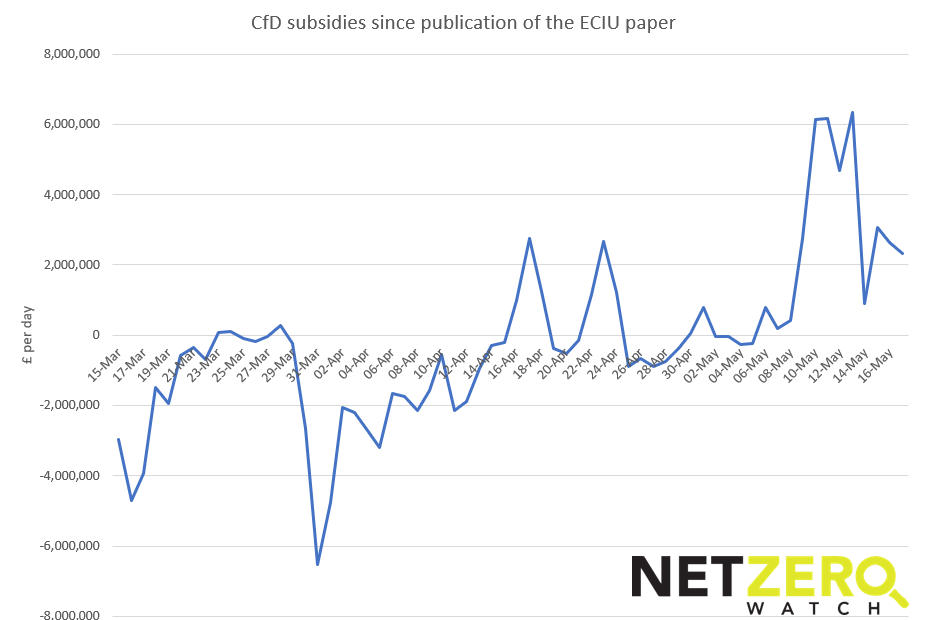