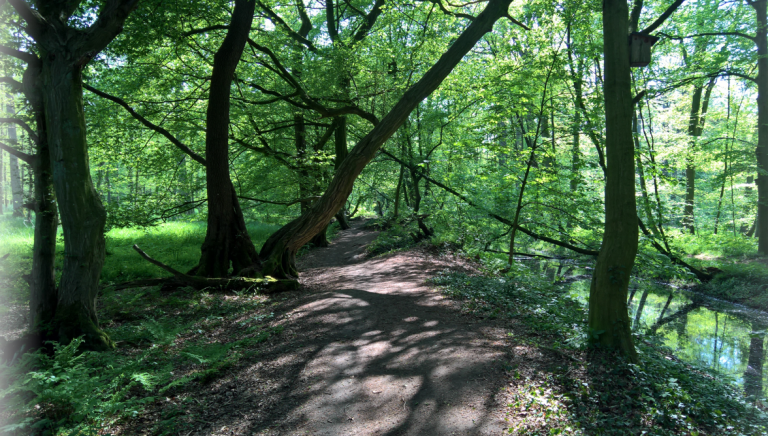 Lately we’ve been reporting on what many people are calling one of the greatest environmental felonies in Europe: the deforestation of the 1000-year old Reinhardswald, known as the “fairy tale forest”, in order to make way for largescale industrial wind parks to produce “green” energy. Proponents claim  the wind parks will save our environment and climate. Clearing the forests has already commenced.

We reported on this environmental crime here, here and here.

At the Swiss NZZ daily, Christian Saehrendt writes on the “absurdity” of clearing one of Europe’s last remaining intact forests to make way for monster wind parks.

In the Reinhardswald, which covers an area of around 200 square kilometers, there are centuries-old oak trees, a highly developed natural biodiversity that is home for example to rare wild cats and populations of white red deer – a balance which has taken 1000 years to establish. But now it’s all being industrially raped, gangbang-style, by crony, greedy bastards under the guise of environmental virtue. It’s a grand swindle that in normal times would have everyone enraged.

But these are not normal sane times. The NZZ reports: ” Yesterday, trees were planted as climate savers; today, only plastic rotor blades count.”

The Swiss daily adds:  “This spring, the authorities in northern Hesse approved the construction of a wind farm with at least eighteen 240-meter-high wind turbines in the middle of this forest area, causing widespread consternation.”

The densely wooded and rural region around Kassel, where the Documenta world art exhibition is being held again this year, has actually traditionally relied on tourist marketing as “fairy tale country” and is served by the “German Fairy Tale Route,” In the past, this has also gone down well with overseas tourists, especially Asians,” writes the NZZ. ”

Wind park proponents defend the deforestation of one of Europe’s remaining virgin forests by claiming that only sick areas of the forest are being cleared away and that the turbines will “free Germany from the clinging grip of Russian energy imports”….and save our climate for generations to come.

“The Federal German Ministry of the Environment recently permitted the construction of wind turbines in natural reserve areas. In addition, species protection is to be weakened,” the NZZ accurately reports. “The initiative ‘Windpark-Reinhardswald-dagegen’ declared: ‘The so-called treasure house of European forests – is ruined for decades. We are horrified.’”

Not to worry…let them go to fake forests

“While the real, historically grown fairytale forest outside the city is being cut down, artificial substitutes are being created within the city. For example, Kassel’s civic society has been fighting for months over the redesign of the Brothers Grimm Square, which is conceived in the form of a “fairy tale forest” of pine trees and shrubbery – whereby at best a light miniature forest on a traffic island can emerge.”

The NZZ adds: “In Kassel’s Grimm Museum – the ‘Grimmwelt’ – which will again be a Documenta site in the summer, an artificial forest has already been built in, its thorn hedge atmosphere created by those green and vertically arranged brushes familiar from car washes. Even in these local events, a mega-trend of our time becomes visible: the desensualization and media filtering of our experience. Nature is increasingly staged and unreal. City groves instead of primeval forests, artificial worlds instead of nature, while the landscape outside becomes more and more inhospitable and loses its face.”