The election horse that mysteriously got away 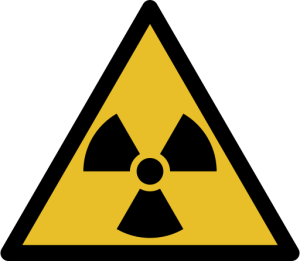 With virtually no public campaign at all, out of the starting gates, 53% of Australians thought nuclear power was good idea. Only 23% were against it. This was a survey done in April. Scott Morrison could have played the brave man-of-action card — (solving the climate wars with a 50 year old tried and true technology!).  It would have been an easy sell once Australians found out there were 440 nuclear power plants in the world, and that even Armenia has one. And so does Belarus. Mexico has two,  Hungary has four, and the Czech Republic has six. They’re everywhere.

Prime Minister Morrison may have even had these survey results in the lead up to the election? So why didn’t he play that card? Was it really fear of “the anti nuclear” green hippies, or something else…

The conservative government missed the chance to sell a big vision, and knobble “Climate” witchcraft

The survey of 1,000 people was commission by the Institute of Public Affairs in April.

Make no mistake, the cheapest solution to our power crisis starts with checking the scientific evidence of the foreign committee in Geneva that claims CO2 causes a catastrophe. For a mere 0.00001% of what we spend on renewables we could discover that the hot spot is still missing, the models were wrong, and CO2 is good for crops, forests and desert plants. We’d be free to use cheap brown coal power at 3 cents a kilowatt hour wholesale.

Nuclear isn’t that cheap but it’s better than the bonfire extravaganza of Snowy 2.0 pumping to nowhere, plus billion-dollar interconnectors, burning batteries and bird killing windmills.

France built 56 nuclear plants in just 15 years. Imagine how silly the conservatives will look if the Labor Party manages to build the first nuclear plant in Australia?