Global-Woe: The transition has stalled — the world is using more fossil fuels than ever (Still 80%!)

Reality must be depressing for Green-believers. Here they are, after all this revolutionizing, they’ve installed more than a million megawatts of glorious solar and wind totems and it has barely made a dent. The world still stubbornly runs on fossil fuels.

A new study says that the world is using more fossil fuels than ever as the transition to green energy stalls.

The Renewables 2022 Global Status Report says the share of wind and solar in the global energy mix has risen minimally in the last decade.

“The share of renewable energy has moved in the last decade from 10.6% to 11.7%, but fossil fuels, all coal and gas have moved from 80.1% to 79.6%. So, it’s stagnating,” said Rana Adib, the executive director of REN21. “And since the energy demand is rising, this actually means that we are consuming more fossil fuels than ever.” As the world rebounded from Covid-19 in 2021, there was a significant rise in overall energy use, most of which was met by fossil fuels.

Here is the whole last ten years of the renewables revolution

Despite having 61 figures in their 367 page report, they didn’t seem to have a graph of how global fuel sources have changed. To help them, I created one:

What would you do, if you had thousands of marketing dollars to spend and wanted some eye candy that made renewables look like they weren’t a complete failure. You might use something like this: 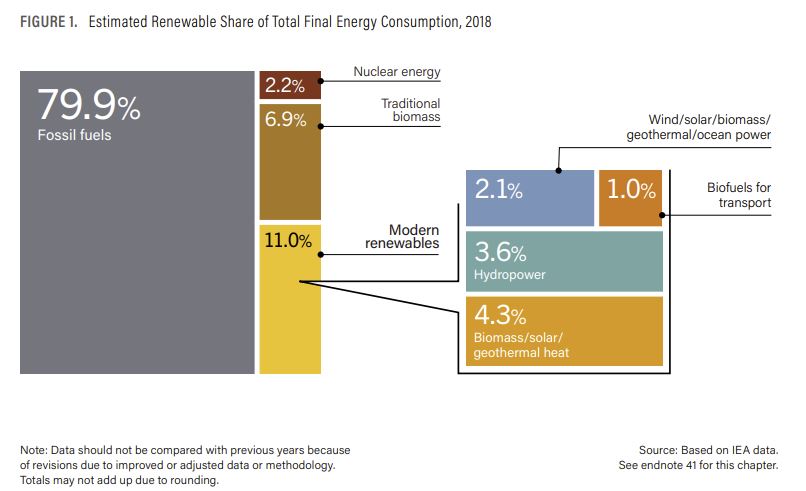 And here’s 1.2 million megawatts of wind and solar power installed in the last decade. If only it was useful? 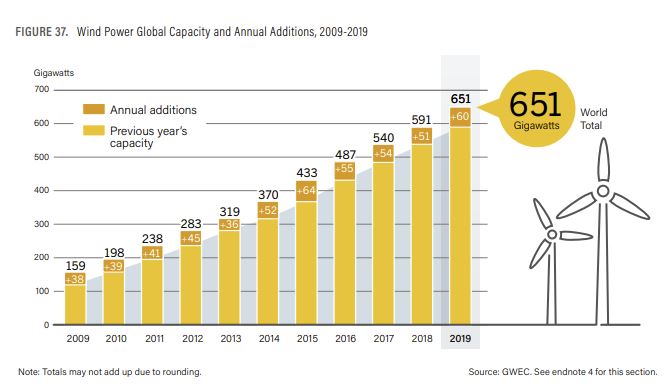