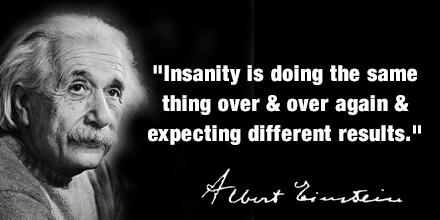 Australia is yet another perfect example of how to trash a power supply with heavily subsidised and chaotically intermittent wind and solar.

Germany, California and Texas led the charge and Australia’s so-called renewable energy capital, South Australia was amongst the front runners.

SA set the tone with Australia’s first statewide blackout – during a spring storm which saw the automatic shutdown of hundreds of wind turbines unable to cope with gale force winds – and dozens of mass load shedding events, every time the sun set and/or calm weather set in.

Over the last week, power consumers have not only been whacked with massive increases in their power bills, they’ve been told to not use power in order to preserve the little that is being produced by Australia’s remaining coal-fired power plants. Mineral processors, such as aluminium smelters, like Tomago in NSW, were simply cut from the grid under the euphemism “demand management”.

Wind and solar went AWOL, as usual. And, so too, common sense amongst politicos and the MSM.

The new Federal Energy Minister (inaptly named, to be sure) derided his predecessors for failing to invest in wind and solar and promised to throw $billions more taxpayer’s money at wind turbines and solar panels, in the deluded belief that doubling down on the disaster can only improve things. Einstein had it right.

The skill set of the new Labor government would be perfectly suited to a three-ring circus. Packed with career politicians and former union hacks, there’s not an engineer or small business owner among them.

True it is that the former Liberal government set the tone with its ludicrous move to adopt – as a die in a ditch policy – a net-zero carbon dioxide emission target of the kind that has been championed by the hard green left in this country, and elsewhere, over the last few years.

Now that the writing is on the wall, one might think that a new government faced with rocketing power prices and a grid on the brink of collapse might get to grips with reality. Not a bit of it – unfortunately for Australia’s long-suffering households and energy-hungry businesses the insanity continues.

Blessed with abundant gas, coal and uranium reserves the fact that Australians are being denied electricity – and forced to pay a fortune for it when it is available – is outrageous.

The Australian’s Chris Kenny is one of the few in the MSM who shares our sense of indignation.

Science denial is rampant in the climate and energy debate. And the consequences are there to see in the here and now, in higher electricity prices and energy insecurity so acute that governments are warning people to refrain from using power.

What is happening in our national electricity market is a national disgrace. The only reason we are not seeing a vicious reckoning in our political debate is because all the major political stakeholders are complicit in this reckless abandonment of responsibility, and most of the media is in on the ruse.

For our political/media class to grasp the gravity of the crisis and implement the necessary solutions would require them to confess their culpability. They prefer pretence, so that although the source of the crisis is the headlong rush to promote and subsidise renewable energy to squeeze out coal and gas-fired generation, their proposed remedy is to encourage more renewables.

This is the clean-energy equivalent of throwing fuel on to the fire. Like installing solar panels in the basement.

This was predictable. They have been warned. They have seen real-life examples unfold before their eyes. But they cultivate delusion.

Ideological, addicted to political fashion and malleable in the face of the zeitgeist, our politicians end up arguing inconsistent lines from one moment to the next. Just as Joe Biden campaigned on curtailing the oil and gas industries but now begs them to produce more fuel, NSW Energy Minister Matt Kean has championed policies to drive coal-fired power off the grid but now begs coal generators for more energy.

These people believe in nothing except politicking and chasing the adulation of green-left media, Twitter and the woke corporate set. They forget that electricity is not only fundamental to the functioning of a developed nation but is immune to the vagaries of politics, abiding instead by the rules of physics and practical constraints of real-world supply and demand.

Earlier this year Kean, along with Labor, was pooh-poohing the Morrison government’s plan to fund a gas-fired generator at Kurri Kurri in NSW’s Hunter Valley to buttress dispatchable supply. It is astonishing that anyone believes a word these politicians say as they bang on about renewable energy delivering a jobs bonanza with cheap and plentiful energy.

Never mind that this has not been delivered in any comparable setting. The media offers mainly adulation; on climate and energy, sanctimony trumps scepticism.

Many of us have been warning about this folly for a decade or more. In 2016 I wrote about how in my old home state of South Australia, the only two coal-fired plants had been demolished and some gas generators had been mothballed too. The state government boasted about leading the nation in wind generation but it was clear to me that SA was “the canary in the coalmine or, more to the point, the canary without a coalmine” as I pointed out that if the “wind doesn’t blow or the interconnector (to Victorian coal-fired power) is broken” the state would be stuck.

Less than two months later the interconnector shorted out when a storm shut down some wind farms and blew over a transmission line. Without any available dispatchable generation, the state suffered its first statewide blackout, which lasted for days in some towns and inflicted more than $300m in damages and forced the government to spend $500m on diesel-powered generators to back-up their renewables nirvana.

That was the hard experience from the vanguard state of renewable energy. But the political/media class around the country ignored the facts and pretended the problem was the storm.

On one hand it is hardly surprising that Liberal and Labor state governments would accept the closure of coal-fired generators, given that is the intended aim of their policies. This shows they favour climate gestures rather than powering their states – an extraordinary abrogation of their duty.

Now the NSW government has sought emergency powers so it can direct coal-fired generators to supply electricity. Do they want to close them or run them?

This is what a clean, green transition looks like. It is not clean, or green, or remotely consistent, honest or reliable. To keep our electricity grid functioning, we were told this week to refrain from using it. That is the absurdity of our climate and energy effort. We have deliberately vandalised one of our greatest economic advantages. We have turned an energy-rich nation, blessed with abundant and affordable power, into an energy-poor nation where even high prices do not guarantee supply.

A First World nation is turning itself into an energy basket case, squandering jobs, straining businesses, hurting the poor while the wealthy and woke cheer for more. We need wonder no longer about the fall of empires – clearly they succumb to hubris and delusion.

The mismanagement of our energy policy due to climate change gestures is a public policy scandal at least as great as Labor’s tragic dismantling of our border protection 15 years ago – probably worse, given the long-term implications. Incredibly, last year, the federal Coalition caved in and accepted the totemic net zero by 2050 pledge

Scott Morrison’s decision was blatantly political, an attempt to assuage media and corporate activists while ignoring real-life consequences. And it shamefully disregarded its inherent environmental futility, with our internationally insignificant emissions reductions dwarfed many times over by rising global emissions.

Right-of-centre politicians used to know that practically inane policies driven by emotive posturing were the stock in trade of the left, and that the conservative side of politics existed to eschew ideology and focus on what worked. Not any more – the so-called moderates have such a hold on the Liberal Party that virtue signalling and appeasing critics trump real world problem-solving.

These “moderates” think the way to recover from political defeat is to become more like your opponents. Perhaps Kean will change his name to Allegra and wear a teal T-shirt – that ought to do it.

In October last year, when Morrison was about to adopt net zero, I said this would “jeopardise a federal election victory that was looking more than likely” and that the Coalition was pretending away the “energy supply and price crisis, largely caused by climate policies”, that was gripping Europe. It is hard to fathom their move in light of the evidence around them.

Since the Liberal Party assassinated Tony Abbott, it has given up its central purpose of advocating common sense in favour of appeasing its critics. This is the antithesis of what Robert Menzies envisaged.

The facts about net zero are obvious and incontestable, according to science. To start, net zero is inevitable, eventually, but as the International Energy Agency has made clear, it is not achievable on current technology without a heavy reliance on nuclear energy. It is also irrefutable that what Australia does in the short term will have no impact on the environment. Our responsibility must be to make a proportionate contribution to global efforts (we have already done that) and prioritise reliable and affordable energy to support the social and economic wellbeing of our people. Arbitrary net-zero deadlines imposed by UN zealots can only harm the people of this nation without improving the weather.

Digital media has intensified and accelerated the tendency for politicians to chase fashionable approval. Kean, Biden and federal Energy Minister Chris Bowen are superheroes on Twitter; it is only in the real world that they fall flat on their faces. Bowen spruiks electricity storage as the solution, blithely suggesting he can solve the key problem confounding the best minds and deepest pockets in the world.

When Bowen and Anthony Albanese signed a letter to the UN, promising to increase the nation’s 2030 emission reduction target from 26 per cent to 43 per cent, they might have signed their political death warrant. In the middle of an energy crisis, they ignored the impact of electricity bills on household budgets and the broader economic harm, choosing instead to doff their caps to the UN.

The Coalition under Peter Dutton ought to take on this madness with vigour. They should take it on in the name of common sense, affordable and reliable energy, on behalf of economic resilience, national security, climate realism and political conviction.
The Australian 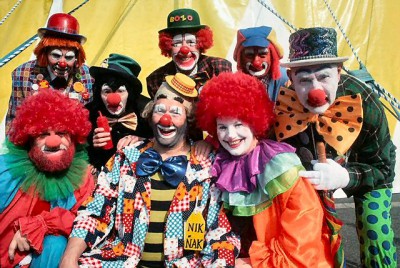