There was inevitably much hype from the BBC/Met Office about a bit of pleasant weather last week, and the inevitable blaming on climate change:

The UK has recorded its hottest day of the year so far, with temperatures set to rise on Friday, the Met Office said.

On Friday the mercury is expected to rise to 34C in the south east of England, exceeding temperatures in parts of Jamaica and the Maldives.

Across most of England and Wales, highs of between 27C and 30C are expected.

The Met Office said the "unusual" temperatures for June were a result of high pressure over the southern half of the UK and a south-westerly airflow bringing warm air across the UK and Europe.

The weather has not yet beaten the record for the hottest June day ever, which was a high of 35.6C at Southampton Mayflower Park in June 1976.

He said: "Reaching 34C during June is a rare, but not unprecedented, event in the historical climate records for the UK.

"But if it should happen this week it would be notable that it would have occurred on three days during the last six Junes."

Friday came and went, but as the actual data showed afterwards, the weather was not remarkable at all.

And as Dr McCarthy should know, hot days like these are WEATHER EVENTS, NOT CLIMATE! 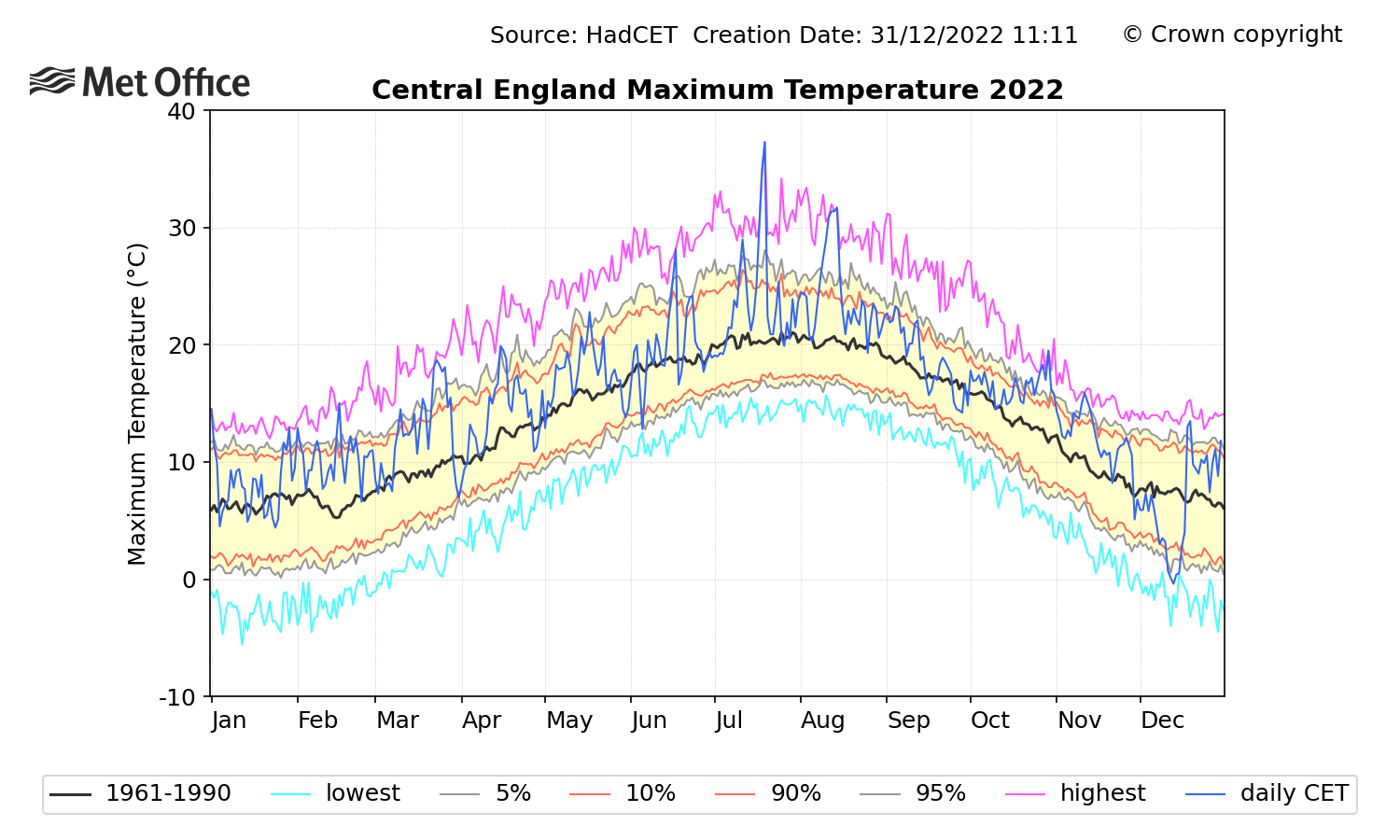 Notice how he is trying to ramp up alarm based on data which did not even exist at the time, and which eventually proved to be a woefully inaccurate prediction.

Apparently this is what we pay our Met Office for!